Home | ‘The Mask of Sanity’ Details

‘The Mask of Sanity’ Details 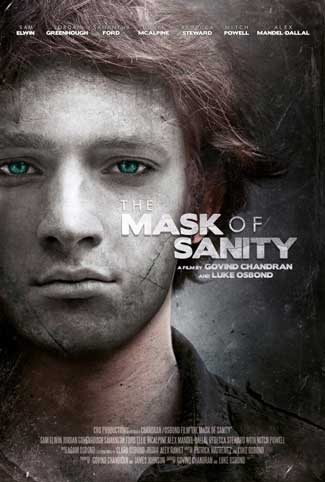 Made up predominantly of a cast of actors/actresses from a range of (playing age) 18 – 25 year olds and based within a university setting and context, The Mask of Sanity is a modern re-imagining of character archetypes created by Sir Arthur Conan Doyle (particularly those within the Sherlock Holmes novels).

The film is a look into the mind of someone who walks the fine line between being a genius and a psychopath and the consequences and weight of such a life and draws inspiration from: Silence of the Lambs, The Social Network, Sherlock Holmes, Fight Club and Good Will Hunting.

The Mask of Sanity is a modern re-imagining of character archetype of someone who walks the fine line between being a genius and a psychopath, and the consequences and weight of such a life.”

“The Mask of Sanity is a book written by Hervey Cleckley, M.D., first published in 1941, describing the clinical interviews of Cleckley with incarcerated psychopaths. It is considered a seminal work and the most influential clinical description of psychopathy in the 20th century. The basic elements of psychopathy outlined by Cleckley are still relevant today. The title refers to the normal “mask” that conceals the mental disorder of the psychopathic person in Cleckley’s conceptualization.

Cleckley describes the psychopathic person as outwardly a perfect mimic of a normally functioning person, able to mask or disguise the fundamental lack of internal personality structure, an internal chaos that results in repeatedly purposeful destructive behavior, often more self-destructive than destructive to others. Despite the seemingly sincere, intelligent, even charming external presentation, internally the psychopathic person does not have the ability to experience genuine emotions. Cleckley questions whether this mask of sanity is voluntarily assumed intentionally to hide the lack of internal structure, or if the mask hides a serious, but yet unidentified, psychiatric defect.

An expanded edition of the book was published in 1982, after the DSM, the manual used in the United States for categorizing psychiatric disorders, had changed the name and standards for the classification of psychopathy to antisocial personality disorder, incorporating most of Cleckley’s 16 characteristics of a psychopath listed below. The original edition of the book is no longer available.”

Directed by Govind Chandran and Luke Osbond, THE MASK OF SANITY stars Rebecca Steward, Jordan Greenhough and Samantha Ford. The film will be showing in theaters in the UK on May 19th, 2012.

Find out more about this film on Facebook:
www.facebook.com/pages/The-Mask-of-Sanity/114991438584519
and also check out: zandersankey.com/

Tags The Mask of Sanity