In the new six minute clip from the season premiere of True Blood we find that Sookie (Anna Paquin) is once again returned to the ethereal otherworld. There she runs into the familiar face of Barry the Bellboy (Chris Coy) who was also born with fae blood. 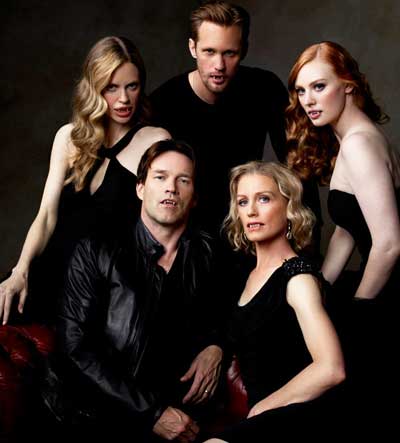 Sookie can stop him, Barry tastes a strange glowing orb called light fruit and tells her that it is like “biting into pure happiness.” Sookie is reluctant to consume the fruit and encounters her Granddaddy Earl (Gary Cole) and discovers that her kin has lost all track of time. It seems that not everything is sunshine and glowy fruit in fairyland and when Queen Mab rears her ugly head things start to look a little less appealing in “paradise.” Season Four of True Blood kicks off on HBO June 26th, 2011.