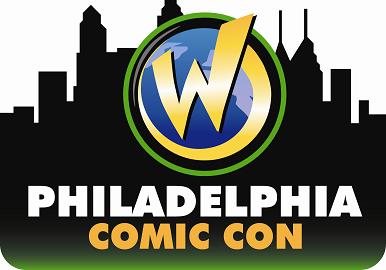 Unless noted, Philadelphia Comic Con programming will take place in the designated panel rooms at the Pennsylvania Convention Center, and is included with admission to the event. Seating for panels is strictly limited and available on a first come first serve basis and each room will be cleared between panels. The full schedule is below:

2:00-2:30PM
Lou Ferrigno Q&A
Have your questions ready for the original Incredible Hulk Lou Ferrigno, or risk getting crushed. Don’t say we didn’t warn you. (Room B)

2:30-3:00PM
Margot Kidder Q&A
With a career spanning over forty years, and with countless roles on both the big and small screens, acting veteran Margot Kidder (Superman; Sisters; “Smallville”) makes a rare appearance at Philadelphia Comic Con to share her secrets to longevity in Hollywood. (Room B)

3:00-3:45PM
Exposed: The Secrets Of Professional Wrestling
Ted DiBiase, Virgil and Dawn Marie give fans the low down on what’s real and what’s not in the world of professional wrestling. (Room B)

4:00-4:45PM
Independent Filmmaking With Dan Fogler
Hollywood actor Dan Fogler (Balls of Fury; Fanboys; Kung Fu Panda) and his producing partner Thomas Sullivan will discuss making films outside of the mainstream Hollywood system, as well as the difficulties and freedoms of producing independent works. (Room B)

Digital Comics and the New Publishing Model (Room B)
Borders is failing and Comixology is trending. What does this mean for the future of comics? Get advice on formatting, marketing, publishing and more from creators who’ve successfully made the crossover from web to print. (Room B)

12:00-12:45 PM
Star Wars Q&A With Jake Lloyd, Peter Mayhew And Daniel Logan
The stars behind Anakin Skywalker, Chewbacca and Boba Fett take fan questions and discuss their thoughts on the evolution of one of the highest grossing film franchises in history. (Room A)

Mike Grell Q&A
The legendary comic icon behind classic Legion of Super-Heroes Tales and Warlord talks about his tips of the trade and shares his secrets from making it in comics. (Room B)

Breaking Into Comics With Humberto Ramos, Francisco Herrera And Edgar Segura
Fan favorites Humberto Ramos (Wonder Woman; Astonishing X-Men), Francisco Herrera and Edgar Segura (Superman/Batman) team up to give out their tips on refining your art, pitching to publishers, and any other sound advice they can think of about working in comics. (Room B)

Smurfology 101
This year “The Smurfs” animated series will be celebrating its 30th Anniversary with a new feature film to be released later this summer. The loveable blue gnomes are preparing to Smurf their way into the pop culture landscape yet again! Follow the world’s leading Smurfologist Matt Murray as he traces the Smurfs roots from character concepts for an unproduced Belgian short film, to global TV superstars and beyond. Includes special glimpses from Murray’s upcoming book The World of Smurfs, due from Abrams Image in August. (Room C)

2:00-2:45PM
Boondock Saints Q&A With Norman Reedus And Sean Patrick Flanery
The pair known as Murphy and Connor MacManus in The Boondock Saints I and II reteam for a special Q&A session where they will share the details behind the movies, their careers, and everything you never got to see onscreen. (Room A)

Green Lantern Panel Part I
Some of the minds behind Green Lantern team up to discuss the writing and sketching processes behind one of comics’ most popular series. Featuring artists Ethan Van Sciver, Carlos Pachecho, Prentis Rollins and writer Tony Bedard. (Room B)

3:00-3:45PM
Julie Benz Q&A
As a star of hit shows like “Buffy the Vampire Slayer,” “Dexter” and “No Ordinary Family,” Benz talks to fans about her extensive career, ups and downs in the industry and her thoughts on the new generation of sci-fi and fantasy on television. (Room A)

4:00-4:45PM
Batman And Robin Q&A With Adam West And Burt Ward
The original ’60s Dynamic Duo reteams for this one-of-a-kind Q&A, where Batman and Robin drop their masks and talk about their lady co-stars, the villains they faced and the wild nights after the show! (Room A)

Wizard Art School With Bill Sienkiewicz
Join Eisner Award winning artist Bill Sienkiewicz (Batman: The Widening Gyre covers), as he gives an insiders’ look at his art processes, and gives advice on his personal do’s and don’ts of the trade to new creators interested in sequential storytelling. (Room B)

5:00-5:45PM
Bruce Campbell Q&A
Best known for his roles on the big screen in cult classics such as Army of Darkness and Evil Dead, or as Sam Axe in the hit television show “Burn Notice,” Bruce Campbell has proven to be a force to be reckoned with both on-screen and behind-the-scenes as an actor, director and author. Don’t miss an opportunity to ask him questions when he makes a rare appearance at Philadelphia Comic Con. (Room A)

6:00-8:00PM
Costume Contest
Get your best costume together and come on down to Wizard World’s Philadelphia Comic Con costume contest for fun prizes and some of the craziest outfits you’ll see this weekend. (Room A)

8:00-9:00PM
Official Wizard World Zombie Beach Party
After the show, the party continues at The Zombie Beach Party! Professional makeup artists will transform you into a zombie for the night ($10 face painting fee), then let loose and party with DJ Kiltboy and Dave Ghoul. The Slotcars and The Sharkskins will also take the stage, and don’t miss out on the prizes for the most creative zombies of the night. Wizard World Comic Con attendees are free with wristband; guest tickets are $10. (Trocadero Theatre – 1003 Arch Street )

11:00-11:45AM
Buffyfest Q&A With Mercedes McNab And Clare Kramer
Join the ladies known as Harmony and Glory on the hit TV show “Buffy the Vampire Slayer,” as they discuss their days on the show and dish about what went on behind-the-scenes of the show that just won’t die. (Room A)

12:00-12:45pm
Walking Dead Q&A With Chandler Riggs, Iron E. Singleton And Addy Miller
AMC’s ambitious horror series based on Robert Kirkman’s ultra-hot zombie series from Image, now comes to life from director Frank Darabont (“The Green Mile”)! Check out this amazing preview of behind-the-scenes footage and extended clips along with a Q&A with some of the show’s stars. (Room A)

2:00-3:00PM
Adam Baldwin Q&A
With roles on sci-fi classics such as Serenity, “Firefly,” “The X-Files” and “Angel,” Adam Baldwin’s extensive résumé speaks for itself. Don’t miss his Wizard World Comic Con debut, where he will sit down to answer fan questions and share his favorite moments from the shows we’ve all come to love. (Room A)

Kids’ Costume Contest
Bring kids 10 and under for this special event with fun prizes just for families and the youngsters. (Room B)

3:00-3:45PM
Sound Of Musical Interlude With Ethan Van Sciver
The halls are alive with the sound of…“music.” Ethan Van Sciver (Flash: Rebirth) invites you to spend the hour trapped in a small room discussing cannibalism, Wolverine, deviancy and all manner of filth and disease through the art of song. Not since Liberace has anyone tickled the ivories with such aplomb. Well, Richard Marx was good… but Ethan is good too! Come and see! (Room B)

Philadelphia Comic Con is the sixth stop on Wizard World’s 2011 North American tour. Hours are Friday, June 17, noon – 8 p.m., Saturday, June 18, 10 a.m. – 7 p.m., and Sunday, June 19, 10 a.m. – 5 p.m. Tickets are available in advance online at www.wizardworld.com/philadelphia.html at a savings over tickets purchased at the door. Advance adult single-day tickets are priced at $25 ($35 on site); three-day weekend tickets are $45 ($55 on site), and tickets are free for children age 10 and under when accompanied by a paid adult (limit two children per adult). VIP packages with special entry and exclusive items are also available on a limited basis.

For the most recent event information please visit www.wizardworld.com and become a Philadelphia Comic Con Fan on Facebook.