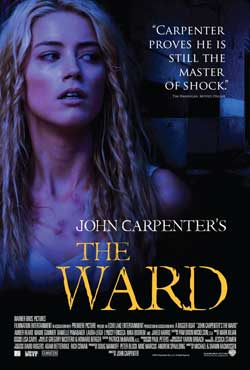 A thriller centered on an institutionalized young woman who becomes terrorized by a ghost.

Kristen a young traumatized girl is sent to the state mental hospital after she is arrested for setting fire to a local house. There is little revealed as we assume that Kristen is just a troubled girl who has to spend some time in a women’s mental hospital. Beyond the shock of thrown into a new environment, she comes across as pretty level headed and the prime empowered girl of the film. Things begin to get strange as she realizes that the girls and herself are being slowly terrorized by an unknown presence. This presence come sin the form of the ghost of a former resident. Amber Heard as Kristen follows the trend of these style films with the question the surroundings and authoritative approach. While her stay seeds temporary , its her new co-patients Iris, Sarah, Emily, Alice and Naomi that try her patience with their peculiarities and more passive attitude to the institution. Clues and notions begin to add up as Kristen becomes more aware of the situation she is in. 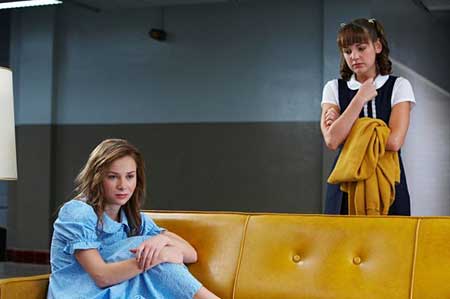 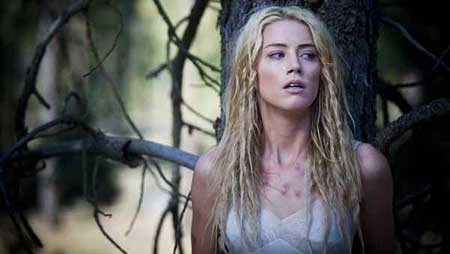 What is surprising is that as an audience we tend to make a few assumptions about what is to transpire only to have them changed up on us. I was happy to see that some of these typicals were thrown out in favor of just building more on the suspense part. with the exception of actor Jared Harris who plays the institute doctor, I was surprised at a cast that was mostly under the radar. Then to my surprise I began to figure out the players. Lyndsy Fonseca comes to us from the Nikita TV series, Amber Heard can be seen in her recent role in Drive Angry. Danielle Panabaker arrives from “The Crazies and “Friday the 13th” and Sydney Sweeney comes from the legacy of ZMD: Zombies of Mass Destruction. In any case the whole team proves to be a nice mix of interesting players. 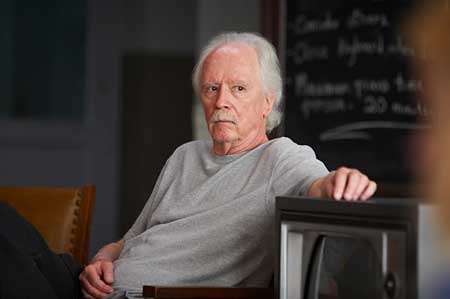 As a horror fan and fan of Carpenters work, its a pleasure to spend time among one of his creations. As the films began and rolled forward i was reminded of the subtleties and special eye he has for film. Those eerie POV’s. the trolley swing around, those wide angle exposures and a careful framing style that sings terror and suspense. The film itself follows in the tradition of films like “shutter Island” in a like circumstance of inhabitants, a doctor and a few psychological twists for good measure. The movie at times feels like it wants to reveal more, but is centered around a clever premise that reveals itself in the final act. 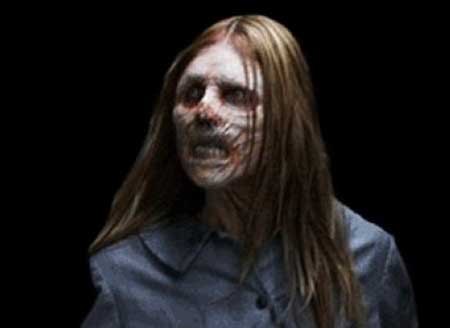 And because of this as viewers, I got the sense that we are calling out mistakes in our heads only to find that they are not that at all. Carpenters does a great job at really suppressing the plot line with alot of initial unanswered questions. This art of build up and reveal is a great technique that we’ve seen in other great horror filmmakers…namely Wes Craven. I did really enjoy “The Ward, but am not sure if I can call it among my favorite of Carpenter’s work. With films like “In the mouth of Madness“, “The Fog” and “Prince of Darkness” being some of my favorites to legacy the Halloween era, The Ward will fit in as a good addition to modern horror but maybe not the extent of overshadowing his former creations. That being said, I still think this is a stunning thriller that is greatly enhanced with a beautifully eerie score. The film is one of the few that isn’t scored by Carpenter and is masterfully orchestrated by Matthew Janszen. 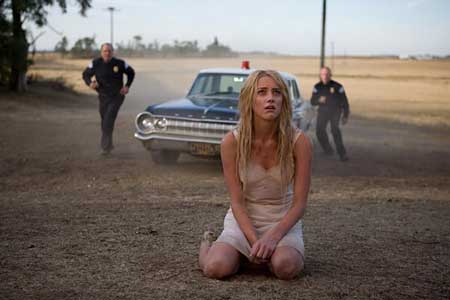 I do love Carpenters soundtrack work, but was glad in this case that it was handled by a composer who really understands the theme and motion of suspense. In the end, the film presents itself as a high energy thriller with plenty of tense moments throughout. Carpenter really takes a script which could have been done incorrectly and makes it a compelling watch.