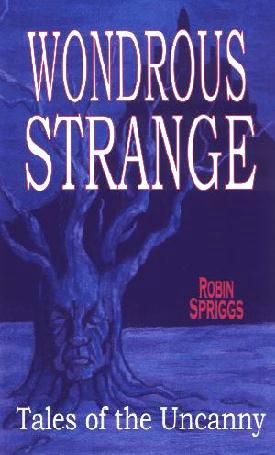 I’m ashamed to admit that I wasn’t aware of this author until perusing this year’s Bram Stoker nominations. It was an Alice in Wonderland moment. I say this because a short while later, I found myself immersed in the wondrously strange land of Robin Sprigg’s writing. And I’m kicking myself for not having discovered him sooner.

As a conjuror of uncanny tales, he’s a suitably enigmatic character. Yet it’s possible to gather a few apocryphal snippets using the ancient scrying device known as Google. It turns out Robin Spriggs is, or was, an actor, writer, teacher, stuntman, fortune-teller, director, game-designer, brothel doorman and occultist. What an interesting life it sounds. Perhaps that’s why he’s able to create such fascinating tales.

Such as the spooky tale of the three ‘weird sisters’ who come alive each evening to torment a would-be suitor. Or the man who becomes besotted with a shop-window dummy. There’s a Southern Gothic tale of flagellating townsfolk. And the marvellous, Theatre of Blood-esque story about an actor that finds a unique way to keep his audience captivated. Not forgetting the tin-can that rises up from the landfill site to seek out its maker. My favourite though, has to be the wonderful, gentle and bewitching faerie tale about a boy and his simple-minded best friend, who stubbornly insists on relating everything his mother tells him – despite the fact that everyone knows she’s dead.

You never quite know what the next page turn will bring. That’s because RS is a literary shape-shifter of sorts, taking you atmospherically and stylistically down a number of different paths. It’s like reaching into a box of chocolates without the handy little guide. (And beware, for some of the candies conceal a razor-blade.) The author also admits to being a pathological craftsman, laboring over nuance, every word. I’m glad he does. It clearly shows.

You could make a comparison with Robert Aickman, because of the unsettling and otherworldly feeling these stories impart. But I hesitate to write this in case the author reads this review and finds the comparison displeasing. I’m currently reading his Stoker-nominated book of prose poems Diary of a Gentleman Diabolist (previously reviewed on this blog by Peter Schwotzer) and I find myself a little unnerved by its occult power. So I write this from a chalk circle, just to be on the safe side. 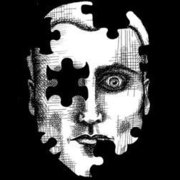 He’s on Twitter @RobinSpriggs, though rarely tweets. But he’s there if you want to follow him. And there are fan-sites online and on Facebook. When people are motivated enough to declare their allegiance publically it’s generally a good sign. One minor bugbear. Currently his work isn’t available in an electronic format, though that’s being addressed. In the meantime, I would urge you to seek out this mysterious tome in whatever format comes to hand. Five Black Stars. 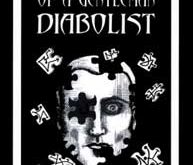