Home | Israel Gets Infected With a Zombie Virus in ‘ANOTHER WORLD’

Israel Gets Infected With a Zombie Virus in ‘ANOTHER WORLD’ 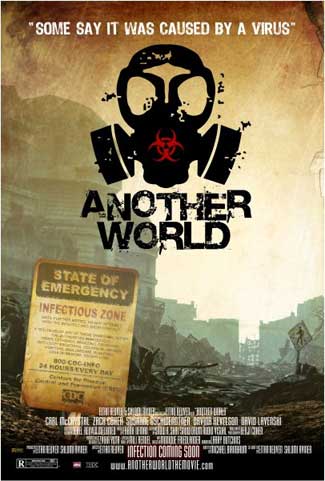 As WINTER OF THE DEAD: METELETSA was Russia’s first take on a zombie horror film so too is ANOTHER WORLD a groundbreaking film for Israel. Many times filmmakers have used zombies as a means of commentating on society by using the monsters as a way to deconstruct what society has created. So, in a sense, the advent of the zombie film could be seen as a bloody window into different lands and cultures allowing viewers to perceive different societies in a way that many never would have imagined. ANOTHER WORLD is a low-budget independent film from Israel written by Michael Birinbaum and directed by Eitan Reuven.

Synopsis:
“Another World : The movie is a post-apocalyptic horror/science fiction film. the setting is in a near post apocalyptic future where a biological warfare program goes wrong, and turns most of humanity to mindless, murderous creatures.

There are five characters, which are still uninfected, trying to survive constant attacks by the infected. each one of them represents in some way a different aspect of human existence, a different world-view, but most important, a different moral view about the world and his/her place in it –

The Colonel – A professional soldier. represents the political-military-economic establishment, which sees life as a constant violent struggle for power and resources.

The Doctor – Represents a commitment to love, justice and non-violent struggle against all wrong.

The Wizard – A young man, an inventor and an autodidact scientist, who looks at life as a puzzle to be solved. he strives to discover, understand and invent, with no thought as to the consequences.

The Daughter – A simple girl with simple ambitions – sailing through life enjoying every comfort, while ignoring or unaware of bigger and more profound issues. 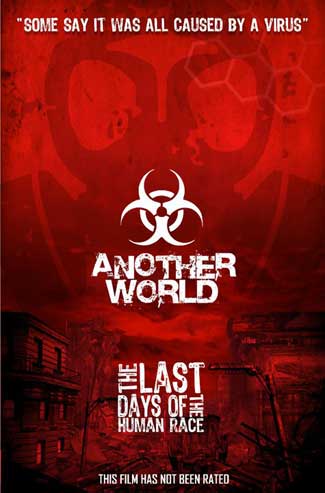 The Mouser – A murderer and rapist, evil in the most banal aspect of the word.

all along, as the characters evolve, they listen to a daily radio program dealing with the extinction of the dinosaurs, finding correlating themes to their own situation. as the protagonists move and try to survive, and as their world views and correlations to the situation are gradually reveled, the following themes are explored: the essence of evil, the boundaries of moral responsibility, species (and humankind) extinction, love, grace, euthanasia and more.”

See what Israel has to offer to zombie culture at the Official Website: www.anotherworldthemovie.com/
or on Facebook: www.facebook.com/Another.World.2011