Book Review: The Horror of the Shade – Author Peter Meredith 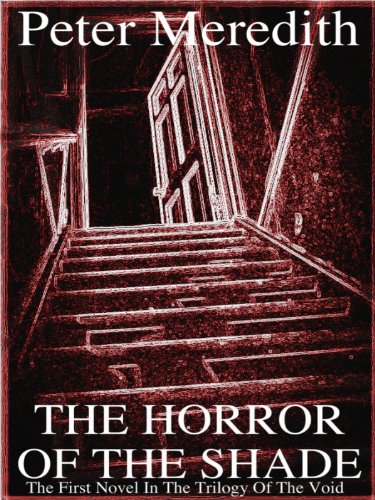 THE HORROR OF THE SHADE

On a warm summer night, death comes for Gayle Jern. It comes unheralded and like all of us, she is unprepared. Her mind is on her family’s recent move to a new home and she is happily filled with the promise of a new beginning. However, promises were made to be broken. In one terrifying night, Gayle must find within her a desperate courage to face the Horror of the Shade alone or flee, leaving her family abandoned to it its horrible desires.”

Author Peter Meredith gives a ghostly tale set on the very real, Governor’s Island and the story is improved by having such a real base to build the fantastical story. We are introduced to character of Adrina, who has second sight and is aware of what horrible things she will have to face when her son comes to her door that morning. She knows she will have to face a demon and that things will not go well. The story jumps from the 50’s and into the 80’s. We are given more set up for the house on Colonel’s row and what appears to haunt the setting. The true cause of the demon appearing in this one house is left a mystery until near the end of the novel.

The strength of the novel is the believable background given the Jern family. The reader is given a chance to get to know them, like them and care what happens to them. It is a well written book that captures the reader’s interest when nothing supernatural is happening. Too often characters only existence in a story is to die in some painful fashion.

The characters heroism is made very believable by all the fears and doubts they have to work through. No one is one dimensional and are given their chance to shine. The author has a flair for describing demon and its effects on humans. The creepiness starts off with the first chapter and builds to final bloody fight. The main characters are brought together to face the evil in its most powerful. Peter Meredith has written a story that is a page turner even on a Kindle. If you want sometime with creepy houses and demons you will enjoy “The Horror of the Shade”.

Tags Peter Meredith The Horror of the Shade