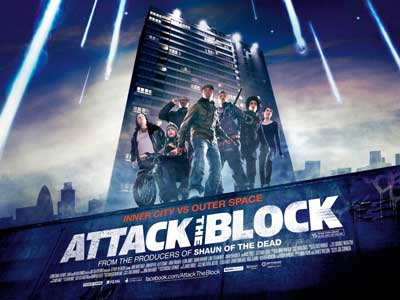 A new quad is out for Joe Cornish’s ATTACK THE BLOCK and it looks pretty darn cool. The film recently picked up an award for best film in SXSW’s Midnight Feature 2011 lineup. Written and directed by Joe Cornish, the film stars Jodie Whittaker, Luke Treadaway, and Nick Frost. ATTACK THE BLOCK will be landing in theaters on May 13, 2011. You can learn more about this film at the Official Facebook page www.facebook.com/AttackTheBlock or follow the aliens on Twitter twitter.com/AttackTheBlock. The official site for this film is also located here: attacktheblock.com/

Synopsis:
“Attack the Block’ is a fast, funny, frightening action adventure movie that pits a teen gang against an invasion of savage alien monsters. It turns a London housing estate into a sci-fi playground. A tower block into a fortress under siege. And teenage street kids into heroes. It’s inner city versus outer space. Awards.” 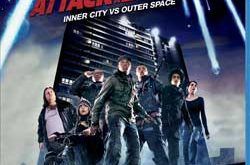