Behold the poster for the latest horror movie offering from India and this little beauty is a flash animated motion poster. Devang Dholakia is bringing the shaky cam to India in his new film S. The film is about a group of college students who go missing one day and all that remains is the video they filmed while out hunting ghosts. S. definitely bears a striking resemblance to another shaky cam film, THE BLAIR WITCH. The film stars Areesz Ganddi, Lucky Vakharia, and Kabir Wani, and you can look for S in theaters on April 29, 2011. 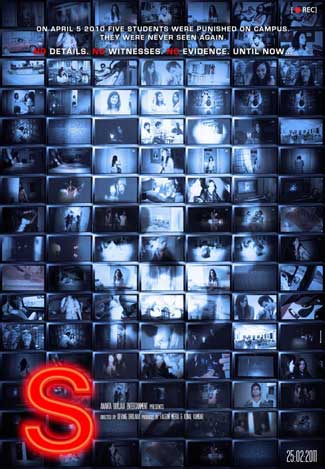