Home | ‘THE KILLING OF JACOB MARR’ at Monster Mania

‘THE KILLING OF JACOB MARR’ at Monster Mania 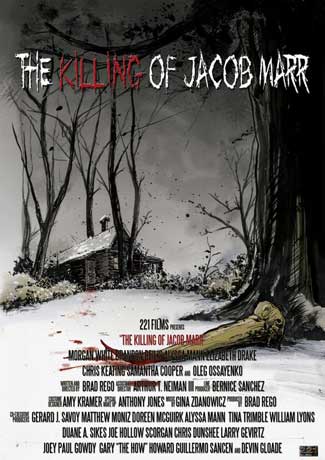 The creative team behind THE KILLING OF JACOB MARR will be at the Monster Mania convention at the Crowne Plaza Hotel in Cherry Hill, New Jersey from Friday, March 11th at 7:00pm to March 13th at 7:00pm to promote their film. At their booth they will be selling a limited amount of exclusive pre-distribution dvds of the film. Other attendees of the event will include Nick Castle, Ace Frehley, and Melinda Clarke.

Synopsis:
“A boy finds a mysterious object that drives him insane leading him to kill his parents. After escaping to the woods he returns 20 years later to find his home is being rented to some vacationers. He is not pleased.”

Tags The Killing of Jacob Marr