From the Nightshift: Batman sex, Superheroes and Comic books 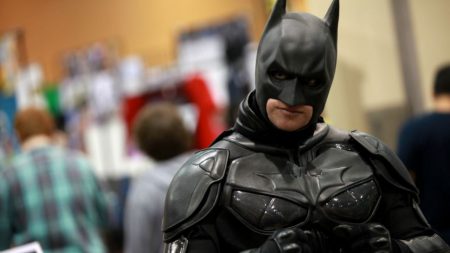 Without the support of the fans no television series would ever survive. The small group of hard-core fans has even gone to letter writing and other shows of support to keep their show on the air. Some people know everything about a show in details that would scare the actors and producers of the show. There are web sites celebrating series and stars of these cult shows. Horror, fantasy, and science fiction fans seem to be the most dedicated which may be due to the fact that their shows are less in number than comedies or dramas. Television looks down on these cult shows, not seeing that the variety is what makes it great. No matter how well written who wants the same shows over and over again. It is interesting to see what they can come up with that is just a little different.

Superhero fans are a very active group, buying comics, books and seeing movies of their favorite heroes. Superman has been on TV many different times in many different series: Superman, Smallville, Lois and Clark, Superboy to name a few. Batman on the other hand has been more limited to the comics and the movies, there has only been one series of his adventures (live action that is) and it was the campy show we grew up with in the 60’s. The fights had pows and bangs written on the screen and Robin and Batman climbed ropes up buildings to run into different cameos weekly.

Fan films have always been a mystery to me. People work hard, sometimes even harder than other filmmakers to make a film that they never can see a dime from. The characters are copywrited so the filmmaker has limits on what he/she can do with it. Yet they work hard on all the details and film until their fingers bleed. They are simply put so much in love with a character or a show that they have to create new adventures. I respect anyone who has a dream and is willing to do what it takes to get it done.

This weekend I am going back to Toronto to help out and act in a fan film crossing the series the FBI with the old Batman show. I know all this doesn’t sound scary to you, but I had an ex-girlfriend who wanted someone to make love to her in a Batman outfit so I will be screaming on the inside for the whole time. Now that is what I call scary. There will be no cake and with Batman around, The Insomniac will get little sleep.