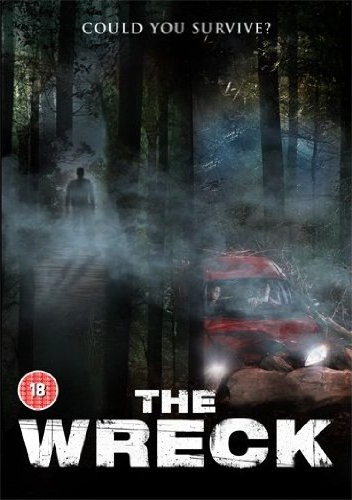 SYNOPSIS
An idyllic weekend in the mountains turns into a harrowing nightmare for an expectant young couple. Three weeks before it’s due date, the baby starts to kick and in a desperate drive to the hospital they suffer an horrific accident. Stuck out in the American wilderness, the couple are stranded and totally isolated. Pinned in the wreck of their car, they begin to suffer from injury, dehydration and infection and the baby is coming. Their struggle for survival grows all the more terrifying as they begin to wonder if they really are all alone. Tense, claustrophobic and horrifying, The Wreck is like no other thriller you have ever seen.

REVIEW
I think I’m going to take a nap. Now that sounds like a good idea. It wasn’t my idea though. I really wish it was since it would have been much more rewarding than my current task. The nap thing was actually a line spoken by one of the lead characters in “The Wreck”. I hate to say it, but it was the longest one hour and sixteen minutes I have lived through in a long time. What would have worked great as a twenty or thirty minute short, is stretched out to feature length and fails on most every level. It’s a shame since the lead actors actually do a terrific job, but not much can be salvaged from a script that doesn’t know when to quit. Not to mention that when a film centers around people trapped in a single claustrophobic spot, making a great film ends up being very difficult. Adam Green made a GREAT film with “Frozen” and this is that type of film. The concept worked then, here it just never quite delivers.

Frank (Aaron Lohr) and Julia (Judy Maier) decide they need a weekend away up north at their cabin. Julia is pregnant and this is a way for them to just enjoy some peace and quiet before their child enters their lives. On the way there, she begins to have contractions and their only option is to turn around. Things take a change for the worse when they are in a horrific accident and end up trapped in their car. No one knows they are out there, both are injured, and time is most definitely not on their side.

It is hard to say what anyone would do when put in a situation like that but, call me crazy, I think I would make sure I exhaust every single possibility before hacking off an appendage to escape. Like maybe move the seats back. Not sure why, just one of the first things I noticed. They bitch at each other often, they relax, take several naps, have a smoke and complain about one another. Something like three days pass during the course of the film and we realize that they are not alone, someone is watching. There is no mystery and it is immediately apparent who the culprit is. When we learn what his motivation is, my reaction? I couldn’t help but role my eyes. It was something like an hour into the movie before anything real interesting happens, so by then, I really just didn’t care. 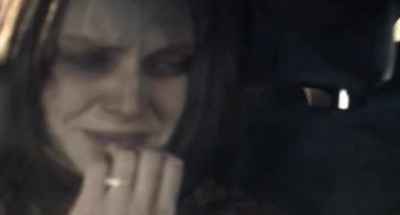 I try not to bag too hard on movies I don’t like, just with this one I couldn’t get into it, not even a little. Though the idea sounds good on paper, the execution never works and ends up being just dull. However, I have to give props to Aaron Lohr and Judy Maier who pull out the stops with their performances. Each of the actors tried their best to breathe life into their character, they come close, doing all an actor can do, but the writing just wasn’t there. With the two of them being trapped in the car for almost the entire film, they hold your attention on and off throughout, just never to the edge of your seat level that it should have been.

Made on a tiny budget, with a tiny cast and crew, “The Wreck” aspires to be a top rate thriller. It’s with much regret that I must inform you, it doesn’t reach that status. It’s not even a mediocre thriller. Much better served if it had been conceived as a short film, the premise is stretched way to thin and the script felt more like a first draft. Writer/director James Jones, who did a much better job with his freshman effort “Crazy Eights”, should take a look at the weaknesses in “The Wreck” and retool it into something much shorter and applaud his cast for going above and beyond the call of duty.