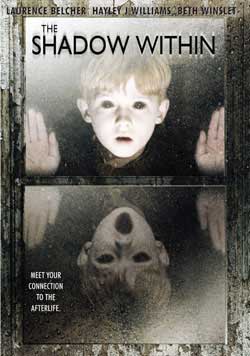 A supernatural thriller about Maurice Dumont, a nine year-old who can connect with the dead. Propelled by grief over the death of Maurice’s twin brother Jacques at birth, his mother Marie falls under the influence of Madame Armand, who convinces Marie to force her son to act as a medium to the next world. As Jacques asserts himself through Maurice, he comes to the realization that they both desire the same thing: their parents’ love, only Jacques does not want to return to the living: he wants his parents to join him in the afterlife.

QUICK FIX:
Based on the novel LES MERES NOIRES by Pascal Francaix, THE SHADOW WITHIN gives us a look at identical twin brothers – one who dies at birth, and the other who is, of course, living, and can see dead people. If you’ve guessed by now that this flick has a supernatural tinge to it, then congratulations – winner, winner, chicken dinner! The mother of the twins, Marie, copes with the loss of her other son through anger channeled through Maurice via beatings, humiliation, etc. But given that he can see dead people – specifically his former schoolmates killed off by a plague wiping out the young-uns of the village, Maurice is also able to channel his brother’s spirit in times of extreme duress – especially when his moms is stomping a mudhole in his ass. When the rest of the bereaved mothers come to Maurice to ask his help in communicating with their own lost children, a power battle erupts between Marie and…well, probably best to leave the rest alone so as not to spoil anything…

RAMBLINGS:
I have a tiny feeling brewing in my head that with the synopsis I just gave you above, that obvious comparisons to Alejando Amenabar’s THE OTHERS and M. Night Scoobydoobydoo’s THE SIXTH SENSE will immediately be drawn. So in that regard, all I can really say without spoiling anything is “yes and no”. Sure, there are similarities, as there will be in pretty much every horror movie made since the inception of horror movies where someone in the cast can see and communicate with the dead. There’s also the deliberately slow pace, random scares, and inevitable Red Herrings to throw you off track. But for me, that’s where the similarities between THE SHADOW WITHIN (which, by the way, if memory serves, was shot by Italians with a British cast) and the two huge Hollywood studio moneymakers I mentioned above, end.

For one, I didn’t care for either of those, yet I really dug this one. I know that I’ve been prone to rant rather obsessively about how much better the original films coming from the indie world are when compared with 97% of all big Hollywood horror *cough, remakes, cough*, and in many ways that saddens me. It shouldn’t, being that I’m in the indie world myself. But then again, when Hollyweird has big name stars and world-famous directors and endless amounts of cash to throw at a project – not to mention theater ticket prices these days – it should damn well be better than what’s in the indie world. But the biggest difference I’ve seen as to why original indie horror is so much better is that indie filmmakers still have their hearts to completely throw into a project and make it the best that it can be for the budget they have, and their souls still intact to shoot what they want without a gang of studio cokeheads in suits telling them how cool it would look to have a climactic battle on a giant mechanical spider in a f*cking Western… 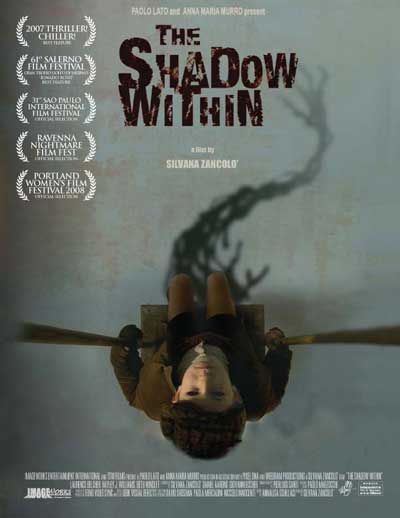 THE SHADOW WITHIN also boasts no Bruce Willis or Nicole Kidman to pimp out marketing-wise or carry the flick either – the closest it actually comes is Beth Winslet, little sister to Kate – yet the acting is flawless, and Laurence Belcher’s portrayal of the twin boys makes Haley Joel Osment look like Paul Walker…this kid already has a few acting credits under his belt and is someone to keep an eye on through the next few years, and I can only hope he decides to stick to horror.

LAST WORDS:
Yes, it’s a bit slow at times and yes, it is a period movie. And yes, you may even figure out the ending once you meet all the main players. But hey, it’s a ghost story with a plot, and the really good ones will carry you through to the end no matter what, and this one certainly did me, and more than once I might add. It’s available in video stores (even in my Podunk little town) and fine retail stores everywhere, so if you’re looking for a break from the latest SAW trappings or a shelf full of New Release remakes, give this a shot and get your freak on talking to dead kids – you’ll be glad you did!

Tags The Shadow Within