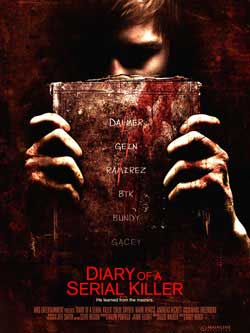 He learned from the masters.

What truly makes a serial killer? I have a neighbor whose son is truly odd. He is always wanting to hunt something. It first started with trapping squirrels. Now what’s the point of catching squirrels and just killing them? He would chase rabbits and throw rocks at them and one day he hit one in the head an killed it. His mom bought him some chickens and roosters and one day he says I have too many so I have to kill some. Now don’t you think a normal rational person would think I have to get rid of some not I have to kill some? They say that killers usually start as children hurting and killing animals so now just about everyone on the block basically feels we have a serial killer in the making.

Diary of a Serial Killer gives you the breakdown on who this killer was inspired by and how his mind ticked with the thoughts of killing. You see how he would just have someone catch his eye and then the way he would stalk them until he finally got his hands on them to do his dirty work. I think I expected way more than what I got but it had some real feeling in it. I had just watched another serial killer movie where the acting just didn’t hit home and make you have that dreaded feeling of thinking aww man that poor guy or girl! Watching clips of serial killers he admired like Richard Ramirez, Ed Gein and Jeffrey Dahmer I learned a few things that I didn’t know.

The story here is of a city is being harassed by a serial killer who is so clever that he doesn’t ever seem to leave any evidence behind only a clue or two. Laura who is a newspaper reporter becomes obsessed with the case and is determined to help bring him in any way she can even if it means publishing taunting articles in the paper. After doing so she decides she is probably going to need protection in case he comes after her so she goes downtown to a seedy area and meets a woman who she makes a trade with. Laura gives her drugs in order to get a gun. The gun is hot and has no serial numbers on it so it can’t be traced.

The cops seem to be on a hunt that where they are never going find the animal they want to catch. Rob who is one of the detectives has a crush on Laura and he always gives her privileged information so she can use it in her stories. I am surprised he is never really reprimanded for it but hey it’s a movie right? There are some flashbacks showing the cycles of Ed Gein, Richard Ramirez and Jeffry Dahmer. How they first started out and possible circumstances that led them to be the way they were. Like how Dahmer would go to the gay bars and watch but never indulge until the the need too just grew to great for him to control and how he video taped things so violent and sick so he could enjoy them over and over. 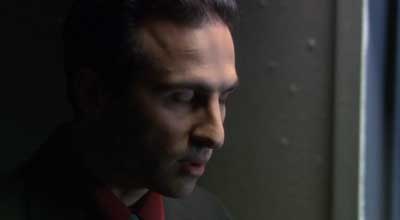 Well eventually the killer in the movie grabs up Laura and takes her to an abandoned warehouse and forces her to watch these serial killer movies. Will Rob be able to find her in time? Or will the killer show her what it’s like to suffer with fear and then take her life from her? The movie was a little bland and I did not like the way it ended at all. It just seemed to take the weak way out of the whole situation It would be like getting on a roller coaster and climbing to the top waiting for the big drop and then not getting one. Instead you get this little teeny bump that doesn’t even give your belly the butterflies! If you are looking for a mediocre film to fill up your lazy Sunday then this will fit perfectly. 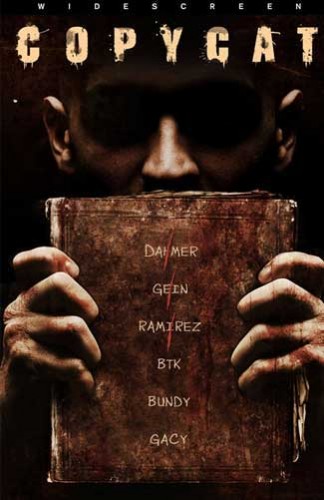 Tags Diary of a Serial Killer