Poultrygeist, Night of the Chicken Dead – A Premiere Event

Poultrygeist, Night of the Chicken Dead – My Premiere Experience

I attended the Buffalo premiere of “Poultrygeist, Night of the Chicken Dead“. I had been promised a screener but have been waiting on it so long I decided to attend the movie when it came to my town. The film had been shot in Buffalo which subbed for Tromaville. Lloyd Kaufman was on hand to introduce the film and to do a Q & A afterward. He spoke on how hard it was to make films these days which is funny as Troma (the company he runs) has never been more famous. Troma has always been on the outside of Hollywood and has been getting pushed out of the theatres, Video chains and even cable television. Lloyd was asking for people to keep supporting independent filmmakers and keep the internet from being locked out by the big companies. Lloyd I even bought the three disk set of the movie so I could do a more complete review so I think I am showing my support. 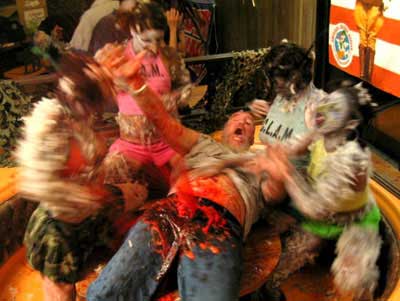 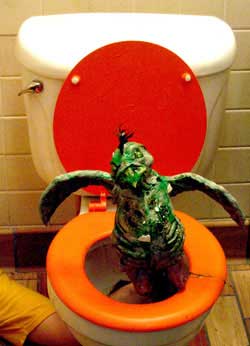 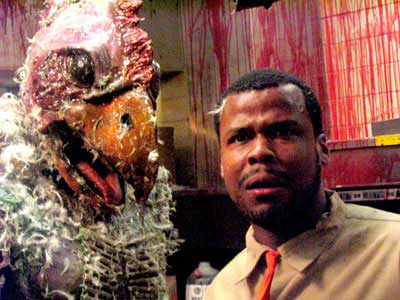 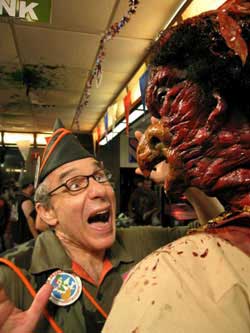 “Poultrygeist” isn’t for everyone, it is full of vomit, blood, breasts, bad jokes and musical numbers and even social commentary about America’s fastfood society. The movie could use a few cuts for length but otherwise delivers everything you would expect from a Troma movie. I will admit I have been singing the theme song for a few days now, I can’t seem to get it out of my head. I give it 3 and half stars. I will cover the three disk set DVD of the movie in a longer review in the near future.