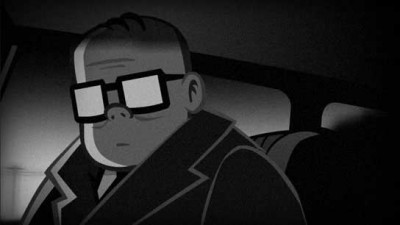 Down the Road is a fifteen-minute animated psychological thriller. Driving home late one evening, Reverend Henry picks up a hitchhiker. The incident seems random, but the mysterious passenger claims to possess psychic powers and discloses a surprising knowledge of the Henry´s innermost thoughts and secrets.

Animated, short and sweet, this little piece is created in what reminded me of Flash animation style graphics. Henry is a reverend that dinks around in his faith but uses it more for a occupational purposes than a strict set of rules to live by. He also has a  tragic past that he never talks about. While on route to his new job, he decides to pick up a innocent looking stranger and do the right thing by offering him a ride. This stranger who comes off quite passive but friendly eventually claims he is a psychic. Henry, tempted by the claim puts him to the test and is amazed with his astute but accurate callouts. This all leads from small talk passenger-speak to a confession form Henry that has been held back for a long time. As things progress, all moves in a interesting directions involving a shot gun and a few new surprises.

I found the piece entertaining, but I have to complain about the final frame- ending which really didn’t come across as that obvious as the filmmaker “might” have intended. I felt it was a dramatic piece without an ending and on that note alone is usually a showstopper for me. On other notes, it’s a great idea and is done in a simple but still entertaining animation style. I’d love to see this piece maybe with 3-5 more minutes added or an alternative ending tacked on to complete the thought.

Tags Down the Road Rune Christensen 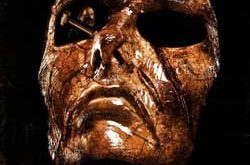