Universal Pictures has released a new poster for the upcoming action-thriller, Sanctum, which is being directed by Alister Grierson and James Cameron playing the role as Executive Producer. The film is about an underwater cave diving team that experiences a life-threatening crisis during an expedition to the unexplored and least accessible cave system in the world. Yep, sounds like Cameron would have something to do with a project like this that involves the water. And stars Richard Roxburgh, Rhys Wakefield, Ioan Gruffudd, Alice Parkinson and Dan Wyllie all star in this deep cave action thriller. 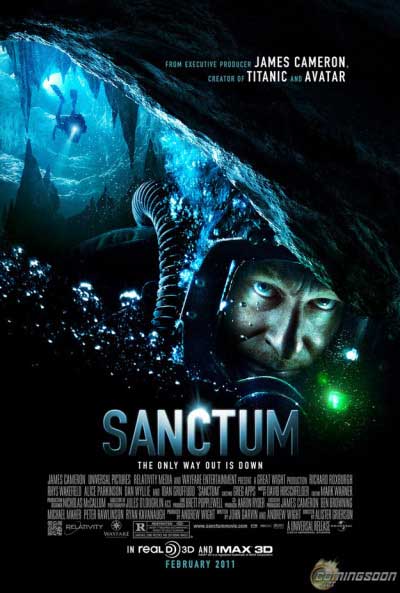