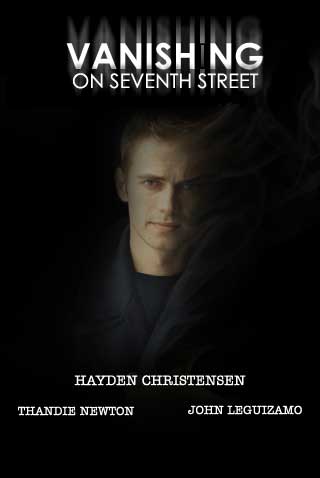 Magnet Releasing has launched their official trailer for Brad Anderson’s Vanishing On 7th Street that stars Hayden Christensen, Thandie Newton, John Leguizamo, Jacob Latimore and Taylor Groothuis. The plot sounds a lot like a combination between when the blackout occurred in NYC several years ago and the movie I Am Legend with Will Smith.

Synopsis:
When a massive power outage plunges the city of Detroit into total darkness, a disparate group of individuals find themselves alone. The entire city’s population has vanished into thin air, leaving behind heaps of empty clothing, abandoned cars and lengthening shadows. Soon the daylight begins to disappear completely, and as the survivors gather in an abandoned tavern, they realize the darkness is out to get them, and only their rapidly diminishing light sources can keep them safe