Where did the creative process begin with Slashers Gone Wild?

As a horror movie fan, one thing I have always noticed is that most of the time the audience cheers for the villains. I decided to make a movie where it was totally cool to root for the slashers. I had been shooting short movies and music videos for about 15 years and had a cast of people ready to make a feature length movie. I built a couple of props, designed a new hockey mask, then I started making calls. Slashers Gone Wild was based off of the short movies that I had made in the earlier years.

Rob the Slasher, Loonitic Rob, Kevin Tooler, Nursery Rhyme Jack, these were characters that I had been working with for a while. The idea that came to mind was having a contest to see which one of them was the best slasher. Kevin Tooler originally was a teenager that Rob the Slasher killed in my second short movie. He comes back as a demon hellbent on revenge with the ability to resurrect and control the dead. 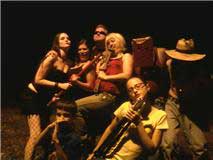 Is it harder to incorporate comedy or gore?

Comedy is tough because it takes perfect timing and there have been a million jokes and funny situations. Gore is the same way. The tough part is trying to come up with something original that has not been done before. With either comedy or gore, that is really hard to do.

How long did it take to shoot the film?

Most of the people I knew were either going to school or working jobs. I ending up shooting on Sundays. It took about three years shooting it one day a week. 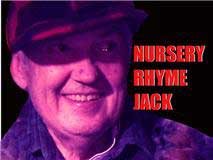 Where was the movie shot?

I shot it in various places around Ohio. Huber Heights, Dayton, Cleveland, and Cincinnati.

I hear there is a nasty good chainsaw scene in the movie?

Thanks! Yeah, one character gets gutted and sprays an ocean of blood everywhere. The best one is the chainsaw decapitation. I was thinking ‘ what would happen if a character with superhuman strength shoved a chainsaw through someones face?” The answer was a skull exploding into thousands of crunchy gooey fragments.

Do you have any favorite scenes?

#3 The Murdertwins cutting off some poor guys face. 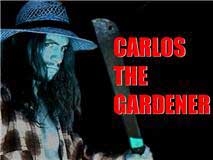 Do you have any interesting behind the scenes stories that happened during filming?

Originally the Ed Gein’s Christmas segment was going to end with the first murder. I was packing up my camera when Jack Bowman started telling me about his hunting days. He told me about how his favorite treat to fix was scrambled squirrel brains. He explained it in vivid detail.

The idea for the next murder for the segment instantly popped into my mind. We talked about it and laughed. I then called up Mandee Keith and we filmed it.

I also had a really cool scene that I shot with Lloyd Kaufman from Troma. Alicia, played by Robyn Griggs, puts a hit on him because he trashes the parking lot and urinates on her car. It was one of the funniest scenes in the movie. Caught up in all the excitement I forgot all about having him sign a release form. I still have the footage though. He was a lot of fun to work with, had everyone cracking up. Robyn is also a pleasure to work with. There was this medical term that was super long and hard to pronounce. To this day I have no idea why I even put the damn thing in the script. I couldn’t even say it without messing it up. She tried the line three times and then invented a new word : Fu*kknockers! That magic moment is on the blooper reel on the dvd. She plays the character that is the twisted mastermind behind the contest.

Maxim Media released it on VOD November 1st 2010. So check the video on demand channels in your local areas. If you don’t see it ask your local cable provider to add Slashers Gone Wild to the VOD menu!

There is a link to Maxim Media on the front page of the Worldparody website if there is anyone that wants to deal with them directly.

Tell me about Cannibal Killer Nuns?

It was a short based on a script that I wrote. My friend Shana ( Ladyfingers) had this old church that her family owned. There was is graveyard behind it. She had this idea about a succubus that would seduce and kill people. I had a story about a demon priest who had a bunch of ghostly followers. I combined the two ideas. Succubus nuns headed by a demonic priest capture and eat anyone that come their way. Raz played the demon priest Seymour. Shannon O’keefe played the lead nun. I skipped on the comedy and tried to make a 70’s style gore flick. It’s my hope to one day get the budget to make the full feature movie. There is nasty stuff in that script that has never been seen before. The short is now on Youtube, just look up SEXY FLESH EATING NUNS. 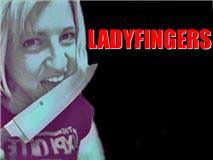 You are currently working on a sequel to Slashers. How’s that going?

It’s going pretty good. I started off the summer shooting a dream sequence where two naked blood covered lesbians are making out. It’s a fantasy that Kevin Tooler has just before he regrows his decapitated head. The fantasy girls were played by two of the Motor City Dolls; Christina Skye and Scarlet.

I have reunited the surviving members of the Slashers Gone Wild Cast. Sorry to say that Jack Bowman passed away in 2009. The shooting is going great and there are many new characters to join the old cast. The working title is The Zombie Slashers. It picks up where Slashers Gone Wild left off. Kevin Tooler, angry that he didn’t win the contest makes good on his promise to flood the world with flesh eating zombies. He also creates other types of monsters and sends them after Rob the Slasher and his crew. I plan to have the movie wrapped summer of 2011 with a release in 2012. 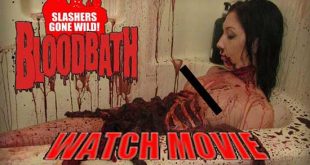