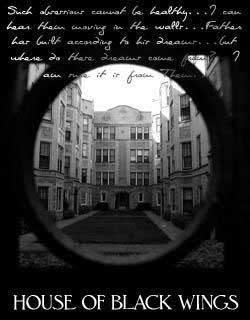 After a tragic act of violence cuts short her music career, Kate Stone is returning to a city full of ex-fans and ex-friends. Taking shelter with her last friend, a struggling artist named Robyn Huck, the two women work to restore the aging courtyard apartment building Robyn has inherited. But a terrible secret infests the venerable structure, and soon Kate will be haunted by horrific dreams, sinister apparitions, and the sounds of something moving in the walls. She will be dragged into a confrontation not only with her own dark past, but the unspeakable nightmare that lurks beyond the walls!

Robyn the proud owner of the Blackwood courtyards inherited from her fathers estate invites old friend Kate to stay after receiving word of her current situation.

The courtyard, a home to artist types and students is in need of some maintenance, so Kate who is on her last call for help after a troubled band breakup is grateful as Robyn comes to her aid. Coming off a bad record deal with her former act “Arcanum Dog”, Kate has come at a great time to aid Robyn who needs assistance while she works on her dollhouse art exhibitions that are in need of keeping up the pace with the local galleries. It’s not too long after, that the building begins to induce a strange influence on its occupants producing surreal vivid visions of ghostly apparitions and strange oddities. While the visions are primarily dream induced, their frequency is overwhelming and haunting enough to raise suspicion. The forces at work also begin to influence some of the neighbors in strange ways.

Weird bat like creatures, gothic violinists, and paper machete murders are just a part of the creative gloominess induced upon its viewers.

In Kate’s day to day exploration of the building and maintenance routines, she begins to sense a feeling of something dark within its walls. Noises and strange sounds which at first are assumed to be mice take on a different suspicious tone that suggests something isn’t quite right about buildings past.

Voices heard mixed with Kate’s seemingly nightly batch of surreal dreams & nightmares start to form the makings of a mystery in waiting. One that is intent on revealing itself. 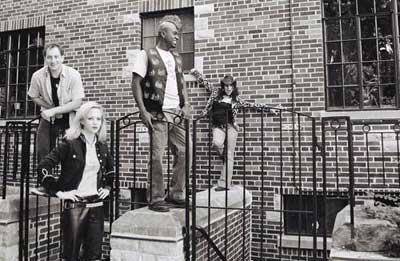 Kate, our troubled songwriter comes into the picture bringing some previous baggage with her. With a strange bullet scar on her leg and a jaded past with her previous band & boyfriend Cyril, she finds the taking up of residence is found to be as much a healing process as it is just a place to stay. Much of her experience is mixed with this emotional baggage from a failed attempt that has broken down her self confidence and esteem. This loss of self has also given way to abandoning her musical urges and leaving it far in the past. 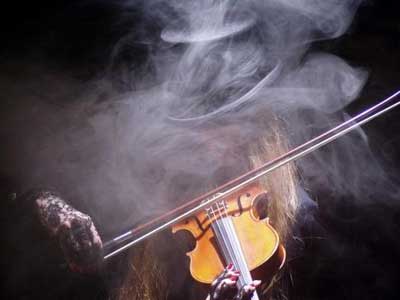 As the story progresses, so does the intensity of the house. It’s dark forces manifest living nightmares into tangible realities. When the darkness does reveal, it’s equally as creepy as any Roman Polanski vision (whether intended or not) . Something from beyond is calling out to its occupants to investigate. Something that needs to be discovered and set to rest. 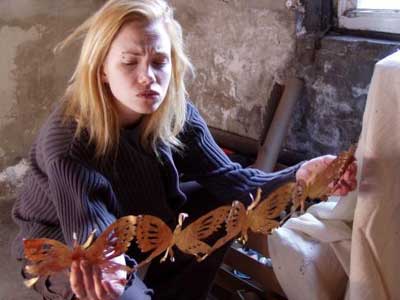 Focal actor Leah Myette fits the role perfect as a young jaded musician dealing with past regrets and mistakes. With plenty of expression on hand, she delivers on her performance with confidence. 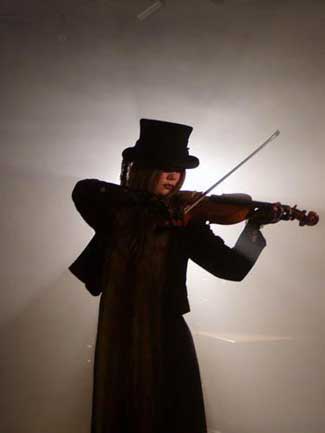 The score provided by Chris Fuller is a combination of orchestral elegance and dark drones pulsating with ancient overtones that works nicely within the movie. FX work is kept to a minimum that releases in short moments that prove to be effective in there simplicity. 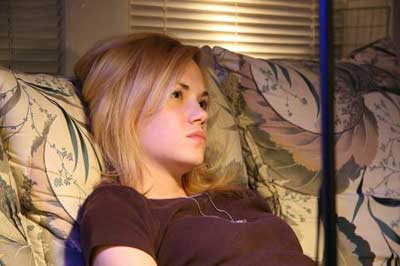 The movie is kept to a SD production due to budget constraints but could highly benefit from some slight color corrections to help shape the visual tone of film to work work nicely in relation with the already brooding mood of the piece. This rather small step is the key to bringing this production up to a great marketable offering. And unlike may low budget films, this one has some thing great to offer. 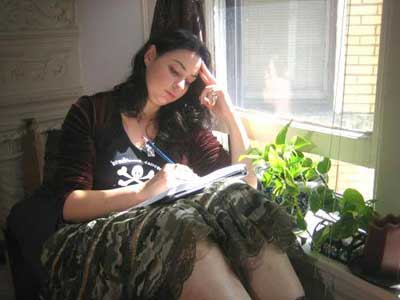 I found this to be a fine piece complete with interesting details that are served up in doses. David Schmidt has created a unique effort full of dark flavor that is “felt” heavily through most of the film rather than shown. The story keeps with a flow that never loses momentum as viewers are pulled into the mystery and strange world of the black wings. Viewers are recommended to check this film out and support the independents as well. Very simply, I dug it, ….and hope you will to.