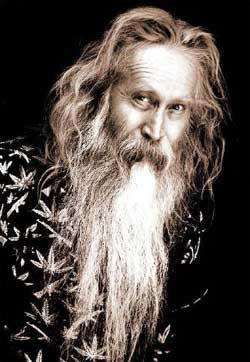 The Black Saint: I’m standing here with the man, the myth, the one & only Johnny Legend! How are you feeling today Johnny?

Johnny Legend: Feeling Pretty spry man! I’m that knda guy & I’m feeling spry! The truth shall set you free & the best thing in life is me!

TBS: That’s it! Interview’s over! You’ve said it all Johnny…But I have to ask, what are you up to now?

JL: Well I put out another 40 dvd’s in the last 3 years & I’m working on 3 more right now. I’m also working diligently with Arch Hall Jr right now trying to get his novel “The Aspara jet” made into a major film. It’s a combination despairathon mixed with martial arts, asian women, illegal drugs & everything that makes life worthwhile! He’s got this amazing novel he wrote after walking away from the film business for 40 years & we’re seriously working on that. I’m also working on some serious horror projects that I’ve written but have been sitting in mothballs for several decades But they haven’t dated at all! I seem to write things that are always completely timeless. I’m working on stuff now that I was pitching to A.I.P. in 1972! They actually make more sense now than they did way back when. In the 70’s they were considered niche projects or blaxploitation/exploitation material, now they look like major studio films! That’s what I’ve been up to.

TBS: Whew! that’s a mountain of stuff that you’re working on Johnny! What was the name of the Arch Hall novel again?

JL: It’s called “The Aspara Jet” . It’s a novel that he wrote under the name Nicholas Merryweather in tribute to his father but it’s critically acclaimed & everyone who’s ever read it feels it needs to be made into a movie. And  a lot of people have not made the connection that the author was the star of “The Sadist” & “Wild Guitar”. He literally just walked away in the 60’s & he made some music & then became a pilot for decades. He flew with the Flying Tigers & he’s won medals as well as flew in Operation Desert Storm. He’s had an amazing career & then he just up and writes this amazing novel on top of everything else.  And it’s almost like an x-rated novel! He’s had to tone it down a bit so that we can get it made into a feature. You can look it up on Amazon & read the reviews for it.

JL:  We’re working really hard with some martial artists & some major motion picture actors who have shown interest in making the film. I don’t want to say too much because I don’t want to jinx it!

TBS: Well as soon as you have something concrete to report I hope you’ll share it with me & the readers of Horrornews.net first!

JL: Oh I will! This has just flared up in the last month and a half or so & we’ve got some people at Paramount who are interested. Arch has also been in touch with a lot of famous actors who are aviation fans who are interested in appearing in the film. 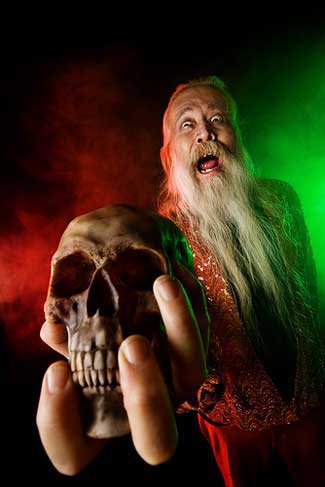 JL: Next month I have some more mainstream dvd’s coming out. One is called “Betty White In Black & White” which is all Betty White stuff from the 50’s. Almost 90% of it has never been seen on dvd or vhs.

TBS: It’s amazing what’s been happening with her career as of late.

JL: Yeah, I know! Another One is called “Dennis Hopper: The Early Works” which are the first three things he ever did. His career is interesting, not many people know this but in 1955 he started his career in three different tv shows, one in January, one if February & one in March. Bam! Bam! Bam! I’ve got all 3 of those shows, I’ve got the “Petticoat Junction” episode he did years later & I’ve got another restored version of “Night Tide” all together on one dvd. The other one that’s coming out is the really ambitious one. It’s called “Trek Stars Go West” & it’s a six hour, two disc set starring Shatner, Nimoy, Deforest Kelley &  James Doohan and it’s all westerns they did from 1949 to 1968. Starting with Deforest Kelley in “The Lone Ranger” in 1949.

TBS: Is this all material in the public domain or did you have to get permission from the stars to use the footage?

JL: It’s mix & match. I didn’t have to deal with any of the actual personalities. It’s a matter of being able to get the rights to the footage to use it. Some of the stuff has been around for awhile but it’s never been put together this way. I’m really proud to have the world home video premiere of a series from 1960-61 called “Outlaws” & by just a quirk of fate it turned out that Leonard Nimoy was the guest star & the next 2 episodes featured Shatner & Cloris Leachman working from a script by the gentleman who wrote “High Noon”. It was a serialization of a novel presented in 2 one hour episodes. It was very ambitious for the time. So that’s on there too. Shatner is on two episodes. The Doohan stuff is really interesting as well. There was a fairly well known show called “Last Of The Mohicans” that featured Lon Chaney Jr. Very early in Doohan’s career he appeared on the show as an irate villager. It was a very small part..an incidental one, then seven days later he reappeared on the show as the lead villain, a crazed long haired indian. What’s funny is that the first time he was billed as Jim Doohan & on the 2nd episode he was billed as James Doohan. So there are 6 hours of stuff like that on the dvd. Trek fans will love it! 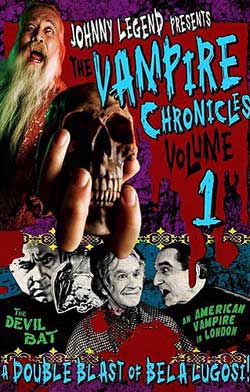 TBS: I’m sure they will. Have you appeared in any films lately?

JL: I’m mainly working on these new shows. I talk to people about appearing in their movies a lot but nothing too serious.

TBS: I ask because I see you popping up in movies often & it’s always a pleasant surprise to see you on screen.

JL: The acting career has always been a part time thing. I had an agent for a few years & I was looking for parts but even then it wasn’t a full time thing if you know what I mean. And now I live in Alameada so I haven’t been in Hollywood too much & that can throw a monkey wrench into your plans. I could be in Disneyland with my family & all of a sudden I’ll get a call telling me to be in Hollywood at 7 AM the next day to audition for a part on Law & Order or something like that & you have to change your plans to get to Hollywood for a part you’re probably not going to get anyway. That can be a bit of a pain.

TBS: I still see you all over the place though. I’m not trying to age you but it seems like you’ve been around forever… 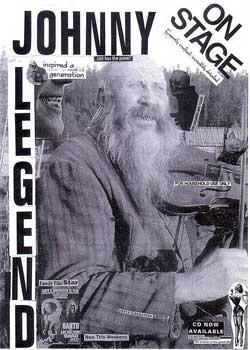 TBS: Have you made friends with people you acted with?

JL: I am pretty good friends with Jeffrey Combs. He always introduces me as his “Co-Star” on “Bride Of The Re-Animator” and we do hang out on occasion.

TBS: You are pretty much the busiest man in the business aren’t you?

TBS: Well thanks for your time Johnnny. And I’m sure I’m not alone in wishing you continued success in your varied career.

As all of you can see, cool Johny is never at a lack for something to say. His exuberance is infectious & he is one of the good guys in this business. It really was a blast listening to him. Pick up his stuff, it sounds very entertaining.