Greetings, boys and ghouls! Welcome back to Horror Talk, hosted once again by your friendly neighborhood gorehound and indie filmmaker extraordinaire, Travis Legge. I’m still kicking, you’re still reading, and I love you for it! This week is extremely exciting and I want to get right to it.

In movie news, it was announced this week that Hatchet II would be available today on VOD! Unrated, uncut, the way it was meant to be seen. 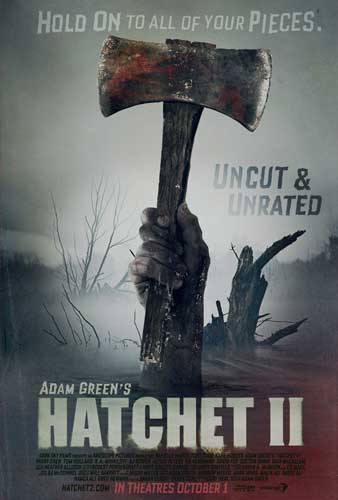 I cannot tell you how excited I was when I heard this news. I was among the blessed few who had the opportunity to see Hatchet II in the theater. I believed in Adam Green’s “Support Unrated Horror” campaign. I have been a huge fan of Green’s work since the original Hatchet, so when Hatchet II hit theaters my wife and I hopped in the car and drove ninety miles or so to the nearest theater that carried the film. I had a blast as the blood spurted across the screen and the bodies dropped in the cursed swamp.

At the time I was totally unaware that I was at one of the last theatrical screenings of the film in Chicago. When the news dropped about Hatchet II being pulled from theaters, I was pissed. I thought it was a tragedy that this movie was being denied to fans for what appeared to be a simple matter of the exhibitors getting cold feet. In my previous posts I have elaborated on my feelings about the situation and extended the “Support Unrated Horror” mantra to the remake of I Spit on Your Grave, because I wholeheartedly believe in the cause. 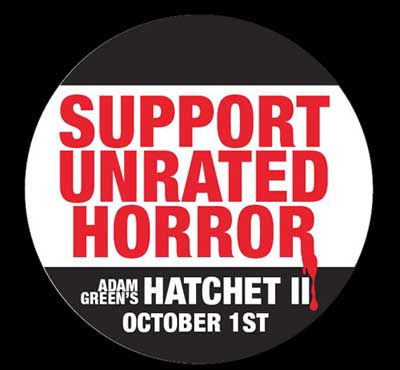 Unfortunately, as of the time of this writing there is no evidence of Hatchet II being available on any VOD system. As a Comcast customer myself, the first thing I did this morning was check my OnDemand listings. Hatchet II was nowhere to be seen. I checked the Comcast and Time Warner able websites. Again, there was no mention of Hatchet II. I started reaching out via twitter and facebook and found that other fans, also anxious to see Hatchet II were coming up with nothing. I called Comcast’s press/analyst department and was told I would be contacted after they could “conduct some research.” I also left a message at Dark Sky Films, which at the time of this release has not been returned.

I intend to get to the bottom of this and will post an update when I have more information. Seriously, haven’t the fans of Hatchet II (not to mention poor ol’ Adam Green) been through enough already?  Hatchet II will be available via VOD on Time Warner and Comcast, in theory.

UPDATE: Adam Green has stated on his twitter feed he was “Hearing On-Demand pushed Hatchet 2 back just two days (Friday the 3rd) but that there might be wicked good news and reason why! More soon.” A source at Comcast’s press department informed me that the film “had not been delivered to this market” at this time. Guess we will wait for official word from Green, Comcast and Time-Warner.

In Red State news, Kevin Smith gave an exclusive scoop to SlashFilm in which he addressed rumors of his allegedly impending retirement, the casting for his upcoming film Hit Somebody and reiterated his distaste for the “movie press.” Smith went on to say that movie news sites had, “ran articles without even tossing a Tweet my way to check veracity. And I answer Tweets like I answer the dinner bell: often & much. While sweating. And already eating something else.” Smith encouraged fans to visit the Red State podcast to get their Kevin Smith-related news. 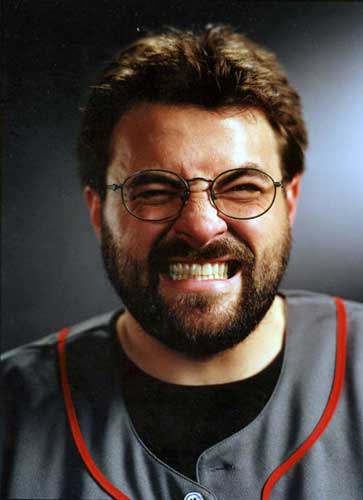 I would like to take this opportunity to once again invite Kevin Smith to come talk Red State with me on Horror Talk. I pledge right here before the powers that be (and more importantly our readers) to be 100% accurate in what I report. I’ve tweeted at Smith on a few occasions, and at the time of this posting have not received a response. Now, I do not take that as a snub. People tweet at Smith constantly, so its very probable that he has yet to notice a tweet from me. That’s not gonna stop me from trying again though. I think the readers here at Horror Talk want and deserve some Red State coverage! 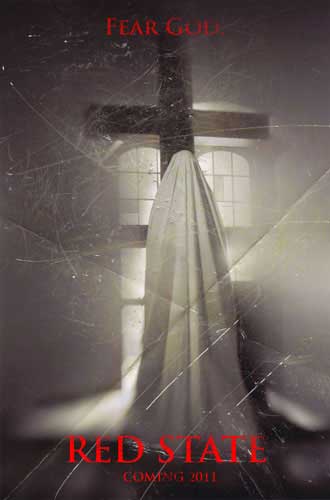 According to the Hollywood Reporter, filming began this week on director Charles Evered’s meta slasher film A Thousand Cuts. While the film’s official website has yet to launch, Evered’s production company, Ordinance 14 offers the following synopsis:

“Frank Jenkins, a salt of the earth working class guy from the mid west had a beautiful teenage daughter named Katie who was abducted, tortured and murdered in a manner that led the police—and Frank—to believe the act was inspired by a popular series of “torture p*rn” films. Obsessed and distraught by his daughter’s death, Frank drives across the country—all the way to Hollywood to seek out Lance Ross—-the youthful, hip and fabulously rich creator and director of those films. During a wrap party for Lance’s latest opus, Frank gains access to Lance’s home in the Hollywood Hills and when Frank finally gets Lance alone, he teaches him what real horror and real torture is all about.” 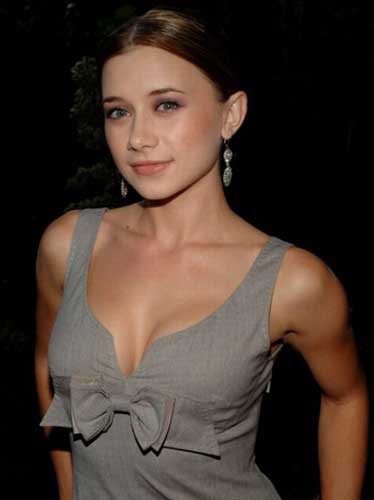 In DVD news, Lionsgate announced that Rodrigo Cortes’ claustrophobia film, Buried, will be released on DVD and Blu-Ray on January 18, 2011, The film, set in 2004 in Iraq, stars Ryan Reynolds, who is stuck inside a coffin for the duration, relying on performance, innovative camera work and a cell phone to move the story along.

I didn’t get to see Buried in theaters and am happy to see it on DVD so soon.

It was a slow weekend for horror at the Box Office with no new entries from the genre in theaters. Saw 3D and Paranormal Activity 2 went from taking in millions to under $300,000 each.

In comic book news, Dark Horse is releasing Let Me In: Crossroads, a prequel comic to Matt Reeves’s remake of Let the Right One In. Dark Horse’s website describes Crossroads as “a chilling prelude to the highly anticipated film Let Me In,” and teases that, “when Abby finds herself faced with a ruthless real–estate tycoon willing to do anything to get at the property she and her caretaker call home, far more monstrous torments await. In a small community torn apart by vicious men who are consumed by greed, wrath, and envy, she will learn which deadly sin is truly deadliest.” 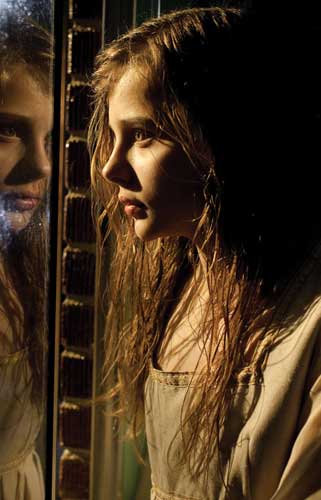 Let Me In: Crossroads hits stores on December 8th. Prerorders areavailable at the Dark Horse website.

Cassie Hack fans with an appreciation for tech will be pleased to hear that the Bump-Hack/Slash crossover will be available via mobile content provider graphic.ly for iPhone iPad and Windows Mobile phones. 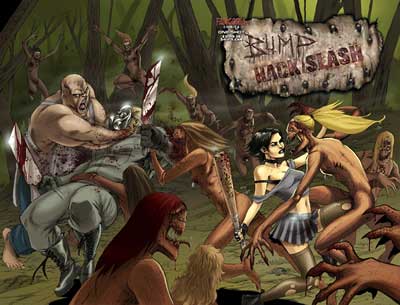 Scream Factory summarizes Bump Hack/Slash as follows: “HACK/SLASH’s Cassie and Vlad uncover a bizarre series of missing women, and are drawn to the deep south to investigate.  It just so happens the trail leads right to the home of BUMP’s resurrected serial killer Edgar Dill, and his flesh-hungry Treehuggers!  Will Eddie “clean” poor Cassie and use her to fill one of his Huggers, or will Vlad send the monsters back to Hell?”

Sounds pretty awesome to me! I think I’ll go download it.

Bump-Hack/Slash is the first of many Scream Factory titles making their way into the digital comics realm. For more informationvisit Scream Factory’s website.

Before we lay this week’s column to rest, I would like to wish a very happy (and one day early) birthday to Tim Stotz. 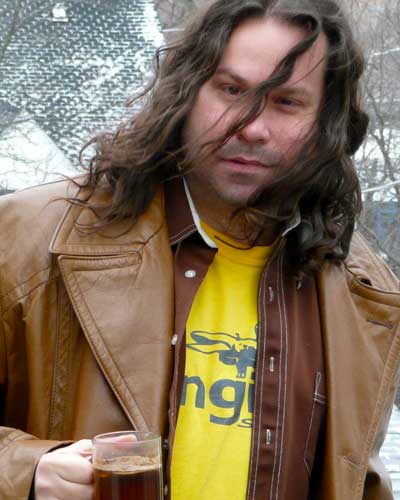 I have had the pleasure of working with Stotz on several short films including Nation Undead: Kept and Memoirs of a Stnky Sofa. Most recently Stotz has served as Director of Photography and Visual FX supervisor on my upcoming feature film Raymond Did It.

So, Tim, I wish you the happiest of birthdays. Enjoy, sir!