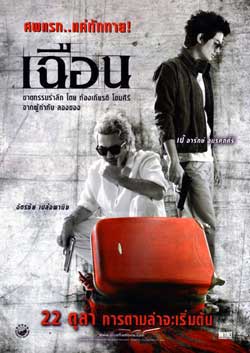 A red raincoat wearing serial killer is preying on the rich, dismembering them & leaving their bodies in Red suitcases all over Thailand. The police, with no clues & an ultimatum to find the killer in 15 days turn to a inprisoned convict who has been having dreams of a killer in a red raincoat who thinks that the killer might be a friend of his from childhood. He is releasd from prison & goes back to his hometown to find clues as to the whereabouts of his childhood friend & solve the case.

You know acolytes, if there is one thing The Black Saint really enjoys it’s a horror film from Thailand. It has been my experience that while all of them aren’t winners, all of them are interesting & have no problem pouring the red stuff onto the screen in copious amounts. The latest one I’ve seen, “Slice”, is no exception & is a pretty good murder mystery as well.

“Slice” opens with our “hero” Tai locked up in prison relating his dreams to a prison psychologist. He’s been dreaming of red suitcases with bodies in them. He doesn’t know why but he feels they are too real to ignore. Cut to a group of children playing along a beach who find a red suitcase floating in the water. They poke at it until it opens & revelas it’s contents…a dismembered corpse who’s genitalia is missing. At least it seems missing until upon further investigation it’s found rammed up the corpse’s rectum. Pretty serious sh*t & this is in the first five minutes people! We’re then taken back to the prison where Tai is being kept. Apparenly, Tai is a “Cleaner”..someone who  eliminates prisoners inside of the jail who know too much or have outlived their usefulness to their boss. Someone known only as “Papa”. Tai has just killed his last victim in the shower (He slices his throat in a very graphic scene) & tells his contact to the outside world that he is done. No more murders for him, his debt has been repaid in full. He tells his girlfriend Noi that he’s going to be released soon & although he owes nothing more to Papa, he would continue to do Papa’s bidding because he owes Papa his life. But he reassures her that he loves her & asks her to be patient because things will get better. In the interim another suitcase is found with another dismembered body in it. Apparently our killer is murdering sexual deviants only. The first one was an American who had a young Thai boy chained up in his hotel room, the second one was a business man utilizing the services of a prostitute & filming it for posterity. Both of them are murderd in extremely graphic manner. One with an icepick the other with a knife. And their genitalia is sliced off in a most gruesome manner.

When the police find out that Tai is having dreams involving red suitcases he is questioned & upon learning more about the case he feels he might know who the killer really is. So the police arrange for him to be released for 15 days to try & track down the killer. So he goes back to the town where he grew up to look up an old friend by the name of Nut.

At this point the film goes into flashback mode & for a good portion of the movie we’re given a look into the lives of Tai & Nut as children. Tai ran with a group of bullies & Nut was a loner who was always being chased away by the other kids for his feministic manner. Nut’s father is an abusive alcoholic & his mother is a prostitute so he really isn’t enjoying his childhood years. But Tai takes a shine to Nut. He sees that he’s just a lonely kid looking for a friend & eventually befriends him. This of course doesn’t sit well with the other kids & they take every opportunity to make their lives miserable. At one point, they find Tai & Nut playing with a toy boat in the water. They promptly grab the boat & hold Nut down as they forcibly ram it into his rectum, laughing all the while until Tai intervenes to help his friend out. Because of this they are both labeled as faggots (their word, not mine. The Black Saint has love for all of his acolytes) & are pretty much ostracized from the other kids. But the two of them form a bond that makes them great friends. Later on, Tai goes looking for Nut & not being able to find him goes to his home only to find him being raped by his father! Poor Nut can’t get a break, even at home. Tai intervenes & rescues Nut but the both of them have to leave the town for fear of retribution from Nut’s dad & the other hooligans. So they make it to the big city where they are almost instantly pounced upon by sex trafficers who see Nut as the perfect little boy to satisfy some of their “Clients”. Although Tai fights back against them greatly, he always gets beat up badly & is finally given a choice: Give Nut to the gang of deviants & he will be paid $5000 Baht. In addition he will be made part of the gang & won’t have to worry about his future. Eventually he relents after a particularly bad beat down & allows Nut to be taken away. Never to be seen by Tai again… 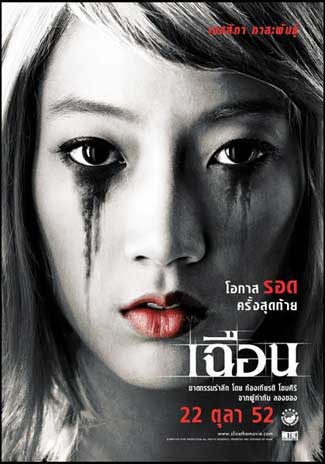 Cut back to present day Thailand & Tai is hot on the trail of Nut, who he believes is responsible for the murders. In the interim his gitlfriend Noi is under police protection since she has received a menacing package full of pictures of her smeared with what seems to be blood. She is being kept in a safe house under 24 hour protection. Tai is geting closer to finding Nut but unfortunately he’s going to find out that Nut is a lot closer than Tai knows. And that’s not good for anyone Tai is in contact with….

“Slice” deftly combines elements of “Seven”, “Silence Of The Lambs”, “Don’t Look Now” & even “Slumdog Millionaire” yet never feels like a rehash of any of these movies. It’s never boring, even in the middle of the movie where a lot of time is spent on the relationship between Tai & Nut as children. Because the film decides to focus on how they met & the relationship they form we care about them that much more. When they do separate, in a depressing scene, we feel for both of them. You don’t get a lot of character development in this sort of film much anymore & it’s appreciated. Director & screenwriter Kongkiat Khomsiri keeps things moving at a brisk rate & his cast is first rate. The screenplay is based on a story by Wisit Sasanatieng & although it is a bit derivative it never gets bogged down under the weight of the various plot points it’s trying to juggle during the film’s running time. The gore effects are pretty f*cking effective as well, when the blood flows & the penises get sliced & diced I was wincing just a bit, & I don’t wince at much anymore. I should also mention the soundtrack by Wild At Heart as well. It is both pulse pounding & heart rending at the same time. Very effective. The opening title sequence deserves a shout out as well as it’s different from what I’m used to seeing. It’s sort of a shape changing Rorshach test composed of bright red blood & it’s very cool as well.

I didn’t know what to expect as the film progressed & that’s always a good thing. It’s hard to surprise a jaded horror fan like me nowadays & I was surprised at the end of this one. The major “twist” knocked me for a loop & the ending was tragic in a sense. Of course I can’t tell you how it all ends up but I can say that I was surprised & I think you will be as well. It’s a really good movie that’s worth a watch from horror films for sure. It is different. 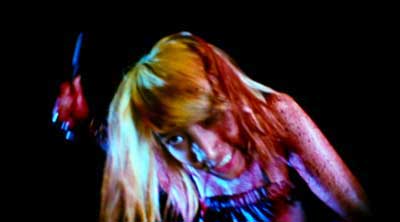 Of course no film is perfect & I did have two big problems with the movie & they’re so big they deserve mention. The subtitles on the film are just way too small to read clearly & since they’re in white, whenever the film is in a white setting you can’t see them at all. There were more than a few occasions where I had to rewind the DVD & get a closer look at what was being said. This may not be a big deal to some but for me it was because I had to get closer to the screen to see most of the subtitles otherwise I would’ve been lost as to what was going on during the movie. My eyes ain’t what they used to be granted but I’m not blind either. I’ve never encountered subtitles that I couldn’t read in a film before. In addition they come & go so quickly in some scenes that I had to sit 2 feet in front of the screen for the majority of the movie to be sure I caught them all. Small subtitles might not be a big deal for you but they are for The Black Saint! I should also mention the one scene where our red coated killer is seen strolling through the streets of Thailand wearing a bright red raincoat & dragging a large red suitcase behind him. This scene takes place after the first killing & the murder had already been reported to the general populace on the news. So why doesn’t anyone confront the guy or at least call the police to report seeing someone dragging a bright red suitcase through the streets? It’s the one “WTF” moment in the film.

But all in all, “Slice” is definetely worth a look if you get a chance. It combines elements of the 4 films I mentioned earlier in a very smart fashion & that’s not something you see much nowadays in American films, let alone films from Thailand. So if you get the chance watch it. The Saint is giving it 3 1/2 Shrouds. I liked it a lot & I think you will too.

So until next time my children of the night..I hope all of you had a fantastic Thanksgiving & feasted upon the carcasses of Turkeys with reckless abandon, I know I did. Please keep checking in on Horrornews.net & The Black Saint in addition to all of the fine people who keep the Horror news coing right at you every day. And please don’t forget to say your prayers every night, you know I’m always listening. As a matter of fact don’t be surprised if you find me under your bed one night, listening to your prayers to be sure I’m in them. Because if I’m not..well let’s just say that you don’t want me to reveal myself to you at that point! 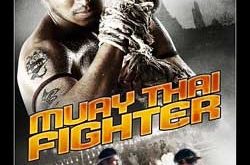