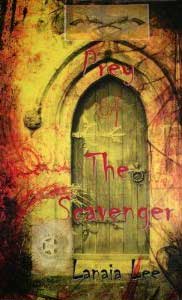 What drives you to write your fantastic fantasy books on these myths and legends?

My love for ancient history is what has compelled me to learn more and do the research that led me to create the characters and settings for my books. However, I recently moved into a new genre – I’ve written a psychological thriller that I’m excited about which has just been released – it’s called Prey of the Scavenger.

There are a few things that I would like to ask you about – First tell me about what kind of research goes into writing about the mayan doomsday prophecies?

My research has come easily as I consider myself an amateur ancient historian, so over the years I have acquired quite a bit of knowledge just through curiosity. I occasionally look up specifics and I research names from different historical periods so they seem authentic. I love ancient history and read and watch everything I can. I have a great memory and maintain a huge store of knowledge. 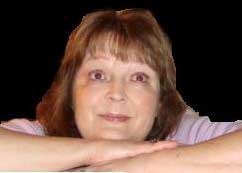 I’m curious, what is your opinion on other doomsday prophecies, like in the quatrains of Nostradamus?

There are many prophecies and certainly those of Nostrodamus carry a lot of credibility. However, this prophecy is unlike all the others because NASA agrees the galactic alignment of 2012 is going to happen- scientifically proven. So we can all just hold on to see what unfolds.

What supernatural powers are linked to the legend of the crystal skulls of Belize?

Most people that come in contact with a skull comment on how much energy can be felt . Some say it is impossible to look straight at one of the skulls. Some believe the skulls have healing properties or are useful in predicting the future much like a crystal ball. Others believe they bring bad luck. One legend has it that they are linked to the lost civilizations of Atlantis or Lemuria or to alien planets. In my Of Atlantis series, I have my Atlantean characters originate from alien planets and then live eternally participating in many important events and as leading historical figures like Imhotep. 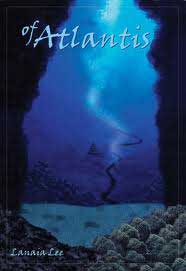 How many skulls are there?

There are thirteen skulls, so far eight have been found.

What is your opinion on movies like “ Indiana jones and the Kingdom of the crystal skull “ , do they de-value the real history of the skulls?

No, not at all! I think they generate interest and research that helps us learn more.

Could you talk a little bit about Prey of the Scavenger?

This is my masterpiece about a serial killer that practices a kind of Cajun religion and worship called hoodoo. When I saw the movie Shutter Island, I realized Prey of the Scavenger unfolds similarly where you really don’t know what is going on to the very end of the book

Do you have any favorite murder mysteries (either film or book) from your childhood that inspired you?

Alfred Hitchcock’s Pyscho really impacted me. The skill of the photography, the careful laying of the plot and the surprise ending which shocked us all. It was a masterful movie that influenced my interests ever after. 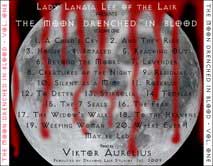 Are there any favorite pieces of your dark poetry that you would care to share with our horrornews.net readers?

Creatures of the Night

The wind churns and violently blows

The shadows of the trees dance in the moonlight
In the reflection of the pond, the moon casts a glow
The illumination of the moon shines bright.

With the song they sing one would think them sad
But you must understand why they sing
Reveling in an existence that’s mad
Creatures of the night to their song e’er cling.

The darkness of the night through them comes alive
Each of them singing in their own special way
Oh, the song of the night I beg ne’er me deprive
A part of my soul embraces all that they say.

I love their sounds that ring in the air
As I hear them I feel neither fear nor fright
My dear friends sound like they haven’t a care
I know as I, too, am a creature of the of the night.

What else are you working on that you would like to mention?

I’m excited about my new publisher, A. J. Spencer Publishing who has done a great job with Prey and I’m working on two other novels as well as releasing the third book of the Of Atlantis series – whew! Sounds like a lot but I love what I do.

Thank you so much for taking to the time to answer these questions,