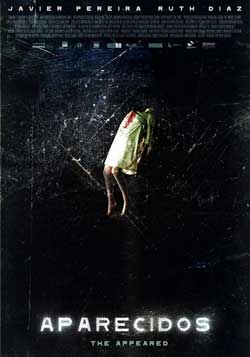 In the tradition of THE DEVIL S BACKBONE comes the internationally acclaimed Argentine/Spanish horror saga from writer/director Paco Cabezas. During a road trip to visit their dying father, an estranged brother and sister discover a hidden diary that reveals a family legacy of fear and torture. But when past and present begin to collide, the siblings must confront the truth behind the trail of ‘the disappeared’: 30 000 people kidnapped and murdered under Argentina’s military dictatorship…some of whom may have now returned to our world. Ruth Díaz and Javier Pereira star in this startling combination of supernatural chiller and shocking political thriller that Eye For Film hails as a modern ghost story made with commitment, passion and effective terror.

Directed by: Paco Cabezas
Written by: Paco Cabezas
Starring: Ruth Diaz, Javier Periera, Pablo Cedron, Leonora Balcarce, and Luciano Caceres
When innocent victims are slaughtered in a mysterious fashion, their souls are left to walk the Earth, hoping one day their deaths will be avenged by curious saviors. Only by knowing the secret of their untimely deaths can release their spirits to the next step in their afterlife, and give them a chance to finally rest in peace. In Paco Cabezas’s “The Appeared,” two siblings come upon a family of spirits that demand their secret to be known as to how they became picked off by a sinister killer.

Malena(Ruth Diaz) and brother Pablo(Javier Periera) are faced with the difficult decision of pulling the plug on their dying father. Being diagnosed with a terminal form of cancer, Malena and Pablo are both required to sign the form that cuts the life support, and sending their father on to finally die. Pablo never really knew his father, so he has more of a problem pulling the plug than Malena does. When Pablo finally agrees to sign the form, he makes Malena promise to go on a road trip to his birth place to learn more about his past.

On their 2,000 mile journey to Pablo’s birth place, strange activity begins happening when their father’s car that they are driving is home to a mysterious journal hidden above one of the wheels. Pablo discovers this book when a young apparition is searching above one of the wheels when the car is stopped. When Pablo takes interest in the diary, he decides that they should follow the various stories and landmarks that are written and posted in the tattered pages. Pablo and Malena stay at the same hotel that is pictured in the diary, and there find out about the slaughtering of Manuel(Luciano Caceres) and Amalia(Leonora Balcarce) Leonardi’s family.

Staying in the room adjacent to the room in with the Lenonadi family was killed in, around the time of the murder, Pablo and Malena hear a ghostly reenactment of what happened the night the Leonardi’s disappeared, and immediately leave the scene of the hotel. Unfortunately, the apparitions of the Leonardi family still haunt the siblings, and won’t let their mysterious murder be left unsolved anymore. As coincidence becomes reality, Pablo is faced with the truth of his estranged father’s past, along with painfully witnessing how the Leonardi’s were singlehandedly massacred. 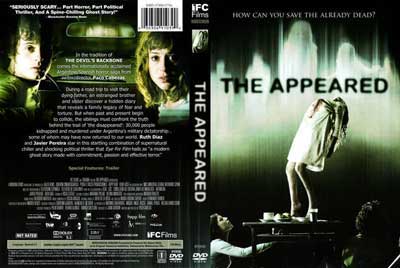 Pablo and Malena are repeatedly visited by spirits that take the form of humans, and are not believably ghosts besides their pale appearance and mysterious disappearance after first showing themselves. The ghosts are also able to interact with the humans, as there are scenes of actual humans being attacked and touched by the spirits. Blood is also used profusely in the portrayals of the murders, and the killer takes the family’s life in a gory fashion that is recorded through Polaroid photography in his diary.

Witnessing the killer picking off each of the members of Leonardi family is painful, and watching the merciless killing of children is something the audience can pick up in a disturbing fashion from “The Appeared.” Various plot twists keep the storyline alive, as the movie’s length of 120 minutes seems long but fitting for the story to develop in a shocking fashion. The film also is shot with dark scenery that adds to the creepiness of this paranormal thriller that keeps the viewer guessing about the mysterious fate of the family until everything is explained through Pablo and Malena’s painful adventure.

Paco Cabezas’s “The Appeared” is an eerie tale about two siblings that are faced with the decision on pulling the plug on a father they barely knew, but are faced with the truth about his past on a harmless road trip to a place of their past. After the truth is finally revealed by the harmed souls of the past, the spirits can finally rest peacefully knowing that their deaths are avenged by the certain living that helped in their mission of assisting the unknown.