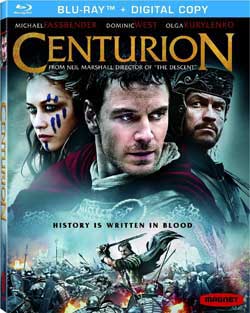 A splinter group of Roman soldiers fight for their lives behind enemy lines after their legion is decimated in a devastating guerrilla attack.

Way back in good old 117 A.D., Roman Centurion Quintus Dias has done the unimaginable and survived a raid by the Picts on his frontier fort. See, the Romans are invading the Britains, and the Pict mountain folk don’t take very kindly to that kind of intrusion, so they use the shadows and mountainous terrain and anything else they can to their advantage – for those who don’t know their history, just think of them as full-sized Ewoks trying to protect Endor from the Empire.

Anyway, during his daring escape, Dias runs into the famed 9th Legion – the Delta Force of the Roman Army – who have orders to wipe every last Pict from the face of the earth with extreme prejudice, and leads them back to the front. When it turns out to be a little more of a battle than they bargained for, Dias must lead the rag-tag group of survivors back to Rome to regroup, the whole time being hunted down and picked off one by one like the Predator did to Dutch’s team back in South America.

Neil Marshall, you cheeky bastard, you did it again!! Four for four, a damned amazing record if I do say so my damned selves, thank you! These days, getting one out of three right for me seems to be pretty standard for most writer/directors, but every single thing this man has done has left me not only entertained beyond all shadows of any doubt, but long before the end credits roll I’m already clamoring for his next film. Yeah, I’m gonna gush on and on about Mr. Marshall for awhile and if you don’t like it, I got just two words for ya…

Back in 2002, in a time sadly long past when I had an easy, very well-paying office gig and had way more money than I knew what to do with, I was in Best Buy very religiously and without fail every single Tuesday on my lunch break. Why? New release DVD day, duh…what the hell do you do on your lunch break? And perusing the horror section, there it was staring up at me like the last lone desperate semi-pretty-after-downing-a-bottle-of-tequila barfly just before the lights come on at closing time, pleading at you with sad eyes to take her home before the lights actually DO come on – DOG SOLDIERS.

With a cast I didn’t recognize any names ‘cept for a couple, and a writer/director I had never heard of before, and with the sh*tty treatment werewolf movies usually get, sure – I was a little more than skeptical. But then I saw it was made by Brits, and if there’s one thing their filmmakers know over there across the pond, its horror and comedy. I took a chance and forked over my not-so-hard-earned $8.99 and took it home. I was rocked and rolled and blown away – easily one of my top 25 favorite movies of all time, and it still gets watched at least monthly if not more around here.

Then came THE DESCENT in 2005 – one of my very first (fourth, actually, if memory serves to be exact) professional reviews for a real, honest to goodness horror website. Think I liked it? Shit, that movie damn near made me claustrophobic, and I sure as all bloody hell am not going spelunking anytime soon, I can tell you. I called it way back then in my review that Marshall was the A-Numba-One Duke Of New York writer/director dude to watch out for in the future, and I think he’s more than lived up to his hero status in my eyes through the years.

Fast-forward to 2008, and Marshall performs a hat-trick by reeling me in again with DOOMSDAY, which was the perfect blend of sci-fi and action, and an extremely kickass throwback/tribute to both ESCAPE FROM NEW YORK and THE ROAD WARRIOR, and it was written & directed with a fanboy’s love, and damned if I didn’t love it too – even made my Top Ten of 2008’s Best Of list that year.

Now here we are again, this time in 2010. When I heard that CENTURION was actually based on historical events and had nothing to do with either horror OR sci-fi, yeah…little worried; little unsure; little freaked out that maybe Neil was leaving me for good. When it never even made it to a theater near me within like 200 miles and then virtually disappeared after a few days, I had no doubts in my mind that someone’s fate had been sealed and Neal & I were breaking up for good.

But then something miraculous happened…the screener landed in my lap. Of all the wonderful reviewers we have working for this site, the first-ever Neil Marshall flick that I wanted absolutely nothing to do with wound up flying into my mailbox to review. So, yeah…had no choice but to watch it, right? Fate was tempting me, and I folded like a cheap suit.

But man, I can’t tell you how thankful I am that it happened to me though…CENTURION is not only a fantastic movie, but it’s everything to me that the big-budget Hollyweird flicks like BRAVEHEART, and especially 300, weren’t to me. It’s not epic on a grand scale like those two in terms of budget, effects, patented name brand big box office drawing movie stars, or anything like that. BUT, it is more than epic on a grand scale in terms of full-on balls-out action and adrenaline.

One thing I really love about this flick is that neither side of the battle is really, truly portrayed as the good guys or the bad guys, and that’s just fine with me. Just like in professional hockey – you pick your team, stand by them, and sit back and enjoy the bloody ride. CENTURION is, of course, now available everywhere you look for purchase on DVD and dammit, you need this one in your collection. Horror movie? No. Over-the-top kickass action flick by a man and a fan who has more than done horror justice over the last decade? Absof*ckinglutely!!! Neil, please forgive me for ever doubting you. I promise it will never happen again!! 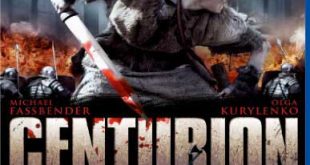