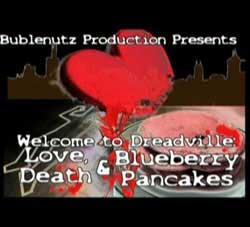 A contracted killer has been sent to take out the leaders of the local gangs, putting additional strain on their existing relationships.

All right – I have a confession to make. I am not necessarily a fan of the urban jungle gang related story line, unless you throw in some sort of supernatural element like vampires or zombies. Honestly, the
best part of the whole movie is the opening credits – a love song saying “I’d love you better if you were a little bit dead.” I was hoping that this would be some indication of what the movie was going to be about, but unfortunately things kinda just keep going downhill.

There’s no real fault with the acting or the fact that this is a budget film – it’s the story itself. Even it it was just trying to be a morality or cautionary tale, it still kinda just falls short. I have no problem with drama – but this really just kinda gets depressing enough to actually get silly.

All of the local gang leaders are told to keep a low profile until they can find out who the hitman is and do something about him. Well, needless to say, none of them do this – and the body count begins to
climb.

The only real story here is that Chino’s girlfriend Anne (and yes, that is his name) is a young and beautiful high school student whose father is unpleased with her choice in paramours. She is trying to see
him, is kidnapped by the killer who shows her a video of the fates of former interrogatees that did not give satisfactory information. 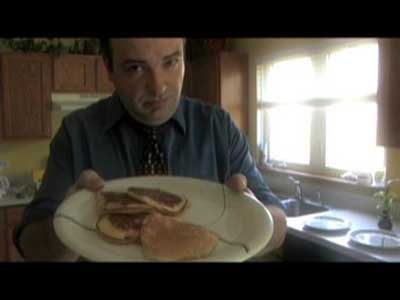 Well, big surprise, it ends up being her father that is the hitman – and like the dutiful daughter, she tells her father where Chino is staying and settles in for a batch of her favorite blueberry pancakes. I keep expecting her to look at her father and say, “Daddy, you were right all along,” smile, and then roll credits.

Truth be told, the only character I actually liked in the whole show is Chino’s right-hand man – which Chino sends away so the girl he’s cheating on Anne with can kill him.

I am sorry, guys, but I found this film to be predictable & depressing. I have no problem with the bad guy winning, but it could be treated in a much better way.