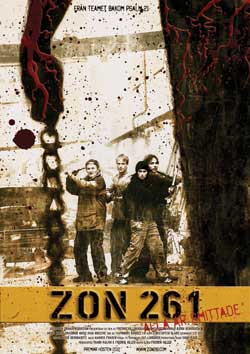 The fascination with zombie infection has spread all over the world from Cuba to Japan and now Sweden’s own has made their film interpretation of the virus. In ZON 261, the year is 2013 and survivors in an apocalyptic Landskrona struggle to escape both the city and the impending threat of infection. Billed as a “a zombie movie – that isn’t a zombie movie – about xenophobia,” zombie films and political and social statements go together like peanut butter and jelly.

Fredrik Hiller’s ZON 261 provides a unique film experience, as the zombies appear aware of their surroundings and capable of logical thought despite their desiccated bodies.