Anchor Bay Snaps Up Distribution Rights for THE HOWLING: REBORN

A popular werewolf franchise has now “Reborn.” Anchor Bay announced in a press release that the company has picked up the distribution rights for THE HOWLING: REBORN a new chapter in the werewolf series that they call “Twilight with Bite.”

Anchor Bay credits Joe Nimziki’s drive and creative vision for raising the bar and taking the franchise to the next level and reaching a wider demographic. Bill Clark, Kevin Kasha, and Richard Turner negotiated the deal for Anchor Bay Films, and Etchie Stroh for Moonstone Entertainment. In the official press release, Kevin Kasha, Executive Vice President of Acquisitions and Co-Productions calls the franchise “… the perfect addition to our family.” THE HOWLING: REBORN is currently in post production and no release date has been set as of yet. 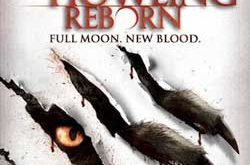