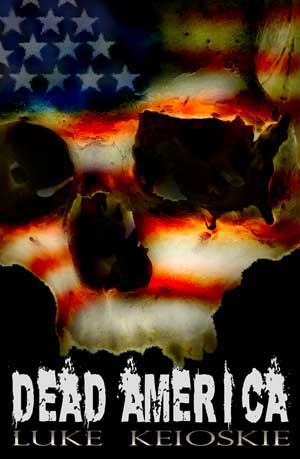 “I charge gray Gary J, Slam him against the wall, start kicking the crap out of him, beating him for all the sh*t I’ve seen, all the calls I’ve come to where girls are killed for their undead ass, where dead men have been set alight by religious lifists, where little boys have been turned into zombie sex dolls for the perverse pleasures of pedophiles, where Newly Dead students have been strung up by flagpoles as a joke, Where a Dead African American woman sat in the wrong spot and was thrown from a moving bus, where good people, living people, have lost everything when they die and they step to the edge of the abyss and resolve to take a few people with them before they go.”

A wise man once said that, sometimes, dead is better, but what does that mean in a world where death itself doesn’t mean anything any more? A world where the dead get back up and keep going about their unlives. This isn’t a Romero-esque zombie apocalypse as we’ve seen so often, or even a minor zombie uprising ala Fido. Instead of that, Luke Keioskie shows us a world where the dead don’t die quite like they used to. As an inspiration kid with Down’s Syndrome once sang. “Daaaa da da-da, life goes on.”

Except when it doesn’t.

Faraday, and ex-cop P.I. relic of Marlowe’s best moments, was just trying to find a runaway; a pampered rich girl out for a taste of the quick and dirty life of the streets. What he found was the first person to die and stay dead in decades. Now he’s determined to find the killer, and almost as important, how they did it. Swimming through a sea of dead gangsters, bigot lifists, angry pro-dead rights activists, an asshole of an ex-partner, a raging cunt of an ex-wife and a city tearing itself apart at the seams, he’s gonna need all the help he can get. Even if that help comes in the form of a necrophilic pathologist, an overzealous and callous reporter and Dorothy, a severed head.

Without a doubt, I must applaud the originality of Luke’s approach, something I haven’t seen since Scooter McCrae’s existential skull-humper Shatter Dead. By taking this approach, Luke eschews the usual survival- or siege-based story lines and is able to focus more on the humanity of the situation. We see the world through his eyes in the face of a drastic paradigm shift and what we see is frighteningly similar to what we see every day: humanity struggling among its own pettiness, destroying everything it can to clutch onto an illusion of superiority. It’s a world with infinite promise constantly undercut by ignorance and fear. Yet hope shines in sh*t-caked corners and half-rotten eyes, in the tiny motions of outstretched hands. It’s all just another day in America.

This idea is even further expanded by the mundanity of the story, despite the insanity of the situation. At heart, this is a simple hard-boiled crime novel about a gumshoe that gets in way over his head while trying to solve a deceptively simple case. All around him are people who are living those standard lives of quiet desperation. Motives are almost always the same: sex, money, power and, occasionally, love. Even the hatred of the dead is nothing new (the references to them as “necros” and “neccers” draw the obvious parallels). Live or dead, people are still people.

Beyond all of that esoteric crap, as a crime novel (Undead Noir?), this stands as a full-bore, damn good ride. Keioskie has created characters with a depth and heart to them that I found irresistible. I also admire his patience, letting us wade our way into the story with so slight of a grade that I didn’t realize how far out I had gone until I was in too deep. Most importantly, I had a good time.

On a side note: the website for the book (deadamerica.info) has some incredibly witty fake ads for the relived. I highly recommend checking it out just for those.