Everyone loves a good one-liner. Its something that anyone can shout out and most of the people will get the reference.

Sometimes these one-liners can really add a punch to your joke or drive a message in deep. Most one-liners spoken today are from TV shows or movies.

Some of my favorites that I use frequently are:
“That’s what she said”
“Ill never let go Jack”
“Excellent”
And my favorite “Duff Man, can’t breath”

Feel free to use any of those in the future.
But I want to expand your knowledge of one-liners to the wonderful world of horror.

Below are my favorite one-liners from a vast array of horror films. Some of you have probably heard of and used, but some may be new to you and you may start spouting them out willie-nilley. Enjoy.

“We all go a little mad sometimes”- Norman Bates- Psycho (1960)
In my book this is the best line on the list. I use this line constantly because it’s just the perfect set of words that Norman Bates can say. Now for those of you who haven’t seen Psycho, stop reading this list right now and go buy it or rent it. I’m Serious. Best time to use this line-When someone says, “You’re crazy” 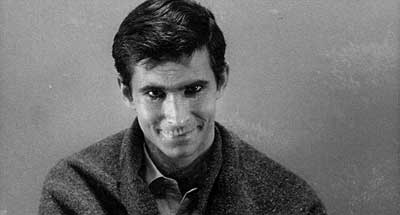 “I want to play a game”- Jigsaw-Saw (2004)
Everyone and their mother has said this line. But the beauty of this line is that you don’t say it in a normal voice. When you say Jigsaw’s most famous line, you need to do it as deep as you can with some raspiness behind it. Imagine how Christian Bale in The Dark Knight would say it. Best time to use this line-When you’re bored and want to play a game (but don’t forget to deep voice) 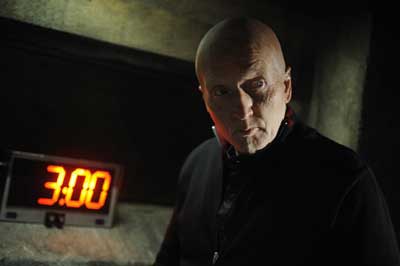 “Welcome to slavery”—“No thanks. I’ve already had a wife”- Seth Gecko- From Dusk Till Dawn (1996)
OK, so this is not a one liner, but if someone is ever joking around with you and says “Welcome to slavery” or something to that extent, then you have a good one-liner to follow. Also, George Clooney says this line and anything that comes out of his mouth is gold. Best time to use this line-I’ve already told you, if you don’t remember read the above paragraph again. 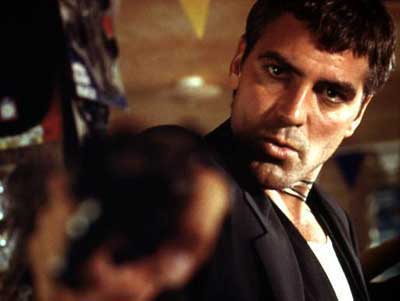 “It rubs the lotion on its skin or else it gets the hose again” – Buffalo Bill- The Silence of the Lambs (1991)
You knew, it was going to be somewhere on my list. Now, Silence of the Lambs has so many great quotes that I could do an entire list just on its best lines. So take your pick of which one-liner is your favorite because they are all good. But the fact that Buffalo Bill is in drag, holding a tiny dog named precious just makes this line oh so much better. Best time to use this line-When someone is putting lotion on. Or really anytime, it’s an awesome line.

“Yo, She Bitch, Lets Go”- Ash- Army of Darkness (1992)
Just like Silence of the Lambs, Army of Darkness has some of the best horror one-liners known to man. This line is simply my favorite because I say it all the time to my friends. Just one word of advice before loosely using this one-liner, make sure your mother knows the film reference before you say it to her. The same goes for girlfriends and wives as well.
Best time to use this line-When you are talking to a woman and you want to go somewhere. 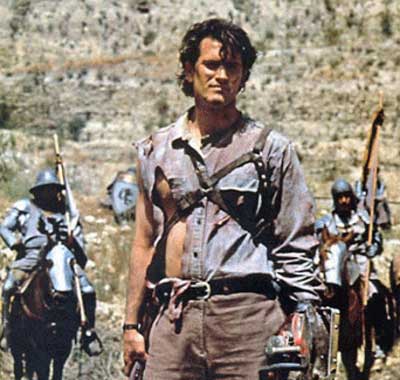 “Get away from her you bitch!”– Ripley- Alien (1979)
Every time I see this movie I get chills when Sigourney Weaver says this line. I think it’s mostly because I know an epic Alien Queen vs Kick ass woman battle is about to ensue. Words really can’t describe this one-liner, so if you want to learn more, go buy the movie ad watch it.
Best time to use this line-Anytime someone you don’t like is around a girl you do like and you want him or her to get away. 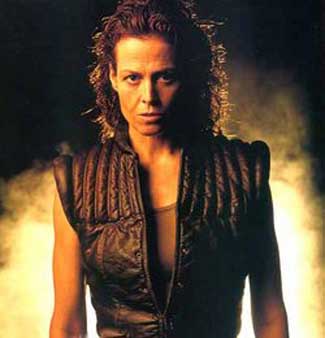 Run! Go! Get to the CHOPPA! – Dutch-Predator (1987)
In honor of Arnold let’s see how many Arnold lines we can say in 10 seconds, ready, go! “It’s not a tumor” “ I did nothing, the pavement was his enemy” “You son of a bitch” “Bull Shit” and… “I’ll be back.” Now if you want to see more great Arnold quotes there is a great YouTube video that has 160 Arnold quotes. Best time to use this line-Every time you open your mouth. 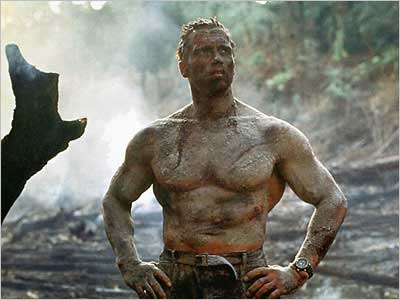 Here’s Johnny! – Jack-The Shining (1980)
The Shining is another one of those movies that just has great quotes. But what I think makes all these quotes so good are that they are delivered by one hell of an actor, Jack Nicholson. “Here’s Johnny” is said as Jack just tore through a door with an Ax and is looking through the new hole he has just made. Best time to use this line – When you put your head through a door, or anytime you enter a room. 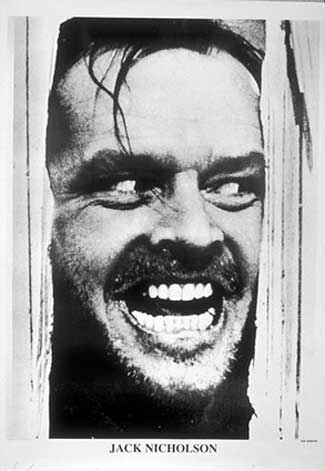 “They’re here”- Carol-Poltergeist (1982)
Carol, played by Heather O’Rourke, is one of the creepiest little kids in any horror movie. When she delivers this line, she says it so calmly, even though a whole bunch of sh*t is about to go down. When I think of this line I can see O’Rourke sitting in front of the TV showing nothing but static and turning her head and delivering the eerie line. Best time to use this line-Any time company arrives. 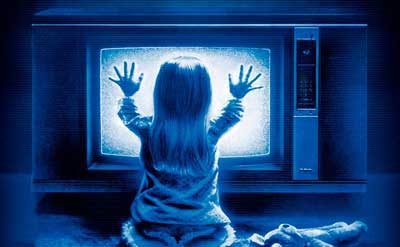 “You’re gonna need a bigger boat”-Brody-Jaws (1975)
Damn straight your going to need a bigger boat, Bruce is a huge f*cking shark! But this line is perfect because everyone, I mean EVERYONE will recognize this one-liner. Jaws quotes have been drilled in to Americans minds for the last 35 years. Best time to use this line-When you approach a small boat that your about to get into.

“Wait a minute, who am I here?” – Jerry Blake- The Stepfather (1987)
The 2009 remake of The Stepfather was horrible, however, the original film was quite good. Now, let me set up the one-liner for those of you who haven’t seen this film. Jerry Blake is living two lives with two different names. So when he answers the phone and cant remember which person he is supposed to be, he says “Wait a minute, who am I here?” But the thing that makes this line even better is that Terry O’Quinn plays Jerry Blake. Oh, who is Terry O’Quinn you might ask? Well you might best know him as John Locke from a little TV show called Lost.
Best time to use this line-When you don’t know who you are. 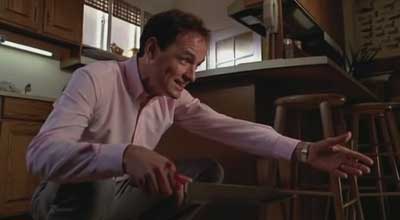 “They’re all gonna laugh at you” – Margret White- Carrie (1976)
You know you have a supportive mother when she tells you that everyone will laugh at you. I don’t think anything else could make your senior prom worse than hearing that. Well, other than getting a bucket of blood poured on your head. Best time to use this line-Whenever someone you know looks or acts ridiculous. 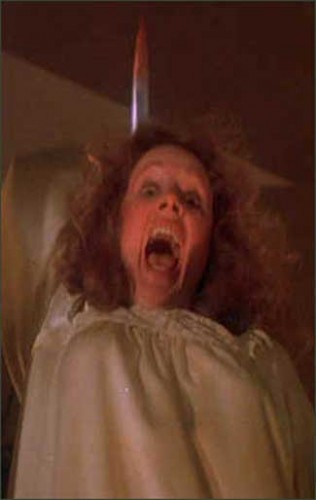 And that concludes my list…for now. Muhaha! But if you have any one-liners that are your favorite, leave them in the comments below. 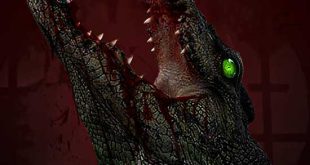 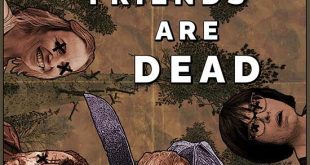