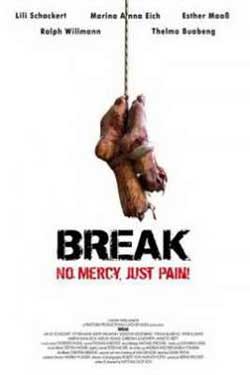 Rose, Claire and Anna are trying desperately to cheer their long time friend Sarah up after her recent breakup with her boyfriend Frank. The girls decide that a camping trip up to Glacier Rock is exactly what the doctor has ordered for their heart broken friend, it really is too bad that these girls haven’t seen a lot of horror films or they would know exactly what they are about to get themselves into.

“Let’s go he’s starting to give me the creeps!”

Matthias Olof Ekh really loves his camera and can go from showing some of the most beautiful footage you have ever seen in your life to some of the most graphic and vile in a matter of minutes. His film Break is the perfect example of this.

Break starts by simply showing three friends (Anna, Claire and Rose) getting into a car and getting ready for a camping vacation up in the mountains. The girls last stop is to pick up their friend Sarah, the girls send Rose in to get her since Sarah and Rose have been friends since Kindergarten. It is during this segment that the viewer learns just why the girls are going on the trip and immediately Matthias starts to have the viewer start to care about his would be victims. During the drive the viewer is treated to scenes of Claire taking pictures (she does this a lot at the beginning of the film) and Rose and Sarah chatting in a friendly manner in the back. The girls suddenly find themselves lost on the way to their campsite and at first only find a German hiker who has no idea really where anything is. It’s only a few minutes later that they run into a very scary looking hunter who simply stares at the young girls when they ask for his assistance…did I mention that before the credits even rolled the viewer was treated to a few shots of a woman being killed by arrows and cut to pieces by a knife…no…well you get the idea of what is going to happen to these poor girls.

Claire and Anna are the secondary characters in this film so not much is spent developing them; however a lot of time is spent on developing Rose and Sarah. Most of these development scenes involve them talking about their youth (one conversation actually comes play back much later in the film) and about why Sarah is so depressed….she’s pregnant. It isn’t until the girls find a trap while hiking that they start to get nervous. That night while the girls are by the campfire Anna also claims to see the creepy hunter guy from earlier in the exact same woods….this isn’t new territory and by now most of us realize what is going to happen. 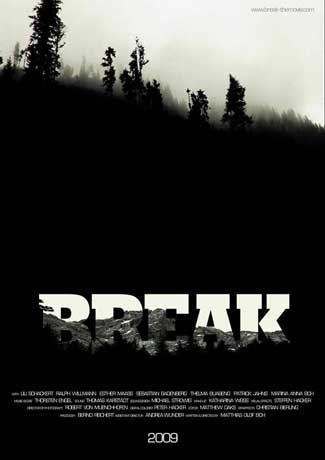 Matthias Olof Ekh does a great job however with this nasty little exploitation film. He literally uses the first half of the film forcing you to care about these girls (when you know something bad is going to happen to them the entire time) so that when the hunter and his skinny buddy finally do get their hands on them it is sickening and disturbing. During the first half of the film Ekh also spends quite a bit of time focusing on shots of the surroundings which are very beautiful, mountains are reflected in the crystal clear water etc. When the film takes its turn and the girls start to be hunted however Ekh’s use of the camera shifts from capturing beautiful things to filming brutally bruised and bloodstained women attempting to survive their attack. One thing I will give Ekh is that his girls aren’t your standard type of women one would find in a film like this, from the get go these girls are fighting back and actually do make quite the opponents for the hunters.

Ekh also doesn’t spend a lot of time on the gore just for shock value. During what could have been an unwatchable rape sequence Ekh focuses only on Anna who is tied to a tree and stained with blood screaming as you hear her friend being violated, techniques like this should be applied way more often since it left that same vile taste in my throat without the “looking out the window to make sure I don’t get arrested for watching this” vibe most films in this subgenre would have taken.

Break might not make a whole lot of noise when the viewer first puts it in but give it a while and if you are very patient you as a viewer will be subjected to what may be one of the best modern exploitation films I have personally seen in quite a while.