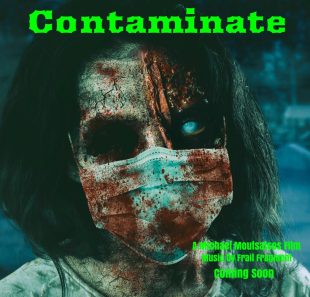 Indiegogo is an excellent way to become part of the project and get cool perks including posters, dvds, t-shirts or if you really want to get involved there are options to become a victim and get killed on screen or become a producer or executive producer on the movie.

Contaminate
In a mad world only the mad are sane