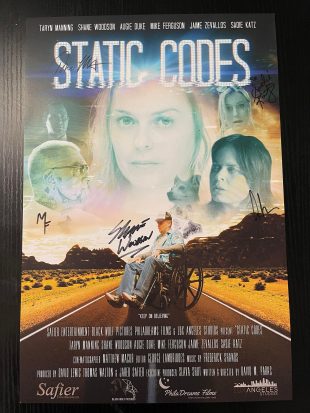 Please email joyhorror@msn.com with “Static Codes Giveaway” in the subject line and your full name and complete address in the body of the email. Winners will be picked at random.

Synopsis: A man’s wife was abducted by aliens ten years ago during a car accident which left him paralyzed from the waist down. Given up on life, he has become consumed with only one mission: finding his wife.