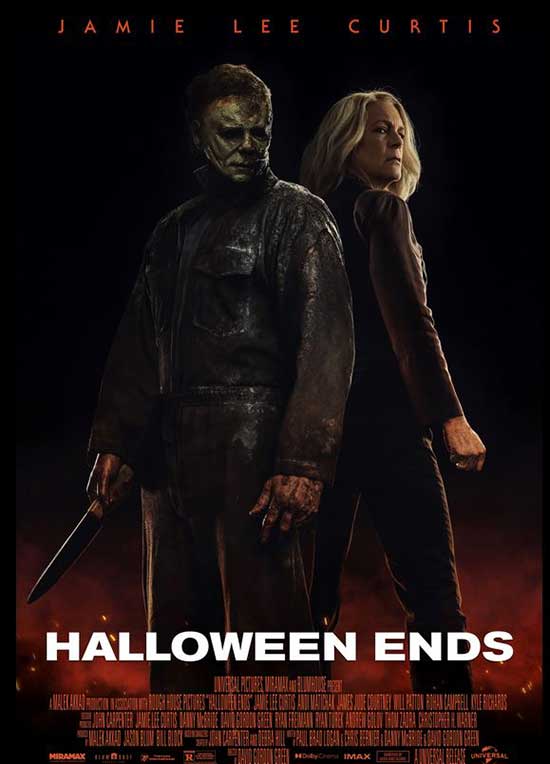 Four years after the events of Halloween Kills Laurie struggles to get her life back together as she prepares for her final showdown with Michael Myers.

Review-I’ve always been a huge fan of the Halloween movies but will admit that there are some real stinkers in the series. I love the first one, dig the second and fourth ones, and really enjoy the controversial third one. On the other end of the spectrum, I don’t care for the fifth and sixth ones, am not a fan of H20, and despise Resurrection with a passion (I’m not even going to talk about Rob Zombie’s films even though I didn’t think that the first one he did was that bad). I also liked the 2018 version and loved Halloween Kills (even though most people hated it), so I was looking forward to seeing the latest installment to see how McBride and Green wrapped everything up. After everything was said and done, I now have to say that Resurrection is no longer my least favorite in the series as that honor now belongs to Halloween Ends, unfortunately.

What went wrong with this movie? I mean seriously. It’s almost like the folks behind it weren’t even aware of what happened in the previous film. In Kills it is heavily hinted at that Michael is some sort of supernatural force that isn’t human and can’t be stopped, but in this one he’s just some old guy who hides in the sewers who isn’t remotely a threat to anyone. We barely see him, and he doesn’t show up until almost an hour into the movie, and once he does make an appearance, he doesn’t really do anything amazing. This is the guy who killed a whole group of firefighters with little to no effort in the last movie in a matter of seconds, but in this one he seemingly has difficulty killing even the easiest of victims. Isn’t he supposed to be some sort of unstoppable killing machine? You wouldn’t know it by watching him this time around. Even his much-anticipated final battle with Laurie is a little underwhelming as she takes him out way too easy and with minimal effort. It doesn’t make a lot of sense to me. 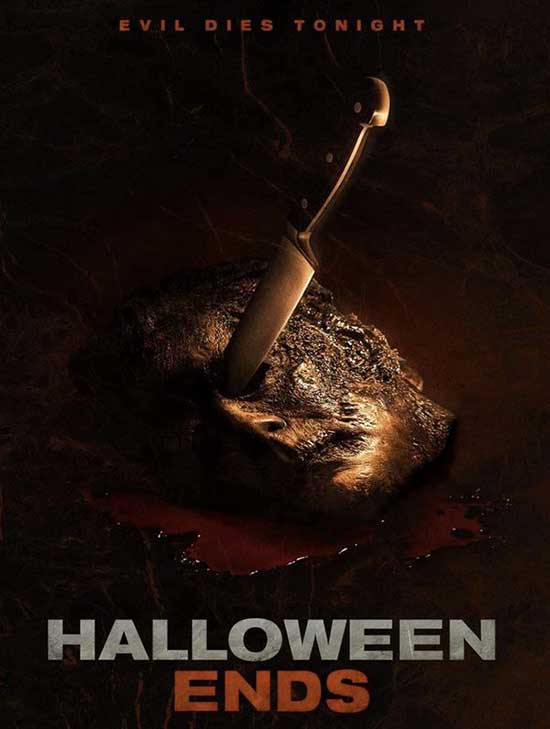 I think that the biggest problem is that instead of focusing on Michael the filmmakers for some unknown reason decided to do so on Corey, who is essentially the primary antagonist this time around. His love story with Allyson is cringeworthy and I honestly just didn’t care about either character. Because of the focus on these two, instead of a kick ass movie about Michael Myers going on yet another bloody rampage we get a Hallmark Channel-like love story that is painfully forced and just not that interesting. Even when Corey does his predictable heel turn at one point it still just isn’t enough to make things interesting and the results are just mind-numbingly boring for the most part.

I also don’t get why most of the characters act the way that they do in this movie. Laurie doesn’t seem that upset that Michael killed her daughter four years ago and that Michael-who has been missing for some reason since that time-is eventually going to come back for her and instead goes about her life like nothing happened (the bit with her writing the book about her history with Michael seemed a little odd to me as well). Likewise, Allyson doesn’t seem that upset that her mother is dead, and poor old Lindsay Wallace-who just pops up for a few minutes-just seems out of place here and doesn’t do anything worth mentioning. In addition, what is up with the relationship with Laurie and Officer Hawkins? He played a crucial role in the previous movie and is barely in this one, and when he is he doesn’t do anything worth mentioning. None of the characters act the way they have in the previous films, and it just doesn’t make a whole lot of sense to me.

This movie should have been epic since it is supposedly the last one (though I am sure it won’t be), but it was just a boring, drawn-out mess instead. None of the death scenes are that memorable or stand out, and as I mentioned before the big last battle between Laurie and Michael is way too short and totally underwhelming. I was highly disappointed in this movie and after talking to a few other people that saw it and reading some online reviews for it I know that I am not alone as they all share my opinion about it. I wasn’t a fan of this movie at all and can’t recommend it because I honestly thought that it was just plain bad all around. A true misfire in every sense of the word and a low point in the history of the Halloween movie series in general.