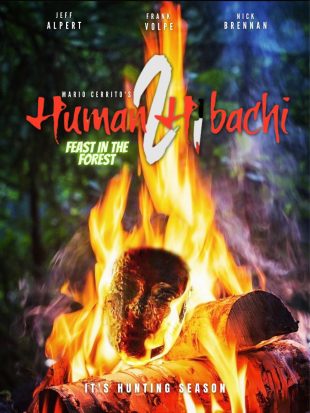 Mario Cerrito’s Human Hibachi 2: Feast in the Forest has signed a deal with Troma Entertainment. The first Human Hibachi film gained a cult following around the world and can currently be seen on the Troma Now streaming service. The sequel to the cannibalism classic is also coming to Troma Now.

Set in the deep woods, a cannibal family obsessed with the first “Human Hibachi” video have have made it their life’s mission to find the only two individuals left from it. If successful, they vow to provide them with the most elaborate feast imaginable.