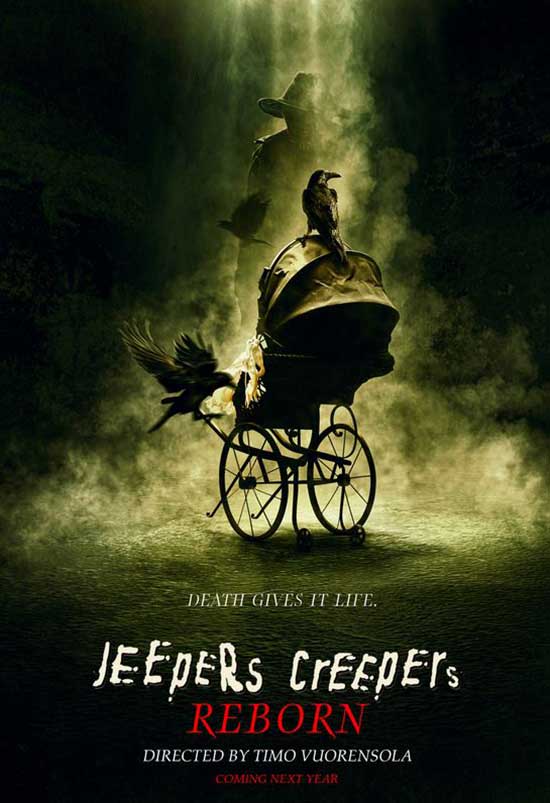 SYNOPSIS:
Chase and Laine head to the Horror Hound festival where Laine begins to experience unexplained premonitions and disturbing visions associated with the town’s past, and in particular, local legend The Creeper. As the festival gets underway and the blood-soaked entertainment builds to a frenzy, Laine believes that something unearthly has been summoned and that for the first time in 23 years…The Creeper is back.

Oh, Dee Wallace is basically a National Treasure. It’s so great to see a film open with Dee Wallace. Jeepers Creepers: Reborn is one hour and thirty-five minutes. We also get a different truck for a moment, a less creepy truck. No offense and actors, TAKE NOTES watching Dee Wallace. Dee has seen werewolves, she was in E.T., she dealt with Cujo. Ronald is portrayed by Gary Graham and Marie is Dee Wallace. They are the first two to encounter The Creeper.

This one was written by Sean-Michael Argo, and directed by Timo Vuorensola. I know what some of you are thinking, we waited for a long time to see Gina Philips return as Trish Jenner. Some things have happened and we won’t get into it but they go a different route. 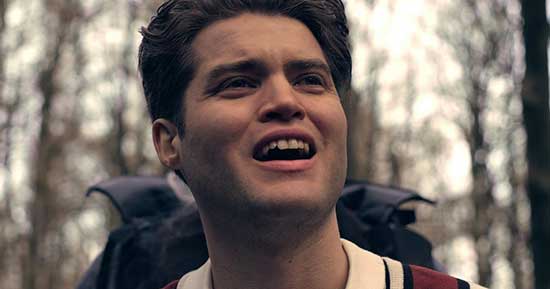 Chase (Imran Adams) and Laine (Sydney Craven) are driving and Chase is watching videos about the infamous, legendary creepy Creeper. So, every twenty-three years The Creeper portrayed by Jarreau Benjamin comes back to “feed”. Laine is having weird visions and its cool special effects and make-up but it’s not in the subtle Creeper realm. The trauma of what human beings go through isn’t worth anything that could make it worse, so I will say that

Chase and Laine arrive at the Horror Hound festival, it seems cool. I mean what could go wrong? Chase is watching TV and Laine is dressed up like Harley Quinn, Edward Scissorhands, and more. Chase is ready, he’s got his costume. A Horror Hound t-shirt. The cinematography is great, there is an interesting story. The flashbacks and stuff don’t seem to flowing.

Laine continues having dreams and seeing things. She also forgot about her pregnancy test. We meet The Creeper; Jarreau Benjamin is playing him now. There’s the truck, the infamous Creeper truck. The make-up, special effects, and cinematography are great. The Horror Hound haunt is cool. There is a Priest (Saverio Buono) protesting the event. 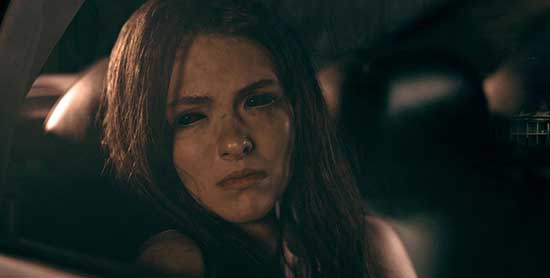 Laine and Chase attend the cosplay event, they win something. Sooooo, now they win a contest, shit gets a little wild. I want to say this is part of the show, the Horror Hound contest but it feels like The Creeper has some real fans who want to make sure he eats. I know one thing; these people need to get their shit together.

Oh, an homage to JIGSAW???!!!, (SAW) look at The Creeper setting traps in a house. Laine might be the final girl of this movie. It looks like they have been waiting a long time for Laine in the house and that Priest wasn’t a priest at all, oh he’s a priest, just a different type of priest. Never look out a peephole of any kind when a killer is chasing you. 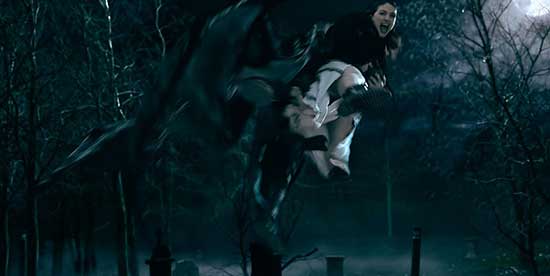 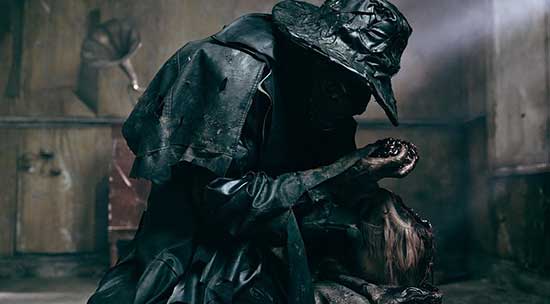 Imran Adams and Sydney Craven are doing a great job playing Chase and Laine. Stu is being played by Peter Brooke. I would imagine they will do a sequel to this one. The Creeper isn’t as hidden in this one with the entire Horror Hound event. The cast did a great job, and the special effects were great. They added a lot. I would say check out Jeepers Creepers: Reborn.