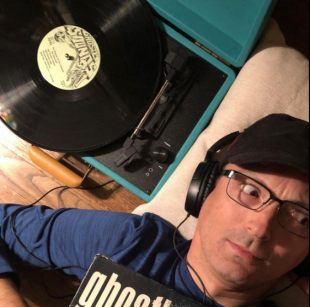 Tell us about your participation in 13 Tracks to Frighten Agatha Black?

I wrote, directed, edited and co-produced the film.

What separates 13 Tracks to Frighten Agatha Black from other horror films?

I think the concept of our film definitely sets it apart from a lot of recent genre releases. Our
protagonist becomes obsessed with these scary story records from her childhood – and they
slowly begin to comment on, and influence things, going on in her life. I also think that our
soundtrack, which includes a terrific score in addition to songs and stories, is really unique and
helps to propel the narrative forward.

What is your favorite scene?

There is a moment where Agatha (Bridie Marie Corbett) is listening to a story about a lake house
– and walks intently from the kitchen into the living room. While we were shooting that scene I
suddenly felt like we were all on the same page and making something really memorable. Bridie
was so good – and Daniel Frank just intuitively knew what to do with the camera. I love
watching that scene. 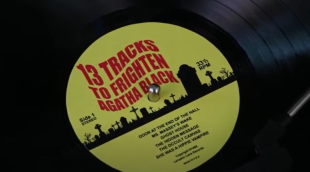 What was your biggest obstacle while making 13 Tracks to Frighten Agatha Black?

The biggest obstacle was our long post-production process. We were working with an editor
during filming, but he was unavailable during post, so it took some time to figure out the editing
situation. The pandemic hit during this time as well, which didn’t help matters. Ultimately, a
good friend built a PC for me so that I could finish editing the film myself. After working on it
for so long – I can’t imagine someone else editing the film now.

How was it working with the cast and crew?

The actual production of the film was a dream. The cast and crew were so dedicated and
professional. Shooting 13 Tracks was the most satisfying creative experience of my life – so far.
What was your proudest moment during this production?

Too many “proud” moments. We really pulled off some tricky scenes with very few problems.
My first “proud moment” was shooting a sequence inside a car. The fact that we pulled it off
gave me great satisfaction. Couldn’t stop smiling… 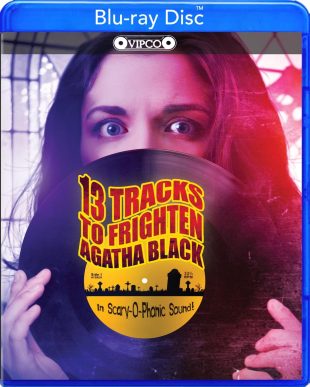 What is your favorite track from the 13 Tracks to Frighten Agatha Black?

Spending time with my husband, my creative friends, old movies.

What are your favorite horror films?

Two of my favorites greatly inspired 13 Tracks: Let’s Scare Jessica to Death (1971) and
Messiah of Evil (1973). Many of my horror touchstones were made in the 70s: Halloween,
Carrie, Dawn of the Dead, Black Christmas, The Brood and God Told Me to.

What’s next in your career?

I am currently writing a follow-up to 13 Tracks – not a sequel, but a film that exists in the same
sort of universe. I’m hoping to collaborate with musician Andrew Jones again – and my talented
cast and crew.