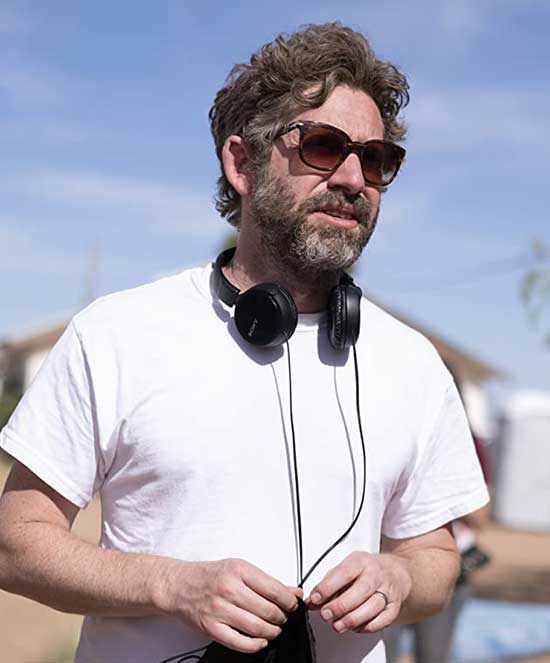 Hi, it’s great to talk with you. Slayers is such a fun movie. How did this idea manifest?

K. Asher Levin- I’ve been working on the film for a decade. Originally, I was just going to direct it, and then I was going to write it. I cam back on to direct, and we went and shot the movie in 2020. It took a while to get it done because there is a lot of visual stuff in the film. It was pretty complicated to finish the film.

Is it challenging working on all aspects of the film?

K. Asher Levin- I’m pretty blue collar as a director. Once I’m in the directing zone, I’m no longer in the writing zone. When I’m on set, because I’m a writer, and even on films that I don’t write, there is a relative level of improvisation that I have if dialogue doesn’t sound right. We can change it in the room. If we rehearse before and a scene isn’t clicking, we can change it. I think with this movie, all of that was immensely helpful. 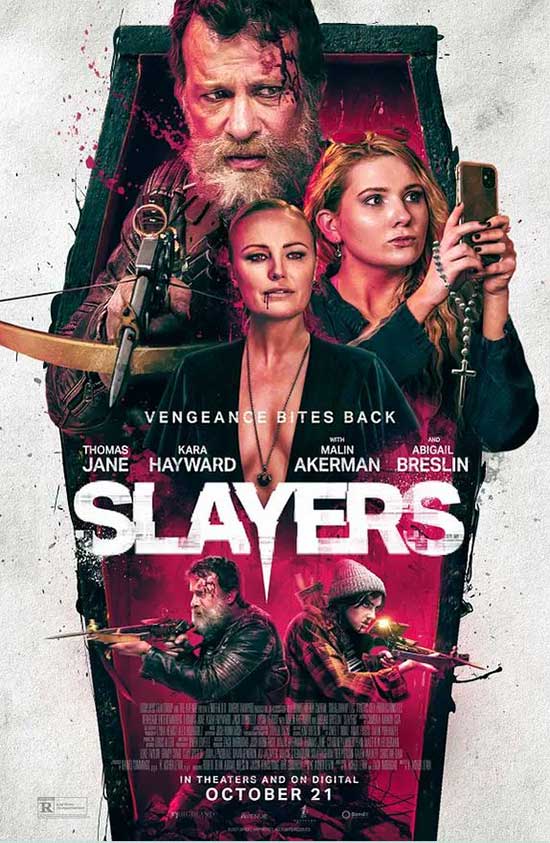 How did you get the cast prepared? Thomas Jane is awesome; he’s been so versatile in so many different films. The entire cast did such an incredible job.

K. Asher Levin- Everybody was a little different. I like to cast actors that I’m aware of already. It’s a little easier on set. 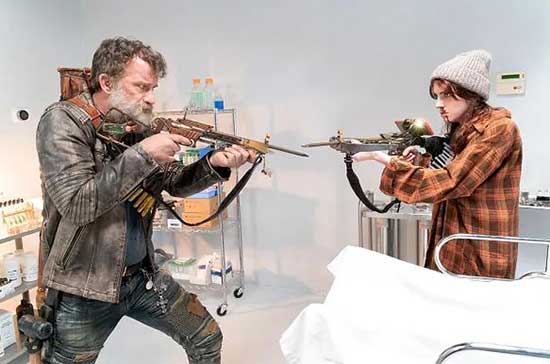 What do you want to say to everyone that will be watching Slayers?

K. Asher Levin- I want them to know that this is not intended to be a serious film. It goes really fast and my brain goes really fast. This movie is a real refection of what’s inside my brain. It’s fun, it’s like going to a rock show.

DIRECTOR: K. Asher Levin
WRITERS: K. Asher Levin, Zack Imbrogno
CAST: Thomas Jane, Kara Hayward, Jack Donnelly, Lydia Hearst, Malin Akerman, Abigail Bresli
n
SYNOPSIS: Kick-ass vampire slayer, Elliot Jones (Thomas Jane), made it his life’s mission to take revenge on the bloodsuckers who murdered his teenage daughter. After years of tracking them, he has finally reached their secret and hidden base. But to get to them he will need to use a motley crew of social media superstars. Enter ‘The Stream Team’: party-girl Jules (Abigail Breslin), gen-z pro-gamer Flynn (Kara Hayward) and their team of trend-makers and breakers! With a hundred million-plus combined followers, they have attracted the attention of reclusive billionaire Beverly Rektor (Malin Akerman), who invites them to party at her multimillion-dollar vacation compound. They soon discover these rich people are none other than the ancient vampires that Elliot Jones is chasing. When the team is being held captive in a house of horrors to serve the vampires plan to take over the world, Elliott is their only hope of survival. As he links up with Flynn, a slayer in her own right, will he take down the vampire hoard and save The Stream Team?