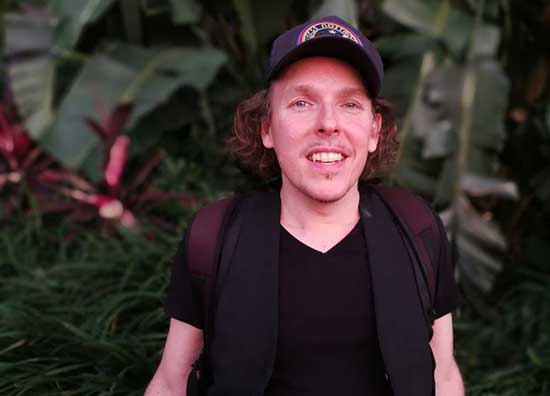 Hello Johannes, it’s such an honor to talk with you. Masking Threshold was absolutely amazing. It makes you think about how we are as human beings. How did this idea manifest for you?

J.G.- Thank you, the basic idea I was pondering was, humor. I play a lot with humor, and of course there is humor in Masking Threshold. It’s only bits and pieces, and very dark humor. It’s pretty much, a straight forward horror drama. I’ve always had this idea that I would like to do a film about a person going insane. Because, I’m a nerdy person, and I know myself well. I thought maybe this would be an interesting way of telling this story. I thought how would that work? How would a person that is awake, skeptical, and an atheist. A person that should know better, and I thought, how could I push that person, what does it mean to push that person completely to the dark side. Many people have asked me about the tinnitus? Does he get crazy because of the ringing in his ear? The first thing was, I wanted to tell the story about someone going insane. The guy is sinking into his desk, and he’s not interested in the world anymore. I need something plausible and something that could drive a person insane so, maybe it’s tinnitus. We are locked in our heads. We all get that ringing in our ears so, I needed to tell the story. 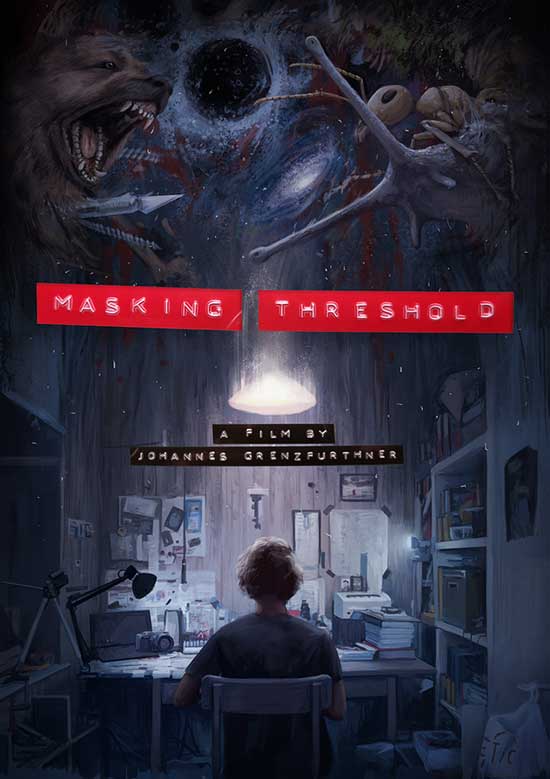 I actually get ringing in my ears a lot. So, that is relatable and when it happens you want it to stop right away. You focus on it and the worse it gets.

J.G.- Yes, the more you focus on it, the worse it gets. I read a lot of stuff, and the books you see in his little chamber of horrors, I’ve read most of them. You need to be a doctor or an expert to truly understand but I did talk to a lot of people that have tinnitus. The sound design is very important in my film and there were two people in the sound design, and one of them has tinnitus. She put her own tinnitus into the film.

What do you want to say to everyone that will be watching Masking Threshold?

J.G.- The film is about a nerdy character like myself, and he goes insane. We have a tendency to shut the world out, and it’s almost like a cautionary tale of what you should not do.

Thank you so much, it was an honor and awesome talking to you Johannes.