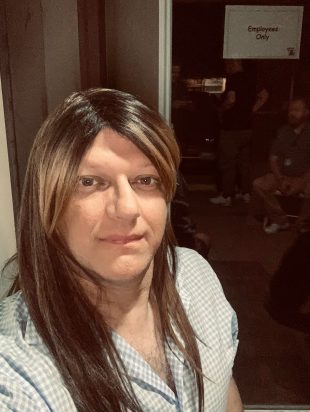 Long haired wig Warren Dean Fulton in character as Jude
(Backstory I created for my character JUDE; mid 40’s stoner, living in a small apartment with his cat, a horror fan from pre-teen days. Jude had maxed out his credit card to get the VIP camp of terror Camp Echo Lake experience. He has not held down a full time job since being a fry cook at a fast food chain. He won the lottery in his early 20’s and has nothing left to show for it, as he spent most of a party lifestyle. “You Only Live Once” being his motto. A loveable doofus.) 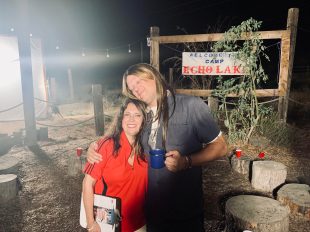 Warren actually stayed at the campsite for the duration of filming. When film crew around he was in character. Early in the mornings he would swim at the camp pool and write haiku poems for the little lizards, squirrels and birds he saw.

I am a Canadian. From British Columbia Canada. I work in Hollywood North (Vancouver Canada) as a locations professional and am a full member in the Directors Guild of Canada. – Warren Dean Fulton 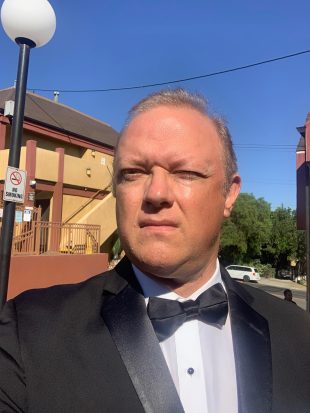