I was stoked for this festival for a while. I was able to interview the founder Justin Harlan and the amazingly awesome Madeline Koestner. Once I interviewed Justin, I had found out more information. I wasn’t quite sure what to expect after finding out that the film festival would be held at the legendary Rolling Rocks Roller Rink. I did not doubt Justin, Madeline or their team one bit but my curiosity and my writer imagination went to an all-time high. I wandered, how would this work? Why? Is it possible? Then I arrived, I was greeted by the most awesome people. It was possible, and it was AWESOME. It was great to meet Justin, his awesome wife, and Madeline in person.

I also met a bunch of super cool film fans, the event staff is awesome, the owners of the Rolling Rocks Roller Rink are so cool.

The “Kickstart Our Heart” Kickoff Block of Short films started with Skate or Die – Directed by Jason Zink 2022. Death Metal which was wild, brutal, and overall AWESOMENESS, directed by Chris McInroy, it’s noted as Justin Harlan’s favorite short of all-time.

All You Can Eat – Directed by Kieran Reed, Crowhand, directed by Brian Lonana. That one was way gnarly. 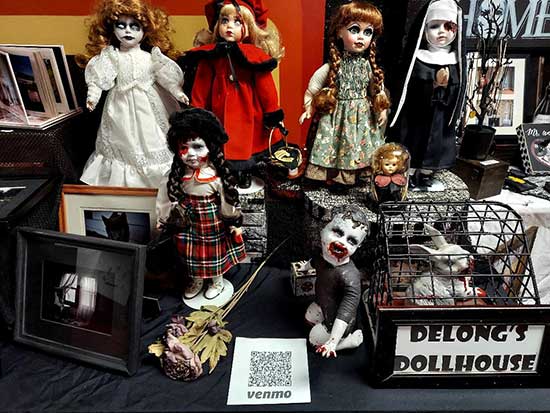 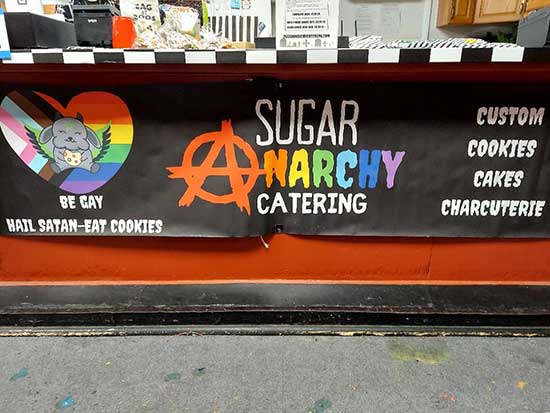 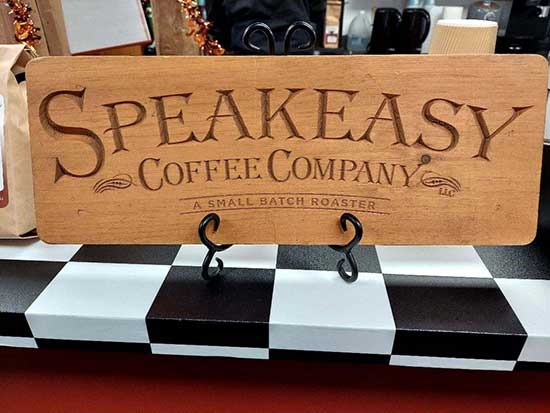 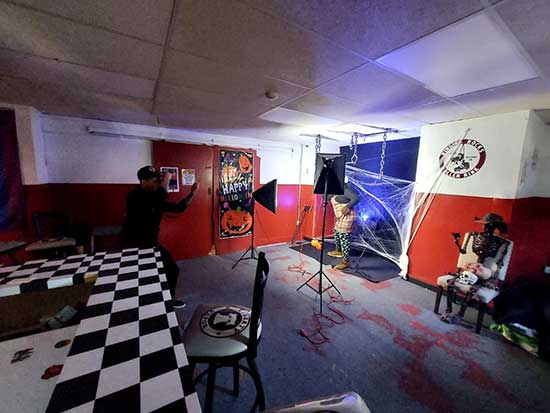 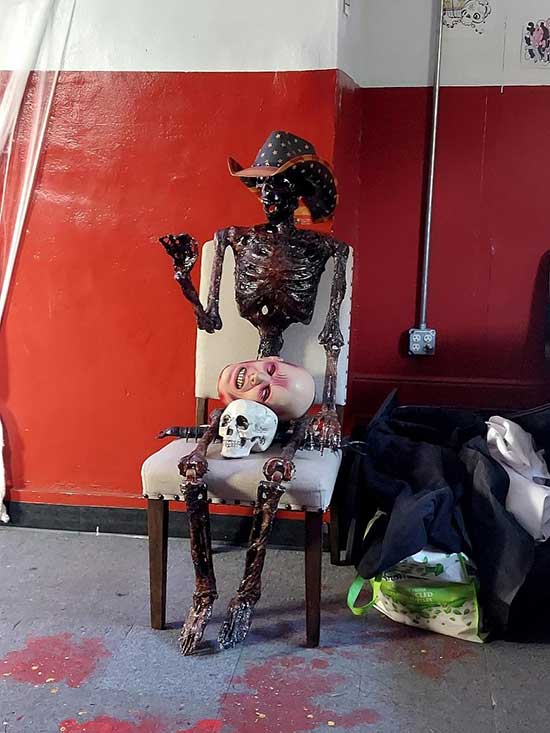 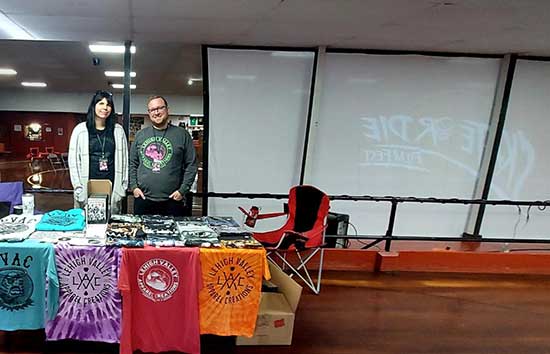 In between the short film blocks, they had Josh Alvarez play, he is a solo act and just AMAZING. The talent is unparalleled. Josh told stories about each song he sang. My heart (or what’s left of it) was melting.   https://joshalvarez.bandcamp.com/

Then before the next set of short films, Mulberry Hill performed, they are a local band who “grew up skating here”. They kicked ass. The bass, the drums, the sound, the guitar. It was a wild, fascinating monstrosity of a mix. I loved it. An alternative band with a kick, and all these incredible ethereal sounds, just laying into the bass and drums with some bad ass guitar solos. The songs sounded incredible.

The next block of short films was called, “Let’s Go Nuts” and they DID NOT DISAPPOINT.

Fall Boy by David Gentry was creepy and almost insidious with its nature. I would LOVE to see this a feature.

Every Time We Meet for Ice Cream Your Whole Fucking Face Explodes. Again, this was one of my favorites. It’s a horror/body horror kind of. But, it’s a love story. You fall so in love, that YOUR face explodes, that’s what love should be. COME ON! IT was directed by Anthony Cousins, again a FEATURE would be amazing.

The Food Vendors for Friday were TK’s Obsession Concession. They were incredible. 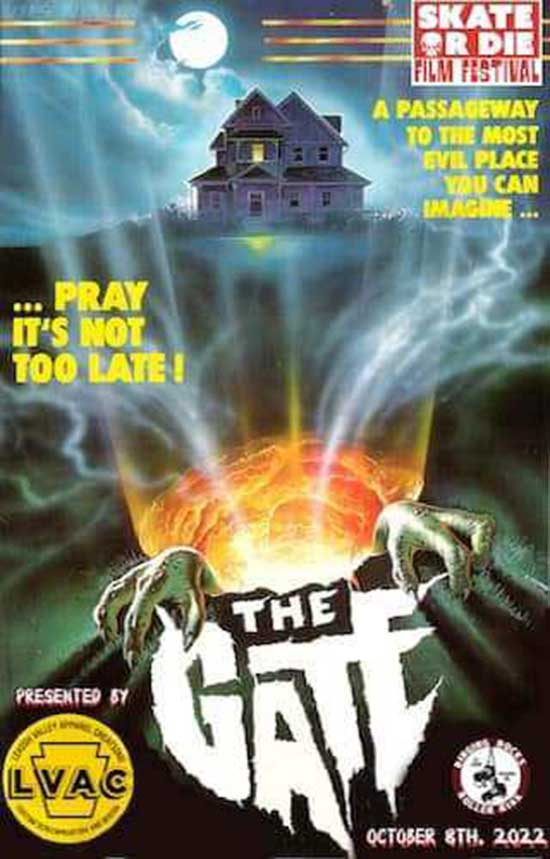 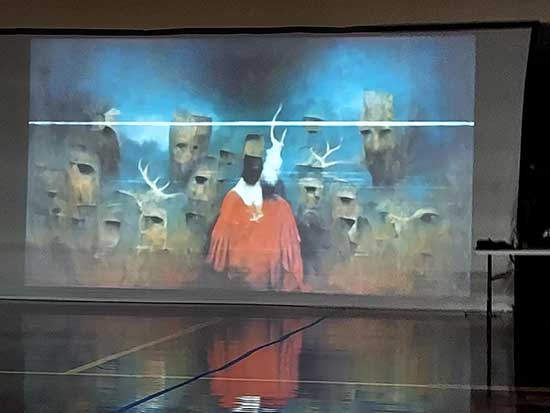 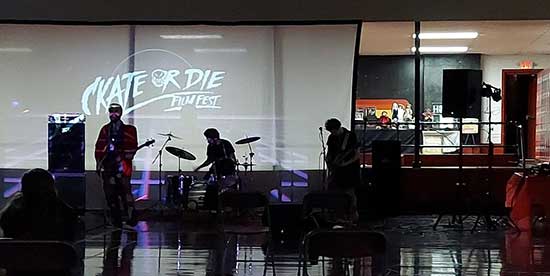 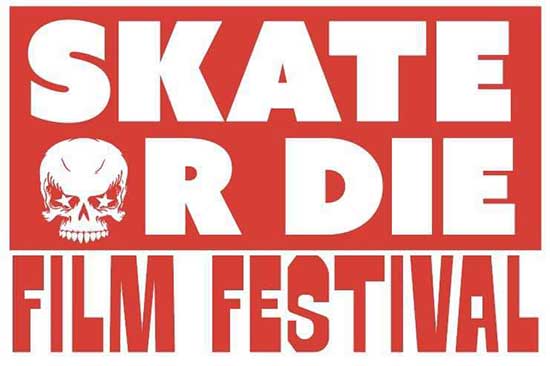 Then, the secret screening, “Shhhhh”, it was a secret, Parole Violators… ONE man doing his Chuck Norris moves, kicking ass, taking names first, of course. Saving lives, tying criminals up. It was just the right movie, to end a perfect night. It was a perfect night one of an incredible festival. The staff, the crew, Justin, Madeline, Josh Alverez, Mulberry Hill. It was great.

Sugar Anarchy Catering was there with some amazing cookies, horror characters of course, I picked up a GHOSTFACE cookie complete with a phone. They had amazing drinks including, the Island of the Dead drink, they had vendors, food, and more.

Saturday was busier as there will be more vendors, more movies, a Totally Awesome 80’s Halloween Skate and Stranger Things Costume Contest. Lehigh Valley Apparel Creations Presents THE GATE. Yes, they are screening this iconic film.

Saturday started beautiful. What an amazing film festival. It was held in an iconic skating rink, the team running it was beyond INCREDIBLE. Justin and Madeline truly brought everything under the sun, moon, and planets to this festival. The owner of the skating rink absolutely out all the heart and soul into this rink. They are having a Halloween event so make sure to check that out.Saturday had three special features, and the short films were beautiful. Some of the filmmakers were in attendance and it was so great to watch these awesome films with them and such an awesome group of people. I ran into familiar friends, made new friends as usual, and found myself chatting with everyone. Saturday started with a family friendly film, THE GATE. It’s one of Justin’s favorite films and it seemed to go over well with everyone at the film festival. A few people admitted this was their first time watching THE GATE, and they were digging the movie.

It was packed, a full house of film lovers, fans, horror fans, movie fans, roller-skating fans, foodies, and more. The amazingly talented photographer Jason Overdorf was in attendance with his “Boo Booth” taking photos www.facebook.com/blackcherryphoto – Jason brought the infamous Larry the skeleton along and several props. He had a great set-up going to take fun pictures.

The COMIC BOOK GURUS PODCAST attended at 4:00PM. They did a great job. 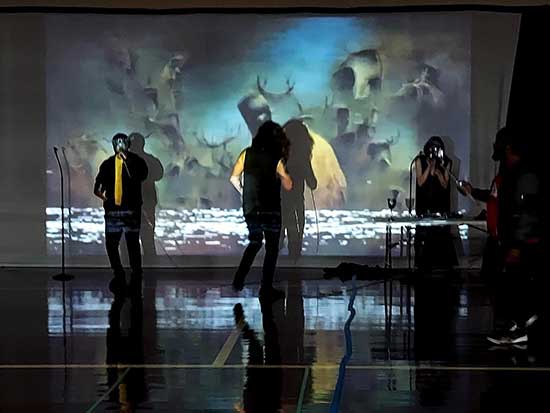 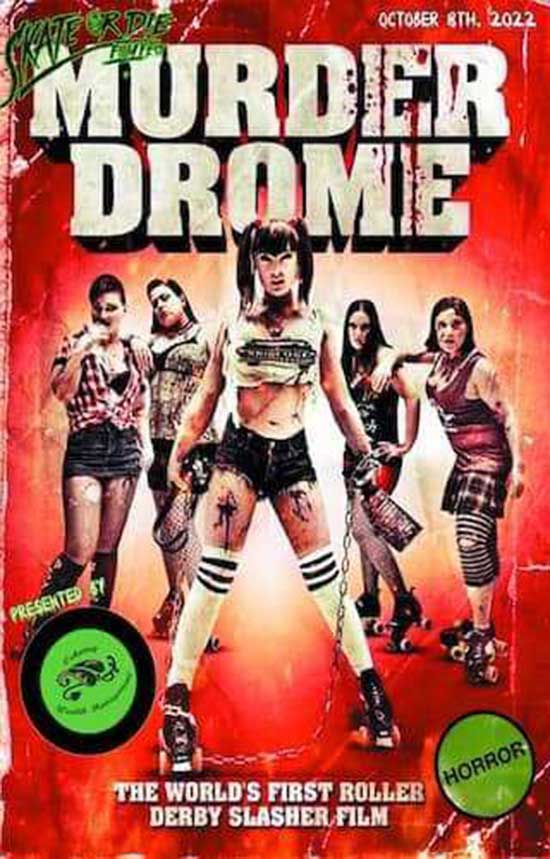 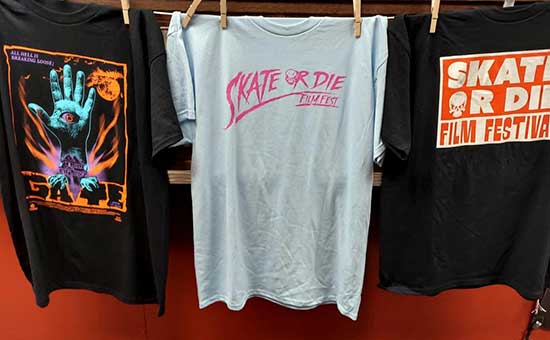 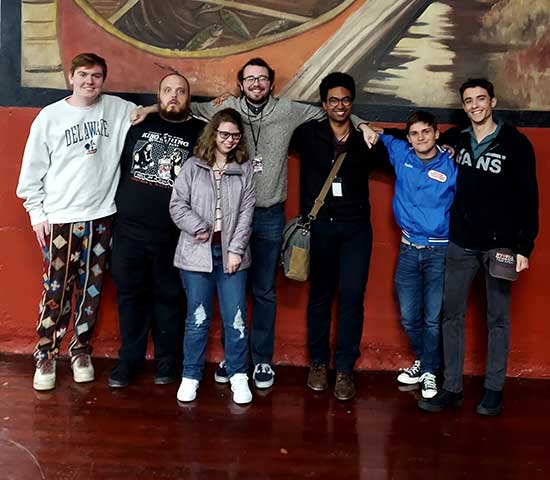 The POTTSTOWN AND BEYOND: LOCAL FILM SHOWCASE started at around 6:00pm. They picked such an awesome mishmash of just brilliant, funny, spooky, spine-tingling films.

The first block of short films will include:

Some of the filmmakers were there and it was great to talk to them, and they participated in a Q&A hosted by Madeline.

At 8:00 PM OCHOTNY WEALTH MANAGEMENT PRESENTS… MUDERDROME (Attendees Under 18 must leave for this one.) MURDERDROME was a fun movie. It was one of those movies that reminded you of a wild eighties movie that somehow wound up in the 2000’s.

Overall, this entire festival was family friendly. People started preparing for the mature audience films that included MURDERDROME and the elusive film, The Profane Exhibit (2013 & 2022). The Profane Exhibit is a “2013 International anthology horror film written and directed by various filmmakers specialized in genre.” The initial release for the film was supposed to be in 2013.

The cast ranged from Christine Ahanotu, Stephanie Bertoni, Clint Howard, Rob Doak, Didac Alcaraz, Tina Krause, Eihi Shiina, Caroline Williams, and more. I don’t like to fully ever question art because as it goes, we should be uncomfortable some times. The Profane Exhibit spoke loudly about what people do or what “human beings” are capable of. You live in this nice neighborhood, and your neighbor is eating people.

I will say “Manna”, “The Hell Chef”, “Basement”, and “Goodwife” struck some nerves, hit some cords, made me question a lot of things in life. It was this wildly ethereal film with this dreamlike affect. It was as if Salvador Dali said to H.P. Lovecraft, hey, I’m going to make this magical painting while you write something from beyond this galaxy, tell Edgar Allen Poe about it, let Alfred Hitchcock know that Eli Roth and Danny Steinmann entered the chat, and at the end you either need a Tylenol or to go outside and get some air.

The Profane Exhibit received a rousing round of applause, and Justin announced Wormtooth and DJ Code Freeze would be performing for the afterparty. It was fun to wind down and just talk with everyone. This festival took me back to my childhood. It was being with friends, watching scary, spooky, fun movies, laughing, and then watching the movies in a roller-skating rink. That made it a thousand times better. The people who worked hard and put the blood, sweat, and tears into this festival. They worked hard, and it showed all the way from start to finish.

I hope they do this again, year after year. Justin and his family did an amazing job, and Madeline just rocked. They both did so good. Thank you for inviting for me for Horrornews.net.

Everyone, please make sure to check out the Skate or Die Film Festival and The Official Ringing Rocks Roller Rink.

Saturday, the SKATE OR DIE AFTER DARK presents: THE PROFRANE EXHIBIT at 10:00PM.

The food vendors for Saturday will be:

The vendors will be:

At 12:00 AM The hares Hill Brewing Afterparty with special guest DJ CODEFREEZE

Make sure to check out these amazing people.

Photos: By me and Skate or Die Film Festival

Jason Overdorf Behind the Scenes shooting at his “Boo Booth”

The Local and Beyond Filmmakers