TheMovieAgency.com and TMA Releasing present Frantic, playing in Glendale L.A. at the Laemmle Theatre from Oct 14 to Oct 20th 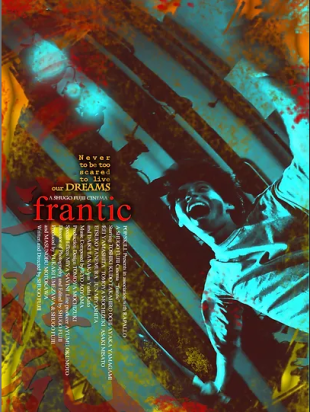 In a Japanese theatre, an audience of two hundred people watch a play. It quickly becomes clear that events onstage are going off-script, building to the players locking the doors and trapping everyone inside. The story then flashes back six months to follow two of the actors: Sho, who continually gets humiliated at auditions, and Tatsu, harassed by his father and working in a convenience store. Sho and Tatsu decide to follow their dreams by putting on their own play. Using criminal schemes to raise money, and soon in trouble with the local Yakuza, the play is their last chance to turn their lives around.

“The stage part of the film is based on a true story; the incident happened 20 years ago. A group of actors on stage took the audience hostage. They punched and kicked their friends, yelled at the audience, and put on a crazy show. As a result, even the police came to the scene and it became a big deal. The reason he did it was to surprise the invited show-business people with a shocking performance and show them what he can do. I know the culprit well because it was me.” – Director, Shugo Fujii

Filmmakers can submit their feature film for representation & distribution through www.themovieagency.com/submit-your-film