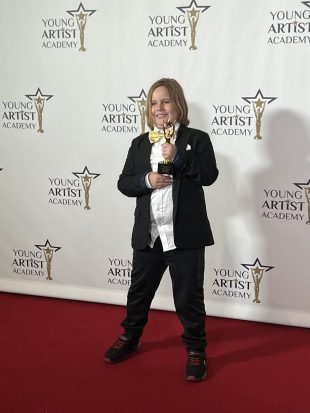 The Youth Artist Academy Awards (hyperlink – youngartistacademy.org/) are often referred to as the “Youth Oscars” and they honor the best and brightest upcoming stars in Hollywood. Previous winners of the awards include Julia Roberts, Drake, Zendaya, Regina King and Leonardo DiCaprio.

Overacker won Best Actor in a Streaming Film for his role as Theo in the 2021 movie Bottle Monster. His award was presented by beloved child actress, Elisa Donovan (Clueless), and Skyler Bible (Star Wars: The Book of Boba Fett). Overacker was also a contender for best supporting actor for the 74th Primetime Emmy Awards. 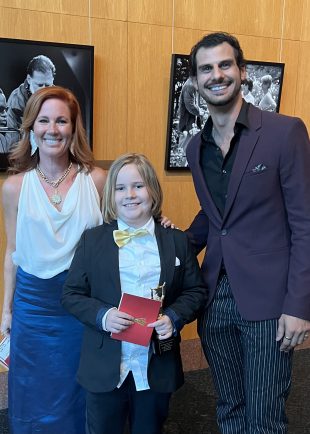 “Being a part of the Youth Artist Academy and winning this award means so much to me as an actor. I’m truly honored,” he told TimesLIVE after the ceremony.
Overacker will be in the upcoming short film, Goldenrod (hyperlink – www.imdb.com/title/tt13007074/), premiering October 9, 2022, at the Buffalo International Film Festival. Overacker has also been cast in the upcoming horror heist, Immortal Thieves – The Bloody Heist. 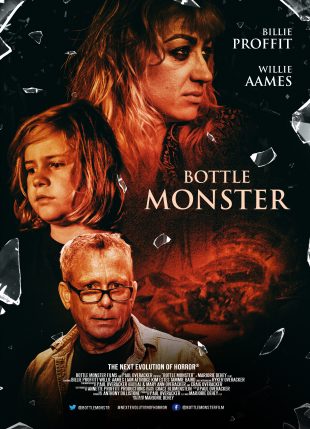 Bottle Monster (hyperlink – www.vudu.com/content/movies/details/Bottle-Monster/1846760), along with its director, Marjorie DeHey, is being featured in VUDU’s Talent Spotlight for Women Horror Directors throughout the month of October. Bottle Monster has garnered over 30 film festival wins and was recently a contender for Best TV Movie for the 74th Primetime Emmy Awards. Both lead producers, Paul Overacker p.g.a. and Marjorie DeHey p.g.a. earned the coveted “Produced By Mark” (p.g.a.) from the Producers Guild of America in recognition of their roles in the production of the Bottle Monster. The producing team also has a slate of films in various phases of production.

Director DeHey is also a featured author in the just released women writers horror anthology, “A Scream in the Night 2” which was recently listed as one of the Top Ten Horror Books for Halloween 2022 –