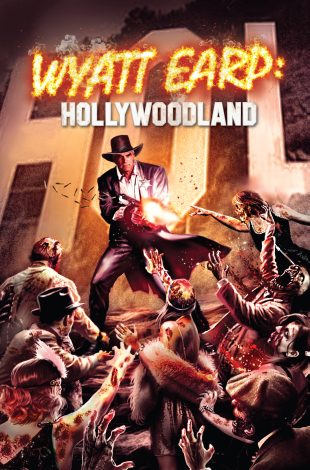 On the eve of a new decade, at the height of the Roaring Twenties and Prohibition, a failing movie studio’s actors begin to die under unnatural circumstances. To find out why, a desperate movie producer engages an even more desperate legend, whose own past is haunted. Wyatt Earp, the aging legend from the Gunfight at the O.K. Corral is in Hollywood, desperate to sell his story. As each day passes, he finds himself facing the deadliest gunslingers from the Old West who should be long dead. But they are back, are just as deadly, and even harder to kill. Because they have all become zombies and have a taste for a lawman who has fallen from grace. Wyatt Earp will have a week to find out why the zombies are now hunting him. But he may not like what he finds. If he is going to survive the zombies, he will first have to bury all of his ghosts…

Multiple Award-Winning Studio Mythographer’s Workshop’s latest graphic novel explores the nature of the truth in history, and media, and myth. Of the mythmakers and their agendas. And the consequences of facing the truth when you have been running from it for so long.

One of the most original rewards offered in recent memory, backers will receive a Giant Life Size (28 x 40) Movie Poster personalized with their name! Be the Producer, the Director or a star of the film- even Wyatt Earp himself! Forget about a “Thank You” in the back of some book on a shelf. Backers on this Kickstarter will be able to show the whole world their support. Get it for yourself or as a personalized holiday gift for that special someone in your life who loves horror!

Creator Brian Donnelly is the recipient of the National Independent Publisher’s Book Award in 2017, winning a Bronze Medal behind pop culture legends William Shatner and Stan Lee. His work has appeared in the New York Times Bestselling zombie anthology FUBAR: All Star Gold. Brian is a brain tumor survivor, a former U.S. Marine and retired this year as a Lieutenant Colonel after 28 years of service. 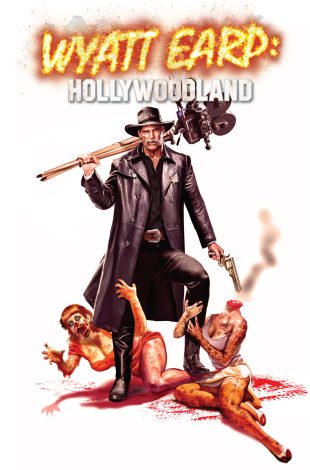