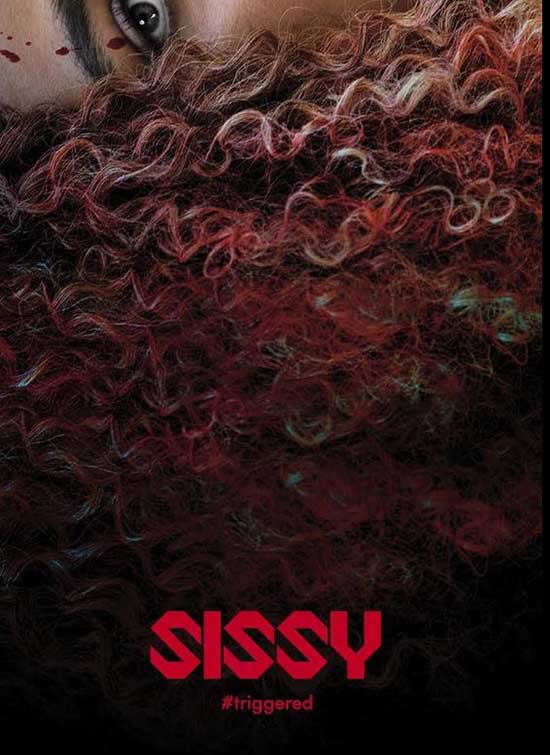 SISSY stars Aisha Dee and Barlow as Cecilia and Emma, who had been tween-age BFFs who were never going to let anything come between them — until Alex (Emily De Margheriti) arrived on the scene. Twelve years later, Cecilia is a successful social media influencer living the dream of an independent, modern millennial woman, until she runs into Emma for the first time in over a decade. After reconnecting, Emmy invites Cecilia on her bachelorette weekend at a remote cabin in the mountains, where Alex proceeds to make Cecilia’s weekend a living hell. Sissy is written and directed by Hannah Barlow and Kane Senes. Official Selection, SXSW 2022 (A Shudder Original)

Sissy was directed and written by Hannah Barlow and Kane Senes. Aisha Dee portrays Cecilia/Sissy. She is trying her best to find her zen, her peace, she’s practicing meditation, and possibly making a YouTube video with a sponsor? 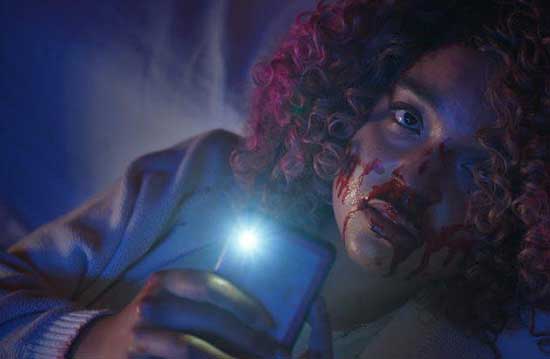 Yup, she is celebrating her channel, and she has a discount code to share. It’s so strange, the world we live in, we take credit and validation from people we have never met in real life. People watching videos, people on social media. Cecilia goes back to her regularly scheduled program of chilling out, eating snacks and watching the news. The news… UGH! She can barely concentrate because she’s so focused on the “likes”, “loves” and emojis she’s getting on social media. Her period shows up, the boxes are funny. 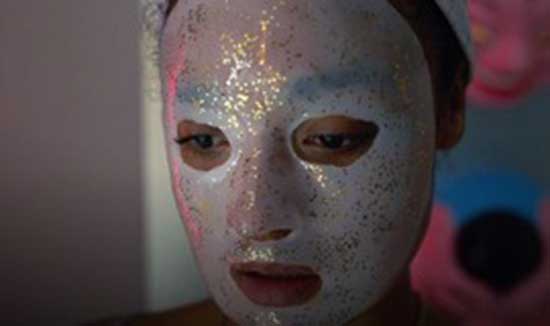 She winds up running into Emma (Hannah Barlow), her friend from childhood. Hannah is pregnant, and engaged while Cecilia is making YouTube videos. I know this feeling. It’s overwhelming and sad. Cecilia is an influencer… An Influencer, where would the world be without them?

I appreciate YouTube, the feedback, the stories, I discovered The Asher House because of YouTube, what an amazing human. Cecilia goes on a trip with friends. The amount stresses a human being can take is beyond fathomable. Cecilia’s arch nemesis or the main bully of the group, Alex (Emily De Margheriti) is seething because Cecilia came along on this trip. 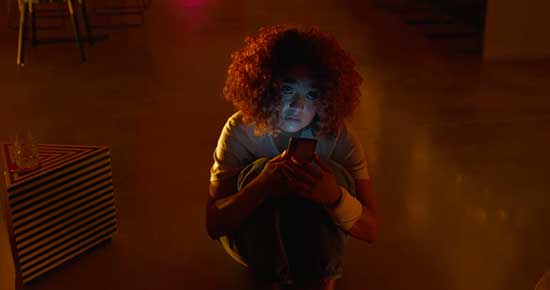 It’s wild how cruel kids can be, to tease, torment, say horrible things to one another till the point of someone wanting to commit suicide. Aisha Dee does an amazing job playing Cecilia, she shows the ups, the downs, torment, all of it. It’s so sad that bullying has to exist, Cecilia’s eyes light up with euphoria when she gets that quick social media buzz.

The torment from her childhood disappears for a while but it’s only momentarily. She isn’t healing at all. She is just replacing one form of torment with another. Now, she got herself in some deep shit. The kind of shit you need super high boots to deal with. Cecilia’s friends, Tracey (Yerin Ha), Jamie (Daniel Monks), and Fran (Lucy Barrett) all try and go about the life the same way Cecilia is.

Hannah Barlow and Kane Senes did a good job with the story. Art isn’t supposed to be fluffy and comforting or comfortable. It should make you question everything, and Sissy does that. Cecilia went on this wrong way raging path, and there is no going back. 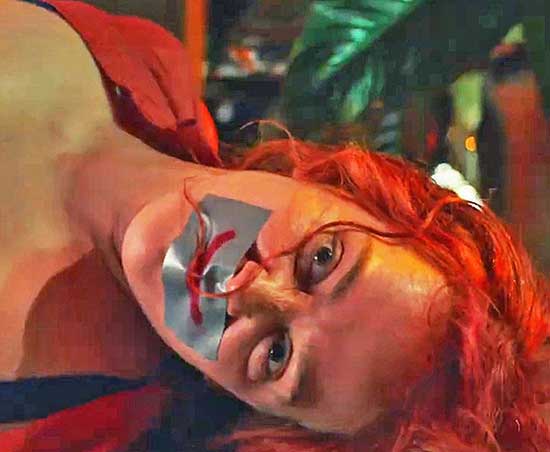 Life can be horrible and stressful as is, and for kids to be so mean to one another. You have to hope they grow up, and they can be better. Sissy shows that healing is important. It’s important to not be a horrible human. They went all-in with the special effects, and the location.

Some of it’s bloody and brutal but not in an extreme way. Cecilia is holding on to that one connection with Emma (Hannah Barlow) but she doesn’t seem to see how out-of-hand things have got. People search for things. They search for signs, for peace, for happiness. There is a lot that comes through to us but some things may be more difficult to obtain.

Make sure to check out Sissy. I would recommend watching the film.