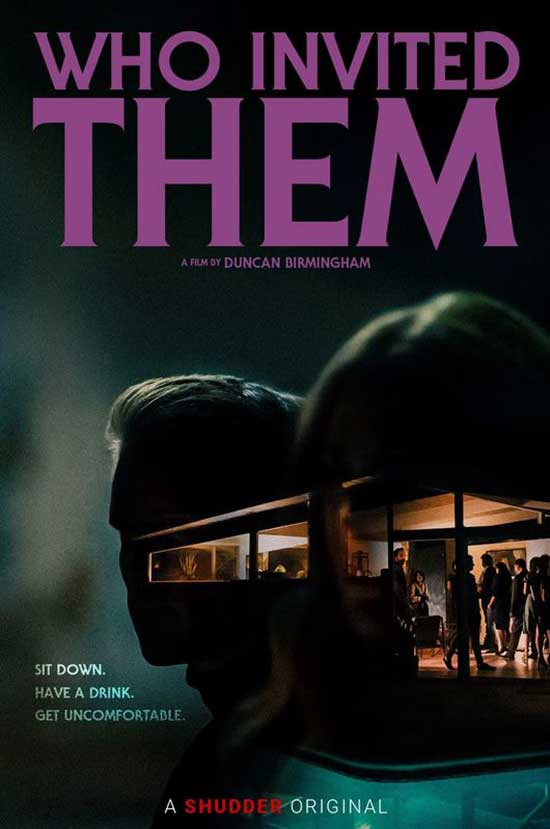 Adam and Margo’s housewarming party goes well enough except for this mysterious couple, Tom and Sasha, lingering after the other guests have left. The couple reveals themselves to be their wealthy and successful neighbors, but as one nightcap leads to another, Adam and Margo start to suspect their new friends are duplicitous strangers with a dark secret. Written and directed by Duncan Birmingham, and starring Ryan Hansen (Veroncia Mars), Melissa Tang (The Kominsky Method), Timothy Granaderos (13 Reasons Why), and Perry Mattfeld (In the Dark). (A Shudder Original)

Directed and written by Duncan Birmingham, Who Invited Them (2022). Adam (Ryan Hansen) and Margo (Melissa Tang) moved into a new home. Adam and Margo are having a party. We meet more of the friends including Teeny (Tipper Newton) and Frank (Barry Rothbart)

Oh MY GOSH, it’s Perry Mattfeld playing Sasha. Perry is awesome on In the Dark where she plays Murphy Mason. The neighbors, Tom (Timothy Granaderos) and Sasha (Perry Mattfeld) show up and well, they just want to hang out, have a nightcap. Adam wants to know, “who invited them?”

It could happen, I mean you’re having a party and just some random folks show up. Tom and Sasha were not invited but they go on to tell Adam and Margo that they are neighbors and couldn’t get out of their driveway so… they just stayed and hung out. Margo is trying to get them out, and Adam is all for the shenanigans. Teeny and Frank leave the party and wind up hitting something while driving home. 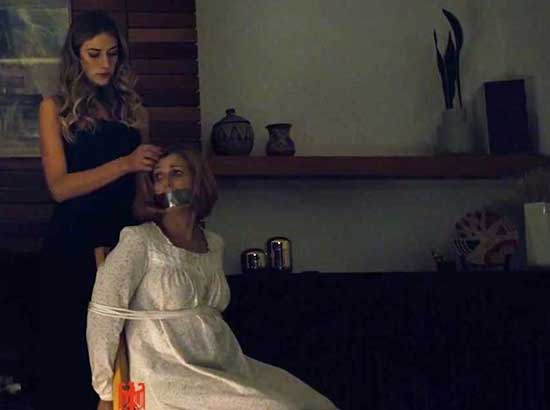 Neighbor movies are fascinating, it’s also different to see what kind of neighbors you get in different movies. Adam is telling Tom all about the house, and how he got the house. He’s just sharing and sharing; he’s giving the secrets away. Margo is reliving a form of happiness. Sometimes people lost themselves when they get married or find a relationship.

They either let go of a dream or they let go of some small part of themselves. It’s so cool to see this cast playing different roles from what they normally portray. Sasha has Margo doing all kinds of shit. It’s sort of therapeutic in a strange, weird way. 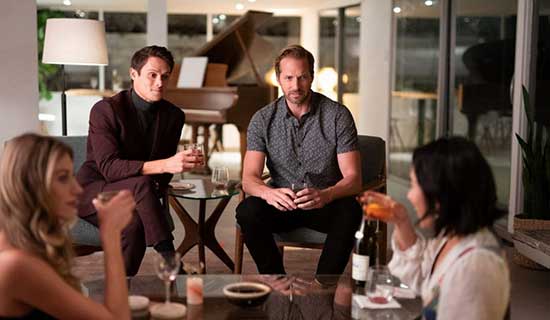 These neighbors might as well be psychopaths. They may not even be neighbors. Adam’s worried about seeming lame, and boring. He should be worried about the couple that just will not leave. They want to go bed, and Tom and Sasha continue to play therapy games.

Tom is all about being a ballbuster with bad intentions. He brings up things, and just goes with it. It’s wild and pathological. Who Invited Them? Is one hell of a movie, it’s creepy, psychological and with these two pathological people. I’m not sure why Teeny is driving around again. Uh-oh… 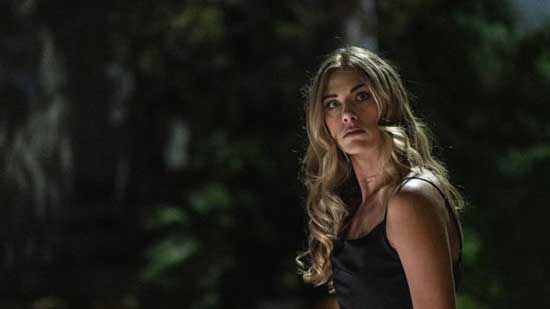 If they want to know who the neighbors are, I would walk my ass next door and find out. So, they go and forth, this is a mind-f*ck of a movie. I have an idea, and what I think but it’s great to see that Duncan Birmingham did such a great job with the writing, and creating this film.

I would also follow those Sasha and Tom home, but what do I know? I would recommend watching Who Invited Them?. UH-OH, it just gets worse, there is no trusting at all in this movie.

Make sure to check out WHO INVITED THEM?