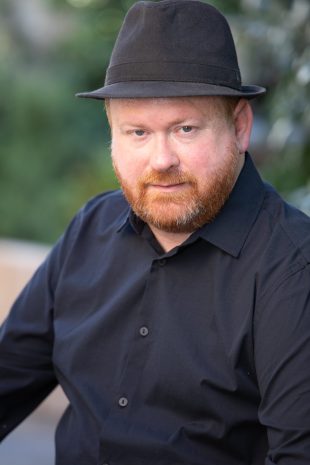 What made you want to get involved in acting?
I blame Kermit the Frog. The Muppet Show perfectly portrayed the anarchy of backstage life, the hustle and bustle of behind the scenes. I wanted to be Kermit when I grew up, to run my own theater troupe and step out into the stage lights and perform and be silly. I guess this was more ingrained than I realized, as I founded an online virtual sketch comedy group, The Revival League (later renamed the The Damn Dirty Drive-In). We wrote, performed and produced original podcast “radio plays.” People from all around the world performed and sent us their audio files, and we would edit them into a master performance like we were all in the room together. The Damn Dirty Drive-In morphed into a circle of about thirty friends that still act and perform together in movies, every chance we get.

Who inspires your creativity?
Five creative leaders really shaped me: Jim Henson, Walt Disney, P.T. Barnum, Joel Hodgson, and Ed Wood. The common trait among them was they had an unusual, frequently-overlooked talent for “collecting” people. They would pull people from all aspects of their lives and form them into a cohesive, creative team. I actively study this and emulate it. Each of these artists broke ground with this skill of people collecting. P.T. Barnum invented modern celebrity and public relations. Disney figured out how to innovate or co-opt new techniques with animation, television, theme parks, animatronics, and on and on. Henson brought a form of counterculture hippie sensibilities to puppetry. Joel Hodgson perfected a new form of comedy, scripted heckling and commentary over a movie, or “riffing.” Woods broke new ground in his own lurid way with gender and trans issues that are very much front and center today. And they all were in their hearts relentless, sunny optimists. Ted Lasso has nothing on these guys. 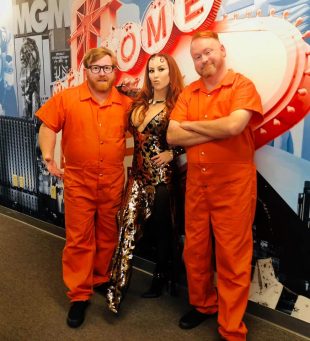 Tell us your biggest obstacle while working in the film industry?
It may sound a little woo-woo. But the only real obstacles in the industry are yourself, time, money, and health. The dirty little secret about all those gate keepers guarding those doors, is the doors are standing ridiculously in empty fields, no walls, attached to nothing. Just figure out a way to walk around those gates, and bypass those gatekeepers.. They’re usually self-appointed, anyway. There’s no one way, or one path, to making entertainment. Trust your own judgement, and be as kind as possible along the way. Really, that’s it.

What has been your most challenging role?
I think “Devil’s Knight.” I played Monsignor Mustela, the evil chamberlain to the king. But not because the role by itself was challenging. (It was). But because on top of being the Big Bad, I was also an executive producer and line producer on the movie, managing about a third of the lodging logistics of the cast, and smoothing over problems big and small. There were a lot of hats to wear; and we did it in East Texas in June in triple digit weather in 90 percent humidity in full Medieval costumes. I lost fifteen pounds just sweating.

What has been your most memorable moment in film?
Most memorable moment: I think transforming into Midnight the Goth Guy in “Bermuda Island.” Normally I love to be villains and creeps and schmucks and downright bastards, comedic or otherwise. It’s a little old school, but the actors I study the most are Dabney Coleman and Gene Hackman. So fun, so despicable. And we just love to hate them! But Midnight, he was kind, and a joy to play.

I pitched it to the producers as, “Imagine Robert Smith of The Cure stranded on a desert island. What would that look like?” And the role just grew from there. I’ve held pictures of myself as Midnight up to my face and shown close relatives, and they didn’t recognize me. Midnight is fussy, a little bit theatrical and affected, and loves shock value. And occasionally his shock statements backfire and come off as micro aggressions. But it was important to me to show Midnight’s basic decency and humanity as well. He is a peacemaker, a diplomat, and a deeply empathetic dude. 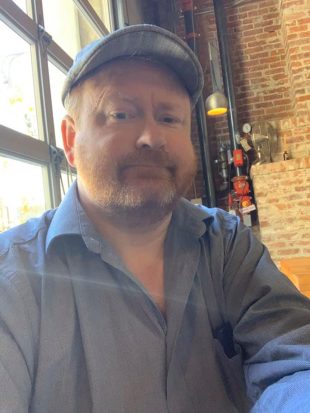 What attracts you to the horror genre?
Ironically, horror movies scare and disturb me too much. They stick around in my head for days, and I have to sleep with a light on and one eye open for the ghouls and goblins. That being said, I love being in horror movies. It’s like the difference between planning the haunted house as a kid, and actually having to go through it as a customer. I’d rather be the kid peeling the grapes for the bowl of eyeballs than be the poor guy who has to shove his hand in them in the dark.

What is your favorite decade for horror?
In the 1980s, I grew up watching 1950s B Movies on the UHF channels in Houston, Texas. (Thank you Channel 26!) This morphed into being a fanboy of “Mystery Science Theater 3000” in the ’90s, and eventually an executive producer and sponsor of the show itself in 2015. So anything with rubber monsters, flying saucers on strings, giant ants, and aliens and robots and death rays, sign me up! I’m sorry the old Fry’s Electronics in Burbank shuttered during the pandemic. They had all this as B Movie horror decor on the store walls. There was a giant squid monster bursting through one of the walls. A squid monster, for Pete’s sakes!

What role are you destined to play?
I think playing a sea captain or pirate would be fun. People keep describing me as a real “salty dick.” Hmm… at least I think that’s what they’re calling me. Kidding aside, I hope I get to play Midnight again. He was such a fun character, and I would happily play him to the end of my days.

What’s the best piece of advice you were ever given?
As a father at a baby shower, I was once told, “Don’t get any on you.” This is impossible with an infant. But still, I appreciate the sentiment. As a businessman and in life, I coined my own advice: “The best thing you can do is give someone a chance. The worst thing you can do is also give someone a chance. But in general, keep giving people chances.” (Folks, lawyer that out and qualify it, as needed). I tell people receiving feedback as artists and in life in general, “Take what is of value to you, and leave the rest.” But the best industry advice I ever got was from Director David Giancola, who made the classic sci-fi movie,” Time Chasers: ” He said: “Develop your rhino hide. There will be people coming to shoot arrows at you constantly. If you can learn to let that bounce off you, your chances of making it are that much greater.” Wonderful advice for perseverance.

What’s next for Greg Tally?
If I’m doing the math right, I have somewhere between six and ten movies debuting in the next 12 calendar months. It’s been a long, slow buildup of back catalog since 2019. But stuff is finally hitting the festivals and being released in theaters, Blu-ray and streaming. In the middle of all that hoopla, I’ll still be acting and directing. There’s some cool new projects in development. I can’t say much, but I’m geeking out on them. But I’m headed to London with a team to film a little B roll in January. ‘Nuff said. 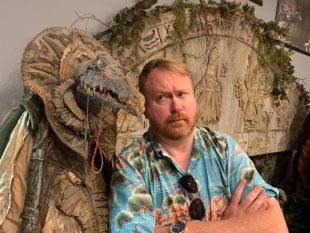