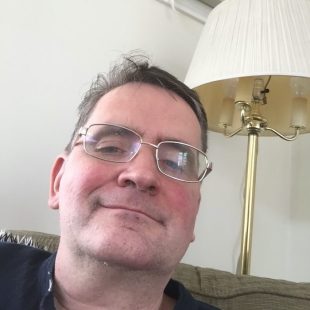 Why did you start Ghosts of the Past?

I believe with all my heart, history is a
great teacher. We can learn from these
spirits if they could only talk to us? The
spirits of the past are telling (or warning)
us of something. They’re communicating
with us and we must listen. I started
selling travel to perhaps get others to
open their minds and hearts to that
possibility; to introduce the past as a
teacher so we may understand the
present and rededicate ourselves to the
future. 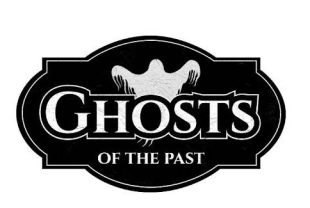 How many tours have you’ve done?

In addition to being affiliated with the
host travel agency, TravelQuest I am also
studying at TripSchool— a venue that
teaches tour guiding. I am hoping that
soon I can say I have my first client. 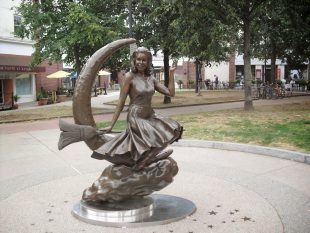 Have you ever personally had a
paranormal experience?

A few weeks after my father passed I
dreamed that he visited us. I just
finished reading about these ‘Visitation
Dreams’ in Haunted Magazine (my
favorite publication). Very interesting
subject! 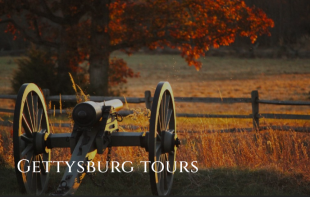 Why do you specifically focus on three
areas—

I have always been
fascinated on why the witch hysteria in
this tiny community happened. What
set off family against family, neighbors
vs neighbors, friends accusing friends,
etc. The lingering question here is could
something of this nature ever happen
again?

this city is known as the
Belle of the South. General Grant gave
this town to President Abraham Lincoln
as a Christmas present in 1864 rather
than burning it during his March to the
Sea. The city lays claim to be one of the
most haunted in North America. From
its founding through today Savannah, GA
is filled with ghosts that fascinates us
with stories of the past.

this town saw one of the bloodiest
battles on American soil. For three days
in 1863 and during the aftermath of the
fight, this community had to endure the
fact of war. If there is any place in
America that should contain restless
spirits of the past, it is Gettysburg.
(Attached is a YouTube video of my
favorite story) Gettysburg Ghost Story)
How do your tours differ from others?
I really love good quotes.. In fact, it is
my opinion that there are no great
words being spoken today to
remember. In this age “ where words
are so numerous that they are often
render meaningless,”* a well framed
mussing is priceless. I will try to include
at least a few famous quotes
throughout.
*E.A. Walsh

Do you have a favorite historical figure
from your tours?

As a student of history I have a number
of historical figures I admire. In regards
to three tours I will offer the two
personalities I have found to be
fascinating are that of Bridget Bishop
and Dorothy Good. Both are affiliated
with the 1962 Salem Witch Hysteria. Ms
Good, just 4 years old and accused of
witchcraft. After being kept in a filthy
dungeon, shackled to a wall and kept
from her mother she suffered mental
anguish the rest of her life.

Bridget Bishop was an outspoken,
outcast within the community. She
spoke her mind, dressed flamboyantly
and ran two public houses. Destined to
hang, she became the first witch
executed on June 10, 1692 in what
became known as the Salem Witch
Hysteria. 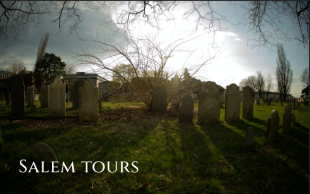 What is the scariest place you have
visited?

I love Salem and think it has to do with
the said witchcraft trial. I mean all that
innocent blood being spilt, all those
scapegoat. The feeling one gets when
there is no peace (the meaning of the
word, Salem.)

Do you have a memorable tour?

The Boston Tea Party
Ship&Museum-“the best new museum
in New England (Yankee Magazine).
This attraction is not officially part of
the famed Freedom Trail yet, but as a
nice introduction to revolutionary
Boston it should be. Give witness to an
original tea chest, one of only two
which have survived to the
award-winning film, ‘Let It Began Here’
this Boston museum is a must.
Do you have a favorite movie that deals
with the paranormal? The Ghost and
Mrs. Muir (1947 film starring Gene
Tierney and Rex Harrison.) This romantic
fantasy tells the story of a widow from
the present day and the love story
between her and a sea captain from
years ago.

What does the future hold for Thomas
McGovern Jr.?

It is my hope that perhaps
I can develop selling travel into full time.
My mother is 85 and would like to stay
home to care for her. And someday I will
probably retire to Savannah, GA while
living vicariously through travel.