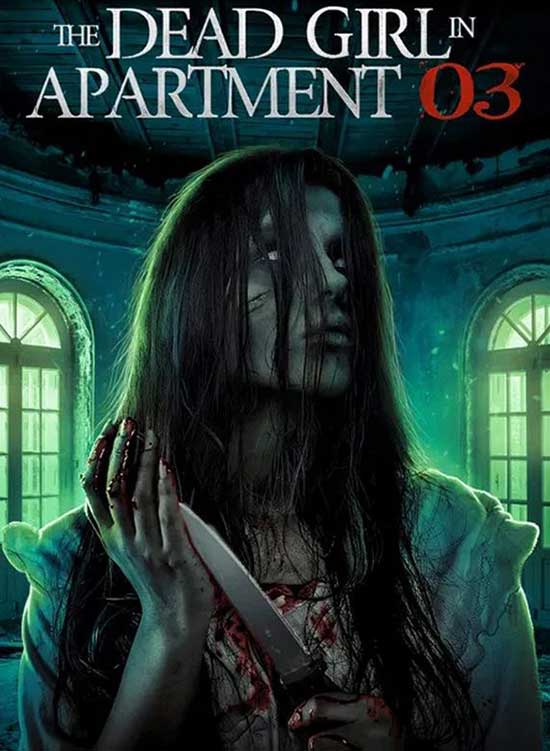 After recently moving to New York City, a young woman is horrified to discover that her roommate has died in their apartment under mysterious circumstances. After her body is taken away by the police, Laura soon feels an unsettling presence in the apartment and paranormal signs that she will soon be the next victim. With the help of a pair of NYC detectives, Laura must uncover the secret behind her roommate’s death before it is too late.

First off, Adrienne King, THAT IS ALL. Written and directed by Kurtis Spieler, The Dead Girl in Apartment 03 opens with a man being interviewed by the police… and we cut to some to some beautiful black and white imagery. Someone painting a pentagram on the floor, a normal Wednesday for some us, huh… I’m kidding… or am I? 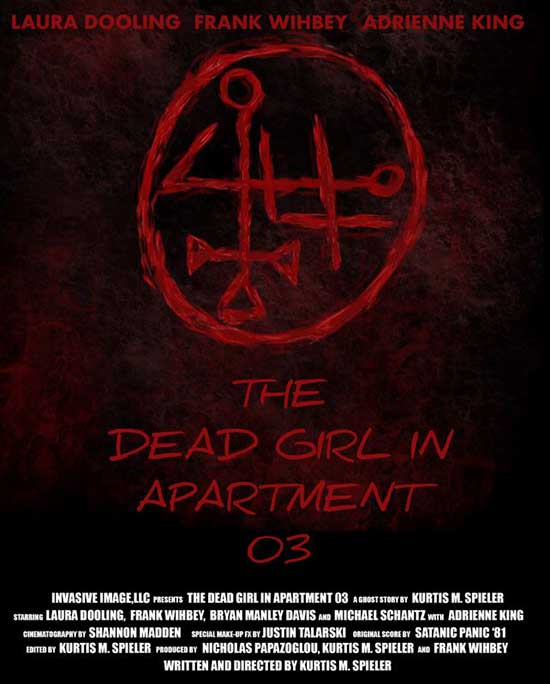 The film stars Adrienne King, Laura Dooling, Frank Wihbey, Bryan Manley Davis, Michael Schantz, and Jasmine Peck. I love the location already. I have a fascination with filming locations. I recently visited Buffalo Bill’s House: The Film Location of The Silence of the Lambs. What a breathtaking home and such a peaceful location. The owner Chris Rowan has some exciting stuff happening. I do highly recommend going to visit.

Okay, I digress, back to the film. We meet Detective Richards portrayed by one of our original bad ass final girls, Adrienne King and Detective Miller portrayed by Frank Wihbey, and Laura portrayed by Laura Dooling. Laura’s roommate was murdered. 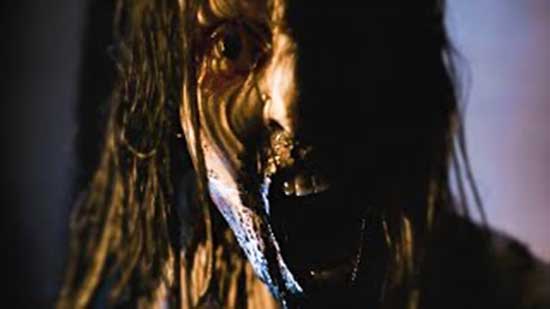 Detective Richards goes all in, and gets as much information as she can on this case. Laura decides to stay at the apartment. I would have left. YUP!!! Movies like this bother me some times because of the way the police treat these situations. Laura is pacing herself for what’s to come. I have an idea already but I don’t to jump to horror movie cliché conclusions. There is so much chaos going on in the world.

We meet Elizabeth’s boyfriend Derrick, portrayed by Michael Schantz. He shows to talk to Laura, acting creepy and lingering around. Was Elizabeth or Laura practicing magic? Laura calls the Detective for some advice while Derrick roams around. Laura is trying to figure out what went wrong. She decides to tell Detective Miller that she’s going to investigate. Uh-oh, Elizabeth has the strange clowns in her room. RUN. 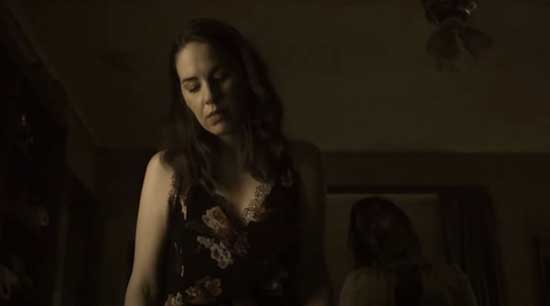 Laura did find some stuff and she is playing detective herself. The pace of the film, the creepiness, the mysterious, and small moments make this a fun movie. Laura Dooling is doing a great job of portraying Laura; did she ask Adrienne for any advice? It makes one wonder. Detective Miller is so calm, cool, and collective. He makes me nervous. I think Detective Miller is going on facts and what he can hear, see, and make sense of.

It’s still kind of frustrating that police in movies act like your batshit crazy if something completely out of the ordinary happens. There are not major monster or huge over-the-top scenes, the blood and guts are barely there but you don’t need it. Some movies have that twinge, that niche that people know. Detective Miller does some more research, he should be glad he’s not looking for Jason Voorhees, I mean, that’s a positive. 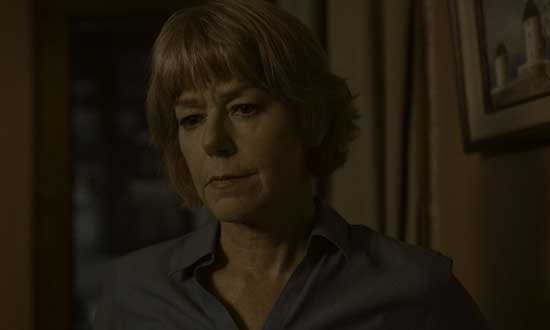 The phone call scene is completely When a Stranger Calls… It brought chills to entire body. That phone call in that film is one of the most iconic scenes ever. I would recommend watching The Dead Girl in Apartment 03.